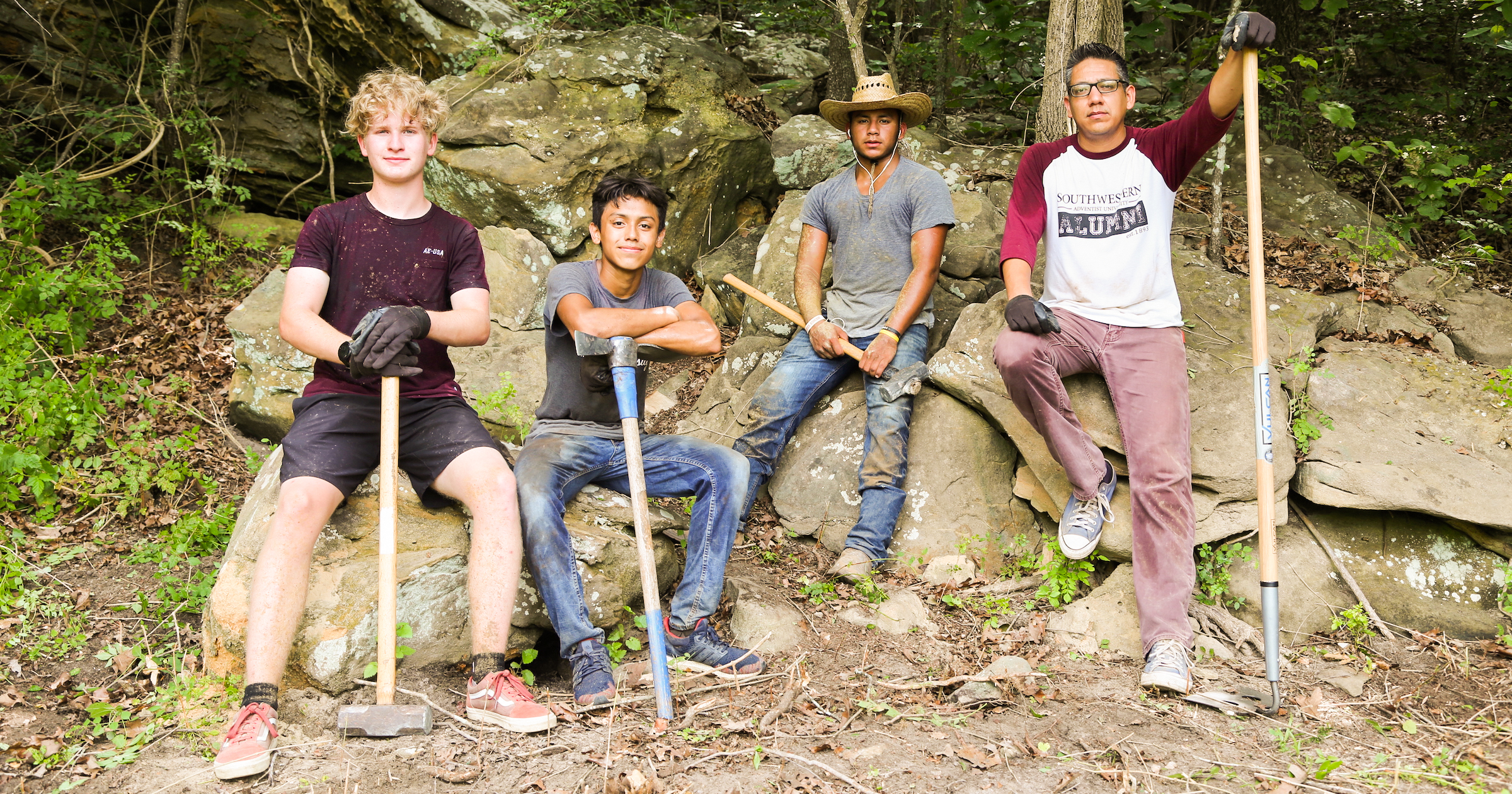 WEWOKA, OKLA. – After a week of staff training, our summer camp staff were able to serve one week during the family day camp; however, they were not able to follow through with plans to hold Junior and Teen camp as originally planned due to rising numbers of COVID-19 cases in our state.

This did not stop our camp staff from continuing their mission to serve the camp. Since our staff had already spent more than two weeks quarantined at the camp, they figured it would be better to spend the rest of the time together at the camp rather than quarantined alone at home.

For the next 10 days, most of our staff were able to stay and take on many projects around the camp. Some of the projects included striping the parking lot in front of the lodge, major clearing of the horse area/trails behind the barn, repairing many of the auditorium chairs, leveling out and clearing the new lake trail and more.

Second-year staffer Jeremy Perez expected to be a camp counselor and was disappointed that camp could not continue, but said, “God has a reason for everything. I grew closer to my friends and we got to complete so many projects around Wewoka Woods to make it look even better! Looking back now, I can tell that it was the best decision for us to close down the camp, save some money and complete some projects so that in return we can have a great 2021 Summer Camp. I don’t have any regrets staying the last few weeks!” We are grateful for the energy and effort our young people have put into making Wewoka Woods Adventist Center look better.