Rebuilding After the Storm 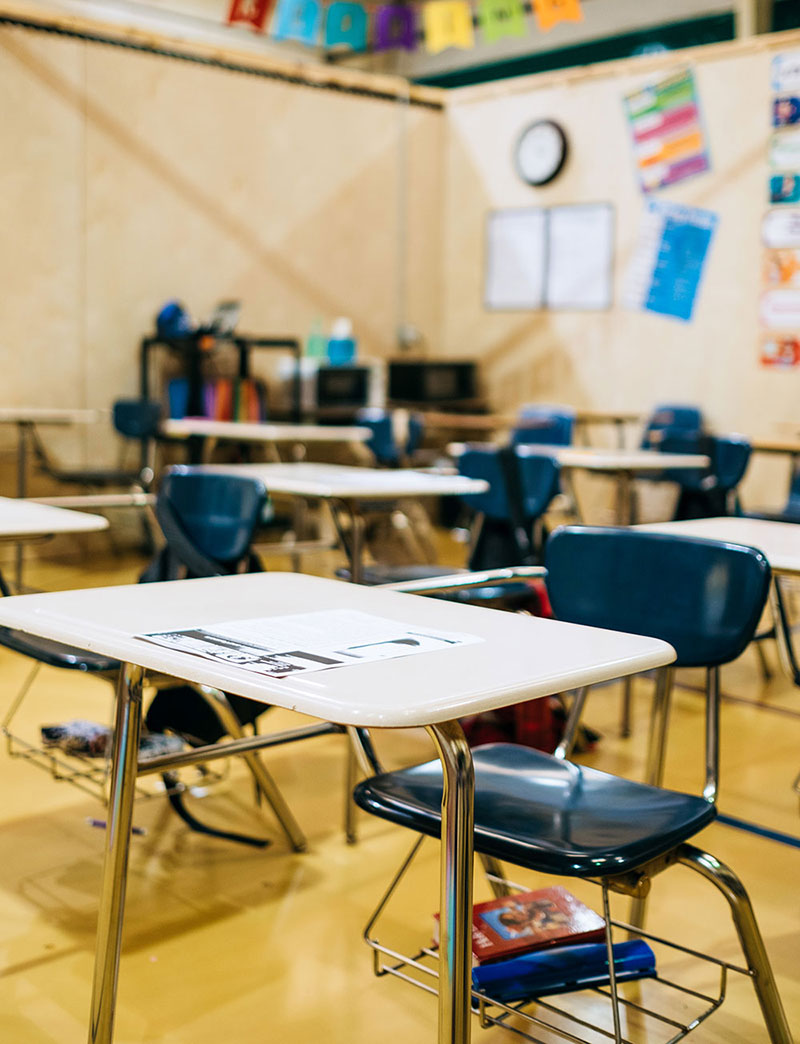 More than a year after record-setting Hurricane Harvey made landfall, the damage done to Texas still seems harrowingly fresh. This is no surprise, considering that 50 inches of rain flooded homes, schools and more.

Many people are still struggling to recover from the category four hurricane, yet the Oaks Adventist Christian School (the Oaks) in Cypress, Texas, is able to count many blessings that resulted from the tragedy.

“I have seen the Lord bless us repeatedly,” says Brenda Elms, the Oaks elementary school principal and Kindergarten teacher. “I can only praise the Lord!” It took two weeks to gain access to the Oaks campus after the hurricane. Even then, staff needed a boat to reach campus. The gym, sitting on high ground, sustained 18 inches of water damage. The elementary school became flooded by seven feet of water.

“It looked like there was a lake around the school,” remembers Lily Hernandez, treasurer for the Oaks. “We needed a boat just to get on campus. It was horrible. At the time I felt no hope at all. I don’t think I will ever forget that feeling.”

Faculty and staff decided to do everything possible to continue providing Seventh-day Adventist education. Even before plans could be made, people from all reaches of the world began to offer help.

The gymnasium became a temporary classroom for all grades. Wooden partitions, built by volunteers, separated each class. On September 3, 2017, nearly 300 volunteers from all over the Southwestern Union gathered to remove debris and clean the school. This helped the school to compile an inventory of needed items. It also made it possible for classes to resume, on campus, just three weeks after the storm.

“The Lord has blessed us,” says Hernandez. “Now I can definitely see that the Lord had a better plan, because the school is in a better position now than it’s ever been.”

The Oaks expected to experience a decrease in enrollment after the storm. Instead, it experienced the highest enrollment in the history of the school. With an increased enrollment came an increase of cash flow. The extra cash helped the school to focus on rebuilding.

In addition, the North American Division, the Southwestern Union, and the Texas Conference shared the story of what happened at the Oaks. As a result, people from all over the world sent in donations. An organization called Save the Children also made a sizable donation to help the school rebuild. Overall, the Oaks received $80,000 in donations.

These funds helped to replace all of the lost curriculum materials, as well as to complete construction on rooms for the high school, completely debt free. To mitigate harm that may be caused by future floods, the Oaks will now concentrate on building new structures on higher ground.

In January 2019, construction was completed on the former attic of the gymnasium which is now the high school. It contains four classrooms, a computer lab, and two bathrooms. A dedication service was held on February 21, 2019.

Next, the chapel will be rebuilt. As the Oaks continues to grow in enrollment, they will also work toward earning full academy status starting in fall 2019. “I don’t know who all sent in money,” says Elms, “But we were blessed by them. The Lord is waiting to bless us all, if we just wait on Him.”