With the premiere of Kim André Arnesen's choral composition Sing the Earth, 15 scholarship finalists from the Southwestern Union and around the United States, and a new fundraising record of more than $56,000 raised, the 2018 A Night at the Meyerson concert was a success. 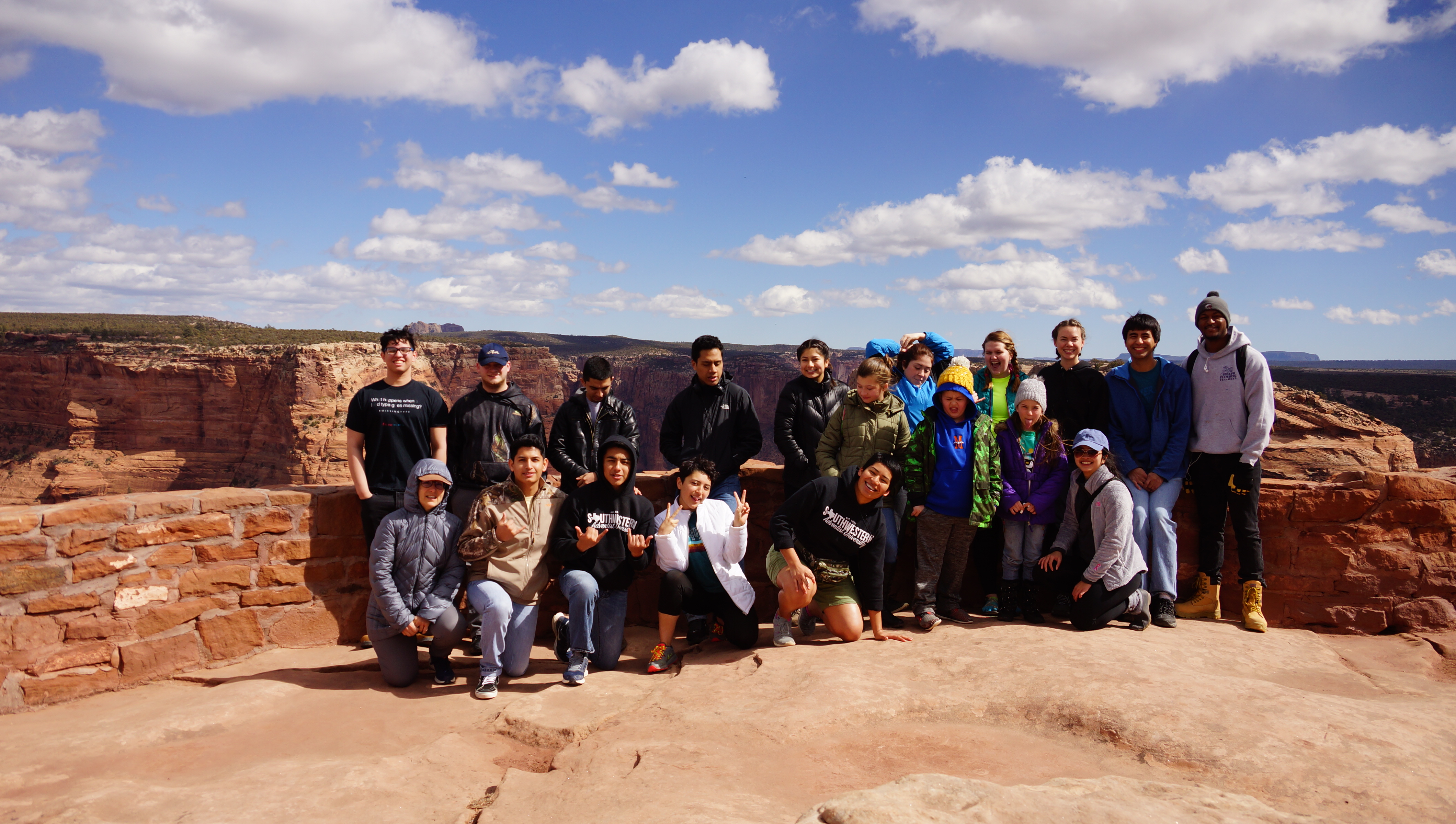 With the premiere of Kim André Arnesen's choral composition Sing the Earth, 15 scholarship finalists from the Southwestern Union and around the United States, and a new fundraising record of more than $56,000 raised, the 2018 A Night at the Meyerson concert was a success. Southwestern is grateful to the student participants, teachers, parents, and sponsors who make the event  a night to celebrate. View photos on Southwestern’s Flickr account at https://goo.gl/VB3TMU.

Two Southwestern Adventist University students have transformed the university’s app, now called IAMSWAU. The two computer science majors, Corey Hansen, a junior, and Elizabeth Nieves, a senior, collaborated together with their supervisor, David Mendoza, senior software developer for the ITS department. The two students built the app during an internship. “The app was designed to allow the students to have more important information at their fingertips,” Nieves says. “Instead of logging onto a website for information or one’s cafeteria balance, they can now find it under their profile in the app. It’s easier and more useful that way.” The app is built for both Android and Apple users and was made available to the public in February.

Congratulations to Bill Kilgore, D.Min., on his recent community award. The East Cleburne Community Center (ECCC) recognized Kilgore, a religion professor at Southwestern at their recent annual Barrett Awards Banquet with a Lifetime Service Award. Kilgore also received a community award for this project in 2012. The project entails international university students visiting children at the ECCC every week to talk to the children about their culture. The students share a 15-minute presentation about what it’s like to live in their country and what their homes and daily lives look like. They often wear traditional clothes and bring things from their country. Afterwards, the 25-50 children have the opportunity to ask questions.

Southwestern Adventist University welcomed Tim Bainum, on behalf of the Irvin and Evea Bainum (Class of 1941) Foundation, to campus to officially open the new concession and restroom facilities at the Bainum Field. University students, faculty, and Board of Trustee members were on hand to celebrate the completion of the project. The Foundation has gifted more than $200,000 to the project so far. The gift has been used to build a field house on the baseball field with restrooms, a concession stand, and equipment storage. New signage and score boards have also been added to the ball fields. “My father was a plumber by trade so when I recently walked around the ball field the first thing I noticed was that the field house was missing some necessary plumbing,” Bainum explained. “I don’t want the students walking back across the street to campus for restrooms and concession facilities. I’m just thrilled we can make this available to our students.”