Returning to the Old Paths 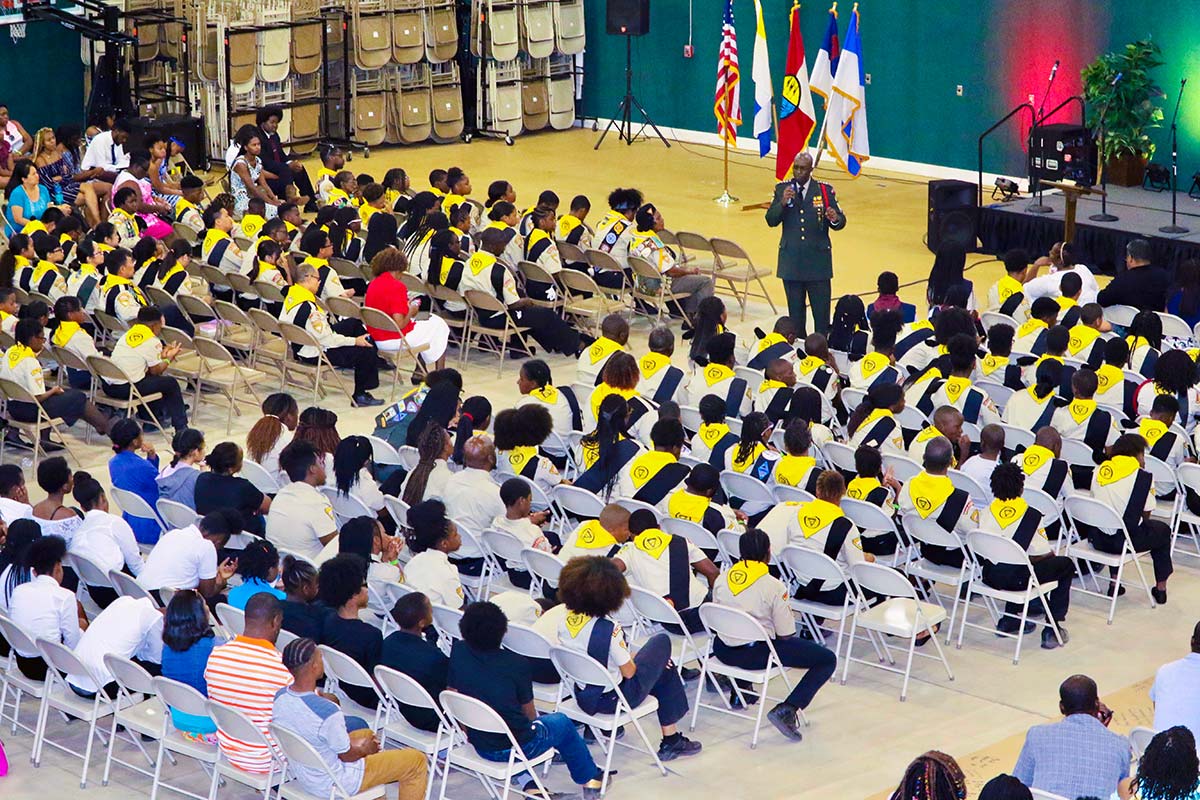 ATHENS, TEX. – The 2018 Southwest Region Conference Camp Meeting, “Returning to the Old Paths,” held something for everyone. The theme, from Jeremiah 6:16, provided the backdrop. Southwest Region Conference President Calvin L. Watkins qualified the old paths as “the standard Three Angels’ Message that has brought us this far.” In Friday evening’s welcome he added, “The more we move from the old paths, the more the devil can creep into our souls.” Throughout the four days, several speakers would echo that sentiment. The series began with pastor Tyrone Douglas’ “Righteousness by Faith” and ended with pastor Helvius Thompson’s “The Holy Spirit.”

The program included early morning devotions, workshops, a noon power hour and the evening service. The “War Room,” was inside a spacious canvas tent. Within that enclosure of an outer and an inner chamber, pastors Truman Bryant and Michael Mitchell welcomed campers with presentations on the power of prayer and the need for more unity among and within our churches. Campers recorded their prayer requests onto slips of paper and put them into a prayer box.

Many then entered one of two curtained “rooms” where they used their finger to write their petitions into a raised sandbox. Then they “erased” the petition—the act signifying Jesus’ forgiving and eradicating the offense.

During Sabbath School, Southwestern Adventist University President Ken Shaw shared about the university’s involvement in recent humanitarian efforts, including the biology professor who took his boat to rescue many during Hurricane Harvey. Student government president Samson Sembeba shared how WWJD? (What Would Jesus Do) is a part of his daily routine.

Watkins recognized Doris Jones, appropriately dubbed the “First Lady of Lone Star” and the widow of former President W. C. Jones, who had the vision to orchestrate the purchasing of the Lone Star Camp property. The worship speaker was Northeastern Conference President  Daniel Honoré. His message, “Looking for Bread in All the Wrong Places,” was based on Ruth 1. The Hebrew Bethlehem means “house of bread,” while Judah means “land of praise.” Honoré passionately shared, “God promised Israel bread for praise, but because God’s people abandoned Him by leaving the old paths and aligning themselves with the Moabites, God withdrew His blessing. When there is no bread in your house of bread, the temptation is to look for bread in the wrong place. Only after submitting to God can we pray Give us this day our daily bread. God’s bread of life can only be found in God’s house.”

Camp meeting had no shortage of music highlighted by the Sabbath afternoon concert featuring recording artist Anthony Brown and Group TherAPy. The concert, sandwiched between the choir festival and vespers, left its audience in awe as it swayed to the sometimes “upbeat” gospel songs; or sat while hardly able to contain itself, stood and sang along with the artists, always responding to the songs’ messages and their accompanying rhythmic beat.

Pastors Tyrone Douglas and Helvis Moody led out with the youth and young adults ministries. The weekend return of pastor James L. Black, Sr., for whom the youth center was named, was a welcomed voice. Our children’s ministries with pastor Charles Sanders and his staff enjoyed an early Vacation Bible School with the theme “Exploring Bibleland.”

While Singles led by Vera Ragland closed out Saturday with their Caribbean social, on Sunday, Pathfinders officially closed out the 2018 camp meeting with their drill competition. Our visionary president has already announced the 2019 theme “We’ve Come This Far by Faith.” We pray for that fulfilment as we look forward to “ten days of a united camp meeting.”