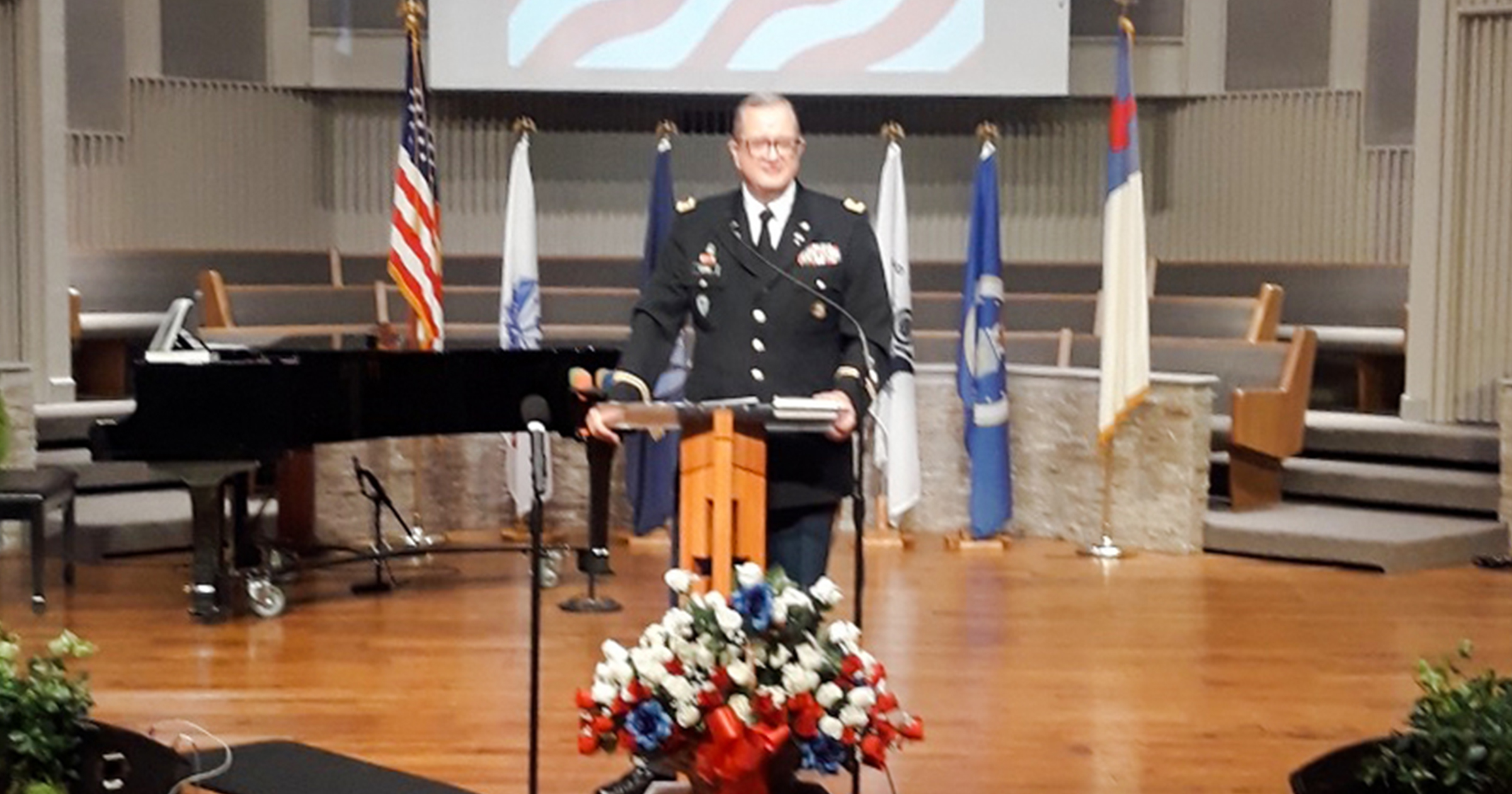 RICHARDSON, TEX. – Sabbath, Nov. 13, 2021, was a special day, thanks to the efforts of Euree Estell, Paul Blocker, Don Beck and Minta McKinney, all military veterans. Richardson Seventh-day Adventist Church in Richardson, Tex., honored several of our members for their service in various branches of the United States Military Forces. Bagpiper, Jimmy Mitchell, played several hymns including “A Mighty Fortress Is Our God” and “How Great Thou Art” to introduce guest speaker, Chaplain William Cork.

After the congregation joined with the praise team in singing our national anthem, Estell introduced William Cork as assistant director of Adventist Chaplaincy Ministries in the North American Division, with responsibility for the Great Plains Region, consisting of the Mid-America and Southwestern Union Conferences. Chaplain Cork spent 20 years as a chaplain in the National Guard and the United States Army Reserves. In his final assignment, he was part of the Strategic Initiatives Group at the Office of the Chief of Chaplains. In 2013, he deployed to Kuwait in support of Operation Enduring Freedom. Chaplain Cork retired at the rank of major.

He also has 11 years experience in full-time public campus ministry, and taught world religions at a Houston area community college. He pastored for five years in the Texas Conference.

Chaplain Cork graduated from Atlantic Union College, began graduate study in church history at Loma Linda University and received his master’s in church history and his MDiv from the Lutheran Theological Seminary at Gettysburg. He is currently a Master of Public Health student at University of Texas Health Science Center in Houston, and is an active member of state and national suicide prevention organizations.