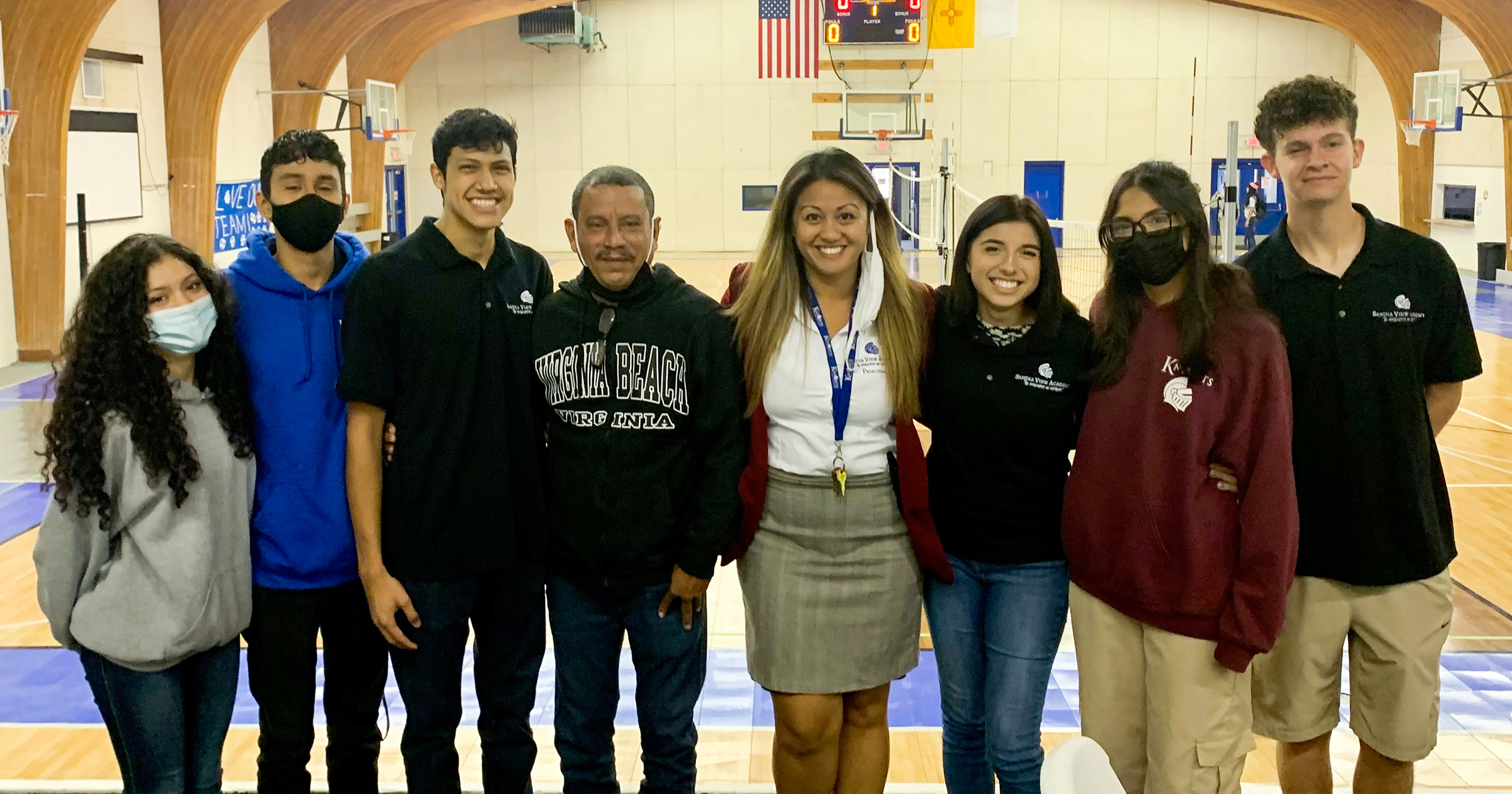 CORRALES, N.M. – When students of Sandia View Academy (SVA) met Manuel Gómez, better known as “Pipo,” during their mission trip to Puerto Rico in 2020, the only thing they knew about him was that he was a great cook. Pipo, a cook at Campamento Yuquibo, not only prepared the students’ meals during their stay, but he also developed a good relationship with them.

Pipo was born and raised in Carolina, Puerto Rico. At 17, he got into an argument with his father and left home. For the next 20 years, Pipo lived on the streets, homeless and a drug addict. His life was transformed when two young men from the local Seventh-day Adventist Church stopped at the bridge where he lived. He asked them for money, and instead they offered him food and a copy of the Spanish Adventist magazine, El Centinela.

“God was present that day so I could be saved,” said Gomez.

Today, Pipo’s passion is to preach the good news and to encourage others to share God’s love the way it was shared with him. He is also zealous about giving back to the homeless community that lives on the streets. Besides cooking at Campamento Yuquibo, Pipo owns a food truck and delivers meals to the homeless every day.

“My passion is to spread the gospel to everyone because I know personally that it is possible to reach people no matter where they are.”

Pipo also has a passion for reaching young people and that is why he was encouraged to visit SVA this past September to see the students he met in 2020.

“We were so happy to see Pipo again,” said Caitlyn Gonzalez, a senior at Sandia View Academy. “He made a big impact on us while we were in Puerto Rico. Not only did his story touch us, but he has a big heart and his energy to preach God’s love is contagious.”

Pipo took advantage of his visit to New Mexico and preached at the North Valley and Santa Fe Airport Seventh-day Adventist Churches. He gave his testimony in the best way he knows how. Dressed as a homeless man, Pipo walked into the church services discreetly and was welcomed by members. Asking for a special prayer, members soon discovered that he was the invited guest speaker after he shed his shabby attire.

“It is my way to show people where I came from and how far I have come,” said Gómez. “Our duty as missionaries and evangelists is also to support our youth and help them grow. They are essential to the present and future mission of our church.”

Students at SVA hope it is not the last time they see Pipo. They are grateful for the mission trips that allow them to make these meaningful connections. As for Pipo, he continues to leave a lasting impression on everyone he meets and promises to keep sharing God’s love every opportunity he gets.