Joseph Bates, a founding father of the Seventh-day Adventist Church, thrived on adventure. 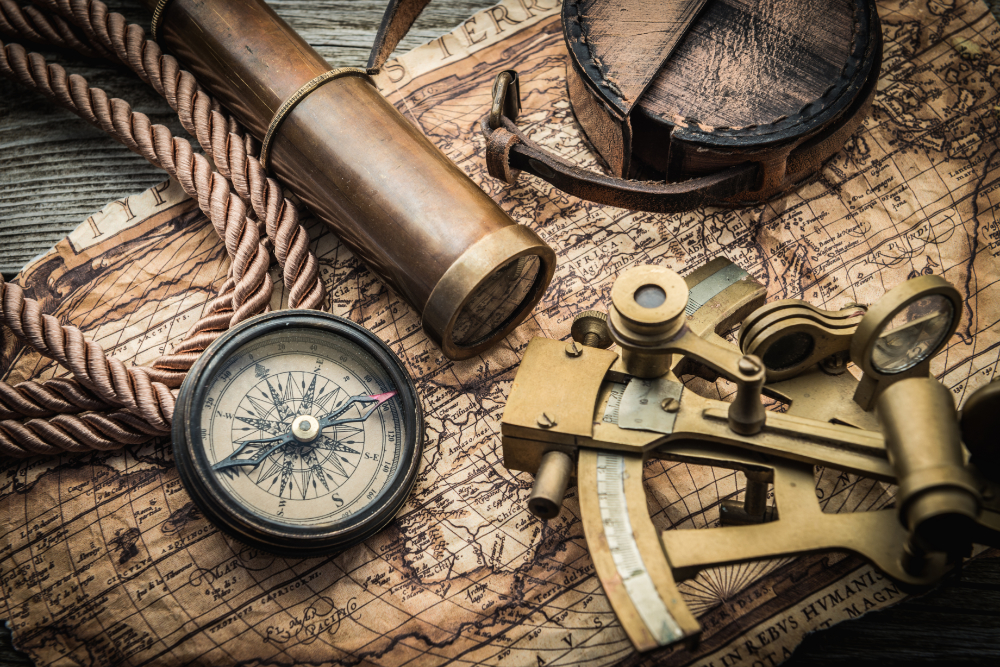 Growing up in the whaling town of New Bedford, Massachusetts, stories of adventure at sea filled Joseph Bates’ young mind. His stoutly Christian father disapproved. The image of a swearing sailor, spitting tobacco with a mug of gin in hand, appalled him. In hopes that a voyage might cure his son of dreams at sea, he allowed Bates to take a short journey to Boston. Rather than “cure” him, that journey ignited a sense of adventure in Bates.

Just before Bates’ 15th birthday, his father permitted him to sign on as cabin boy aboard the Fanny. The journey from Massachusetts to Europe promised danger and discomfort… just what Bates longed for.

Although not a professed Christian, Joseph Bates often called out to God in the face of death, a common occurrence at sea. In the spring of 1809, the pounding sea flung his ship into an iceberg off Newfoundland. Shipmates fell to their knees in prayer, crying for mercy. Bates prepared to die. Only a last minute “act of providence” saved both ship and crew. Even so, Bates did not pursue a personal relationship with Christ until many years later.

Death was not the only danger at sea. Privateers captured Bates and threatened to cut off his fingers if he did not obey their demands. Earlier, the ship owner had attempted to bribe Bates and the crew not to speak about shrouded business dealings. A combination of moral backbone and the threat of losing fingers compelled Bates to honesty and he journeyed free. He would not be so lucky later on.

On the evening of April 27, 1810, a press-gang entered a boarding house in Liverpool, England. At sword-point, they “recruited” Bates and several other Americans to join the Royal Navy. A constant need for recruits during England’s war against Napoleon led England to forcibly compel over 6,000 Americans into the British Navy. This practice eventually contributed in starting the War of 1812 between the United States and England. Filthy living conditions, poor rations, and customary floggings colored life at sea. Bates remained forcibly in service for five years, including time spent as a prisoner of war.

Bates exemplified a strong will to stand up for beliefs, despite difficulties. When England urged 200 Americans in Bates’ squadron to fight for them against the French, only six men, including Bates, refused. He refused to fight for the enemy as a prisoner of war, inspiring progressively more and more men to follow his lead.

The Treaty of Ghent ended the War of 1812 on December 24, 1814. Before release, Bates witnessed the Dartmoor massacre, in which guards killed or wounded more than 60 Americans for protesting continued imprisonment after the end of the war. He finally arrived home on April 27, 1815. Bates felt Christian inclinations during his time at sea, but the life of a sailor distracted him. Morality remained more important than religion to Bates, inspiring him to stand firm for his rights.

Despite prolonged absences from home, Bates desired a family. He married the daughter of a sailor, Prudence Nye, on February 15, 1818. They had five children. A converted Christian, Prudence hoped for Bates to open his heart to Christ. She encouraged personal Bible study. Observing a pack of novels and romances that Bates collected to read at sea, Prudence secretly packed a pocket New Testament into his luggage. He poured over the pages, leaving his sensational novels untouched. Personal Bible study dominated all of his free time. Upon return home in 1827, Bates decided to be baptized.

He began to focus energies on Christian endeavors. As a sea captain, Bates faithfully delivered sermons to his crew each Sunday. Now, rather than romances and novels, Bates packed a Bible and Christian literature out to sea. He read about the Sabbath, trinitarianism, revivalism, and more. As a member of the Christian Connection Church, Bates set the Bible as his standard. He became a leader in the church, as well as one of the champions of health reform, abstaining from all alcohol, tobacco, and caffeine, and becoming a vegetarian.

One effect of conversion was to draw Bates closer to family. So, after 21 years, Bates retired with a small fortune from life as a sailor. In 1839 he accepted the teachings of William Miller that Jesus would soon return. Never one to sit on the sidelines, Bates became an activist for the Millerite movement. Some of Bates’ jobs included working as a circulation agent for Signs of the Times, preaching about the second coming, and writing Biblical tracts for publication. His work converted many people to follow the Millerite movement, including James and Ellen White.

In preparation for the Second Coming, expected first in 1843, Bates sold his home, paid all debts, and used the remainder of his money to sponsor the preaching of the advent message. The world did not end in 1843, neither in October 1844, leaving Bates and all early Adventists bitterly disappointed.

Bates returned to intense personal Bible study and reading of Christian literature. The next year, during Bates greatest uncertainty and confusion, he studied and accepted the seventh-day Sabbath. This buoyed his faith and eventually led to greater clarification about the Second Coming. Trusting the truth of the Bible, Bates took heart and refocused his energies on evangelism.

Molded by a life at sea and accustomed to hard conditions, Bates eagerly dedicated everything to evangelism. His tireless work and personal study led to the formation of the Seventh-day Adventist church. The certainty of Bates’ conviction inspired many others to personal Bible study and conversion. It all started with a pocket New Testament in the cabin of a ship.

Makala James is a writer and journalism graduate from Southwestern Adventist University. She lives in Granbury, Texas, with her husband, Denny.