Sharing Hope and the Love of Jesus in Ukraine 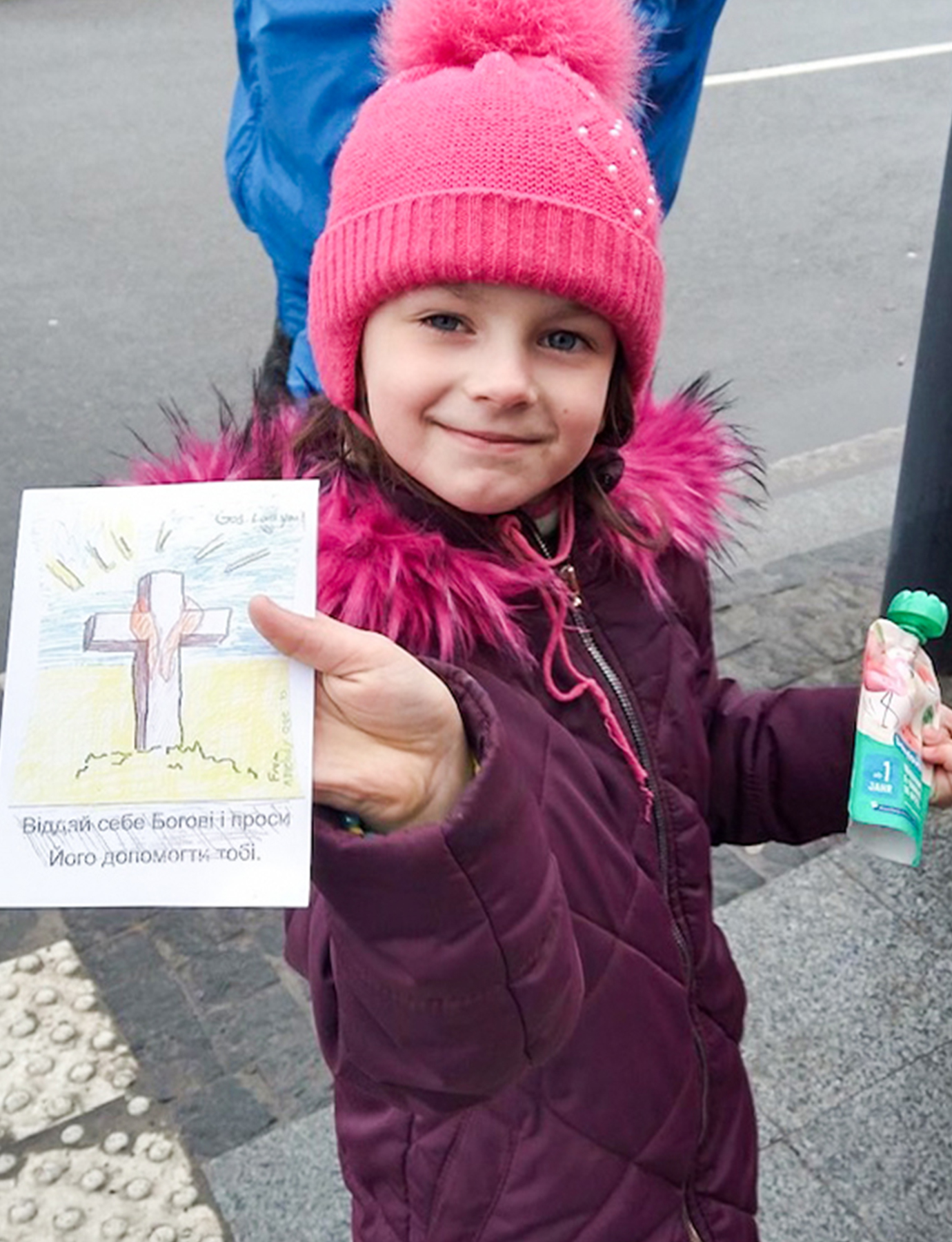 God said to go. Driven by Matthew 28:19-20, a group of Adventist believers traveled to Europe to bring hope and share the love of Jesus.

The Gideon Rescue Company (GRC) is a disaster evangelism ministry based in Ardmore, Oklahoma. God has blessed us with medical skills, rescue skills, search and rescue K-9s, rescue boats, vehicles, planes, cranes and so much more. But the greatest blessing we have been given is our message as Seventh-day Adventist Christians living at the end of the age. Our only tactical advantage is in our name as a people: a people who keep the commandments of Jesus Christ and believe this same Jesus is coming soon!

When war broke out between Russia and Ukraine, many of us never thought God would call us to the literal front lines of a conflict zone. We quickly realized the principles we have been learning in natural disaster response apply equally to the man-made disaster scene of war.

In 2019, GRC was interviewed on 3ABN Today regarding disaster response and evangelism. There we were asked what we needed as a ministry and we prayerfully responded: 1 million GLOW tracts (pocket-size tracts on various subjects with messages of hope and future in Jesus). With over ten years of disaster response, we have recognized the desperate need of truth-filled literature in the wake of a natural disaster. God did not immediately grant our request for 1 million GLOW tracts.

A few days after war broke out in Ukraine, a small group of GRC team members made a choice to be bold in Christ for the sake of vulnerable souls in Europe. A number of individuals from different backgrounds joined together with one mission in their hearts: The refugees that are fleeing Ukraine need to know the love of Christ and that He is coming soon!

Knowing that this was very much out of our comfort zone or experience, we pleaded the Lord would give us definite confirmation that He would send us into an active war zone. It was a struggle for each of us as we did not want to err on the side of presumption. Yet, we could not avoid the clear burden that was placed on our hearts to go. God had provided His answer in His Word. He even assured us with His personal promise: “I will be with you.”

We purchased flights to Poland in faith. We were met by individuals from all over Europe that were on fire for Christ. Their prayer was to help bring hope in Christ in a time of tragedy. The Seventh-day Adventist Church in Rzeszow, Poland was very loving and played the perfect host as our team sought God’s will before entering Ukraine. God soon opened the doors for our team to travel into Lviv, Ukraine to spread the Word of God. We were positioned at the train station in Lviv that became a hub for 50,000 souls fleeing west for safety. When we arrived in Lviv, the local Seventh-day Adventist Church graciously shared Bibles, Steps to Christ, The Great Controversy, The Desire of Ages and GLOW tracts on a variety of different topics from their own stockpiles. The receptivity rate at the train station was nearly 100 percent.

However, we soon faced a dilemma. After a full day of placing hope in the hands of hurting people, we ran out of literature. We all looked around at an ocean of people, seeing the hurt and anguish in their eyes, and we felt their hopelessness. We fell on our knees and again pleaded with God for His help. Matthew 7:7 says, “Ask and it will be given to you; seek and you will find; knock and the door will be opened to you.” That very same day, we received a phone call from the United States. An anonymous donor had contacted GLOW and paid for one million GLOW tracts to be printed in the Ukrainian language right there in Poland! Needless to say, God answers prayers—even from 2019!

God was able to use many hands and many platforms to distribute the first one million GLOW tracts across Ukraine and beyond into Europe where countless are seeking refuge. We may never know the impact of one small paper tract this side of Heaven—but in the spirit of 1 Corinthians 3:6-9 we know that one plants and another waters, but in the end God gains a harvest!

God continued to give us platforms to reach people not only at the train station but in the city of Lviv. A Great Controversy was given to the mayor of the city, and our team was invited to a Civil Defense Training Academy to teach tourniquet application and basic first aid on the battlefield. Each class had approximately 30 students and at the end of the class we were able to share the reason why God would send a team from the far reaches of the earth to let each of them know that God loves and cares for the people of Ukraine. With tears in their eyes they readily accepted the literature that God had provided in their own language.

Today, the mission continues in Ukraine as we currently have three team members on the ground at the time of this publication. Pray for the church in Ukraine! Pray for God’s Word to go forth with power!