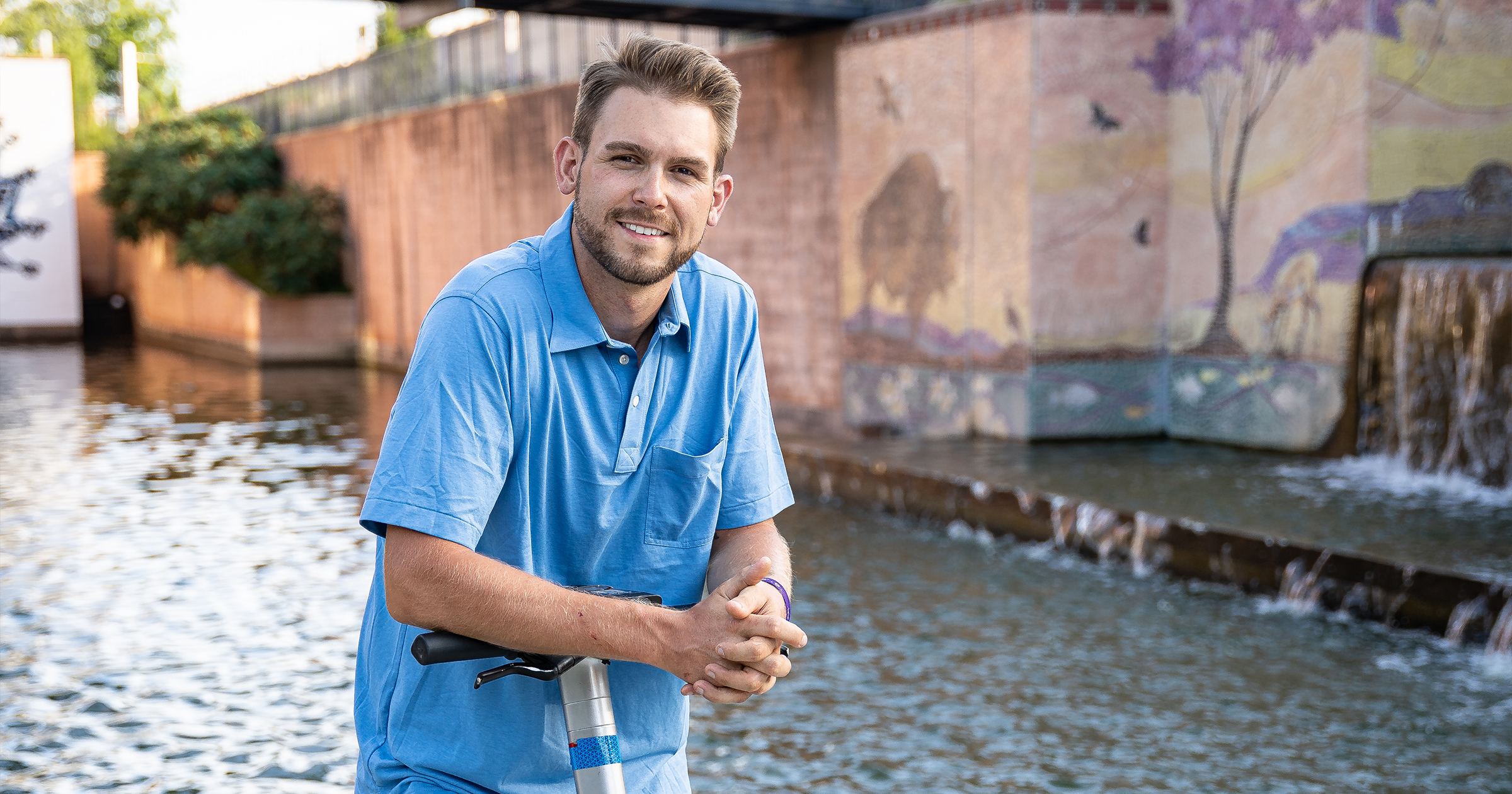 “We were asked to pick them up at the airport and take them to their hotels as their first point of contact,” he explains today. Since then, what was a basic task has grown both in complexity and magnitude. Today, 40 Seventh-day Adventists from the Oklahoma Conference, linked together via WhatsApp, volunteer to help Afghan refugees under the moniker “Adventists4Afghans: Oklahoma City.”

Their service includes helping refugees get their driver’s licenses, buying groceries and helping them adapt to American life. One of the unique ministries that Parks is involved with is the donation of sewing machines for Afghan women, who are then taught how to use them. The loosely knit group of volunteers is led by Farley, who, according to Parks, has more contact with the Afghan elders and deals with larger issues that come up. Farley and the team he created enter into this ministry discerning that God was doing something beautiful, and drawing Afghans that they may come to experience the love of God in meaningful ways.

Recently, Parks and Farley visited an apartment where a refugee’s car had been rear-ended by another car. The driver of the other car spoke only Spanish, and two translators were needed: one speaking Spanish, the other speaking Pashtu, the language of Afghanistan.

Parks has learned a lot about Afghan culture throughout his experience. “They always have dinner together, even if it’s not actual family,” he says. He finds they are open to adapting to a new environment, with some more conservative than others.

Parks also does a monthly ministry where he spends time on scooters with the younger guys. He takes them either downtown or to nearby Lake Hefner for some decompression time.
“Some have English-speaking ability, some don’t,” Parks explains.

In working closely with them, Parks has learned a lot about the challenges that face these refugees. The language barrier is the first obstacle, making it hard to find jobs. Many of the men had been thriving in construction work while they were in Afghanistan, but now struggle because they can’t speak English. The second challenge is the cultural differences. They aren’t used to America and are highly dependent on each other, and shy to ask for help. “At the same time, they love to invite you to dinner,” Parks says. “It’s kind of beautiful.”

Finally, they have the practical challenge of lack of resources. In many situations, they need to be able to apply for credit and become members of our society. Parks saw this as a very daunting task and realized his need to trust God. But he, and the others who volunteer, can see the wonderful things that God is accomplishing with their help. It’s exciting!

“Most of what I’ve helped them with are things most people have a basic knowledge of,” Parks says. But their ministry is more than just providing basic needs for these refugees.
Gabriela Phillips, Adventist Muslim Relations coordinator for the North American Division, trained Parks and others in his group. Adventists4Afghans in Oklahoma City is one chapter of a larger organization that helps refugees throughout North America.

“How much volunteers do depends on the needs of the refugees and the abilities of the volunteers and how far the refugees are open to such interactions. We are people of blessing, how far that blessing enters each house is for the refugees to decide,” she explains. “Every ministry is different.” Phillips explains that the goal is to build “kingdom relationships.” It’s important that volunteers look at their time working with refugees as not just a project, but relational. “They will tell you what they need.”

Phillips says that the ministry goes through three phases, with volunteers deciding how comfortable they are doing each step. The first is resettlement, where volunteers help them with basic needs, like food, housing and transportation. The second is emotional, social and spiritual support, where refugees transition from basic, immediate needs to more abstract needs. The final step is discipleship, where the volunteers lead them into a relationship with Jesus.
“Some volunteers just do step one,” Phillips explains. “Others go on to step two or three.”

The project started because of love. Love for Jesus. Love for those who need to know about Him. And now it has grown to the point where love is mutual. Parks feels that he benefits every time he volunteers. “I started telling them I loved them and now they can’t tell me enough how much they love me,” Parks says.

“For anyone who wants to do mission work, this is a crash course in doing that while still at home. It’s rejuvenating every time I go,” he says. “Afterwards, I feel better.”

By Glen Robinson.
Robinson is a published author and freelance writer based in North Texas.
Photography by Bailley Schmidt. For safety and security purposes, the refugees that Parks and Adventists4Afghans: Oklahoma City serve were not able to be photographed. Brandyn Parks is a member of the Oklahoma City Central Seventh-day Adventist Church, in the Oklahoma Conference.