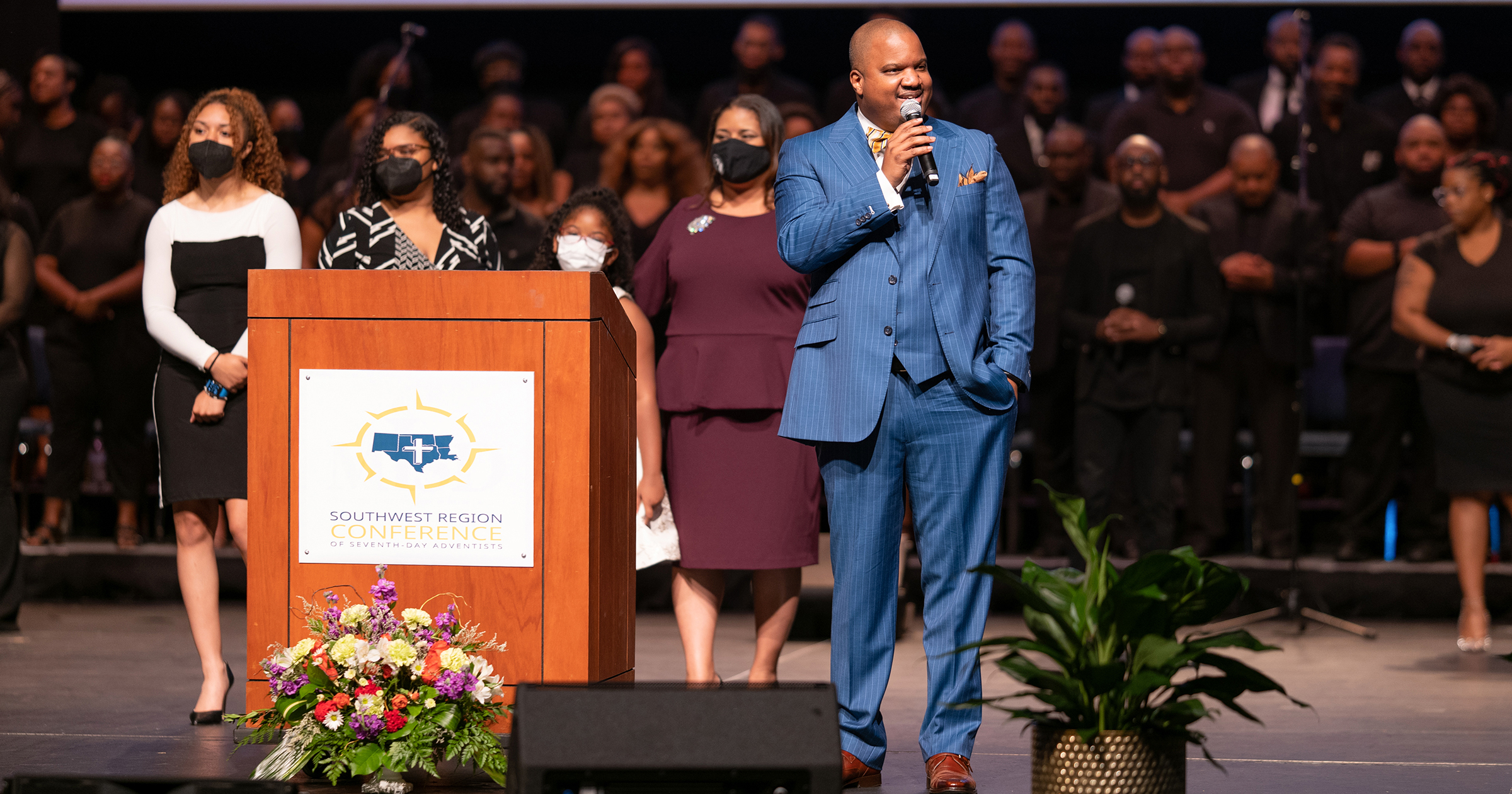 DALLAS – Seventy-five years ago, with 27 churches, 1,700 members, 17 workers, four schools and an annual tithe of $70,773,59, the Southwestern Mission, the forerunner of the Southwest Region Conference, was born. The Southwestern Mission primarily consisted of the Black constituency of the Seventh-day Adventist Church spanning the states of Arkansas, Louisiana, New Mexico, Oklahoma and Texas.

On Oct. 16, 2021, at the spacious 5,000 seat Mansfield Center for the Performing Arts in Mansfield, Tex., over 2,000 worshipers from across the five-state territory came together and praised God for 75 years of the Southwest Region Conference!

The children and youth were not forgotten as a worship experience was planned just for them simultaneous to the adult service. The special feature was “The Power Team” of Dallas, Tex. and the Psalm 3 Mime Ministry from Atlanta, Ga.

For the afternoon, a special pastoral ordination service was held for Timothy Lee, pastor of the Caffin Avenue International and New Orleans East Churches in New Orleans, La. Tony Anobile, Southwestern Union vice president for ministries, was the speaker with a challenge given by Carlos Craig, Southwestern Union Conference president. Immediately following ordination, a special historical celebration commenced honoring the former living Presidents and Retirees of the Southwest Region Conference.

The day closed with a Parade of Nations representing the diversity of the Southwest Region Conference and Musical Vespers which featured various musical groups. Emphasizing the theme, “The Future Is Now,” the conference’s major four emphases were highlighted throughout the day: 1) Evangelism, 2) Adventist Education, 3) Digital and Media Ministry and 4) Youth and Young Adult Ministry. By God’s grace, the intentionality and implementation of these initiatives will further hasten the coming of our Lord and Savior, Jesus Christ.