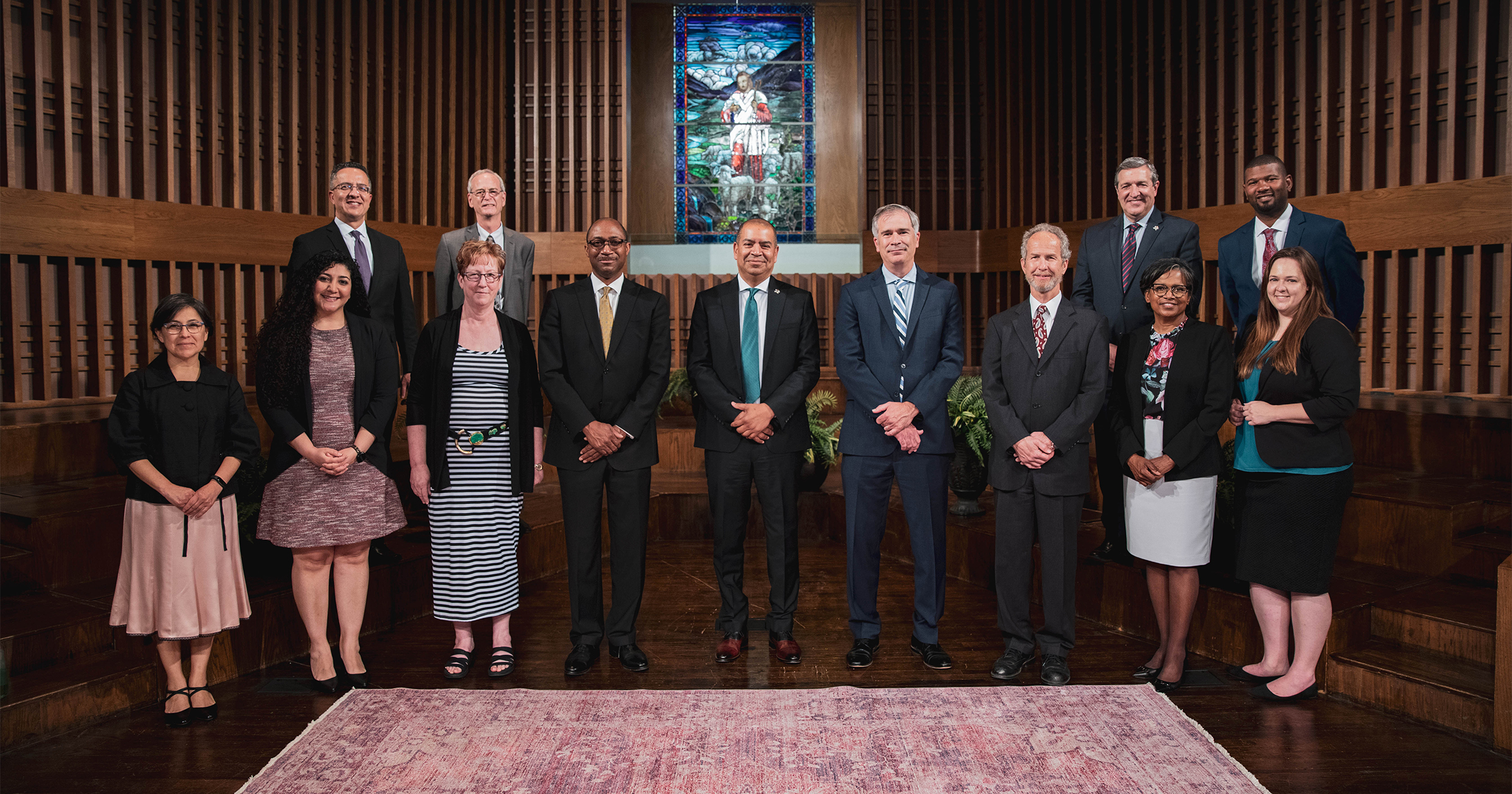 Keene, TEX.  –  The 31st Constituency Session of the Southwestern Union was held on April 25, 2021, at the Keene Seventh-day Adventist Church in Keene, Tex. A worship session began with a welcome from retiring Southwestern Union President Larry R. Moore, before Debleaire Snell, senior pastor of the First Seventh-day Adventist Church of Huntsville, presented a stirring and sober message on the topic of understanding God’s timing, based on 2 Chronicles 12.

The business session was then called to order, and officers, vice presidents and departmental directors presented video reports on the work of the Southwestern Union from 2016-2021. A special recognition service for Moore thanked him for his 49 years of service to the Lord.

As the nominating committee continued to meet, the delegates heard reports from Penny Johnson, President and CEO of Texas Health Huguley Hospital, and from Ken Shaw, then-president of Southwestern Adventist University. Shaw had previously announced his call to become the president of Southern Adventist University in Collegedale, Tenn., which he is set to begin in June.

Buford Griffith, then-executive secretary, presented a report from the constitution and bylaws committee with proposed changes. After some discussion, the proposed changes were moved and accepted.

The nominating committee recommended the following officers, vice presidents and departmental leaders, which were put to a vote and passed:

Carlos Craig presented closing remarks for the session, which was then closed with prayer by Kyoshin Ahn, executive secretary of the North American Division.