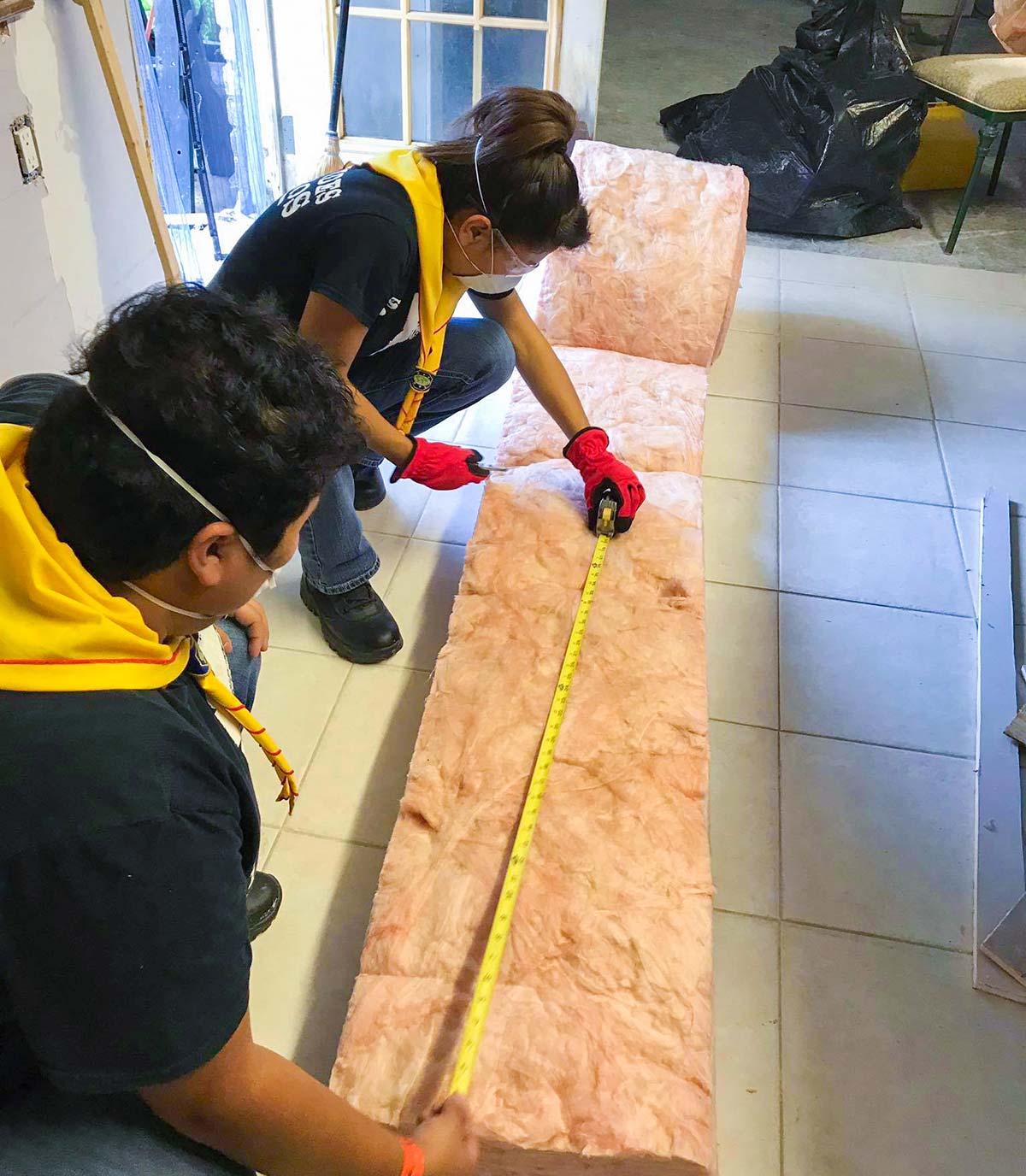 HOUSTON – When Hurricane Harvey hit the Houston area last summer, members of the Houston Spanish Little York Seventh-day Adventist Church surveyed their community to see who could use help.

One community resident in need was Francisco “Fran” Serrano (bottom right). With house damage from two previous storms already, Fran had been living in his home for a year and half without running water and had created a makeshift shower in his backyard. In the weeks that followed, Little York church members removed damaged walls, replaced insulation and added drywall. "They even moved some walls to give me more space," Fran shared, excited about the changes. Most importantly, they gave him running water.

Fran was so impressed with the willingness of service from the members without asking anything in return that he started asking the members what they believed while they were working. Touched by the message, Fran decided to join the Little York church family.

"We are trying to be the hands and feet of Jesus," shared Saul Flores, Little York Spanish church pastor. Church members continue to service hundreds of people still recovering from the storm. After all, that is what Adventist Community Service is all about.