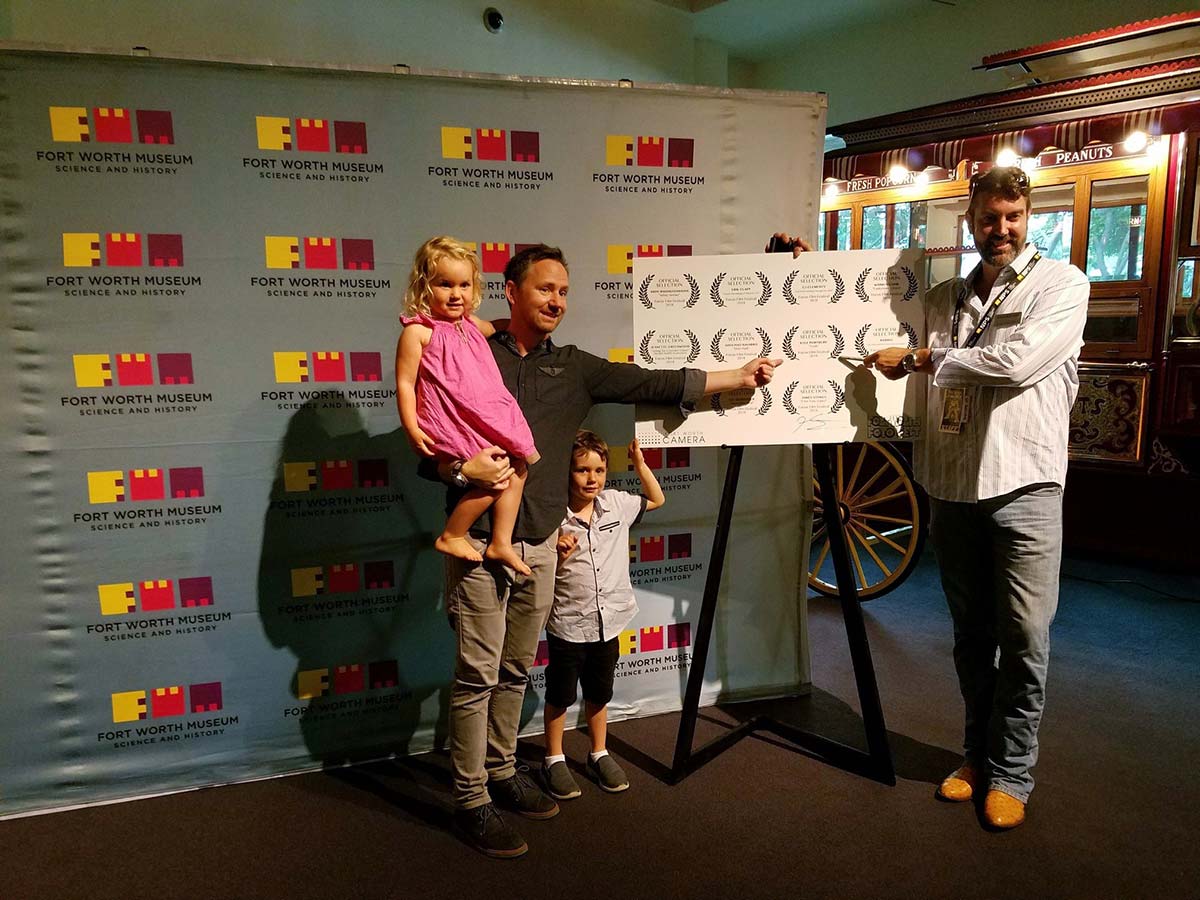 KEENE, TEX. – The animated short film project, “Truth,” was selected for the Fort Worth FotoFest Film Festival this May. Faculty and students joined professor Kyle Portbury (pictured left) at the festival held at the Fort Worth Museum of Science and History.

“It was an honor to have ‘Truth’ officially selected and students enjoyed the film on the 8-story high Omni IMAX screen,” says Portbury. “‘Truth’ tells the story of Sojourner Truth’s extemporaneous speech, ‘Ain’t I a Woman.’”

The film, funded by a Sicher Endowed Faculty Grant and GoodtoGo Media, is screening at other festivals ahead of its official release. It was shown at the SONscreen Film Festival in Washington, DC along with student short films “Senior Year” and “Still Senior Year.”