Ozark and Parkview Help with Clean Up Efforts in Tulsa 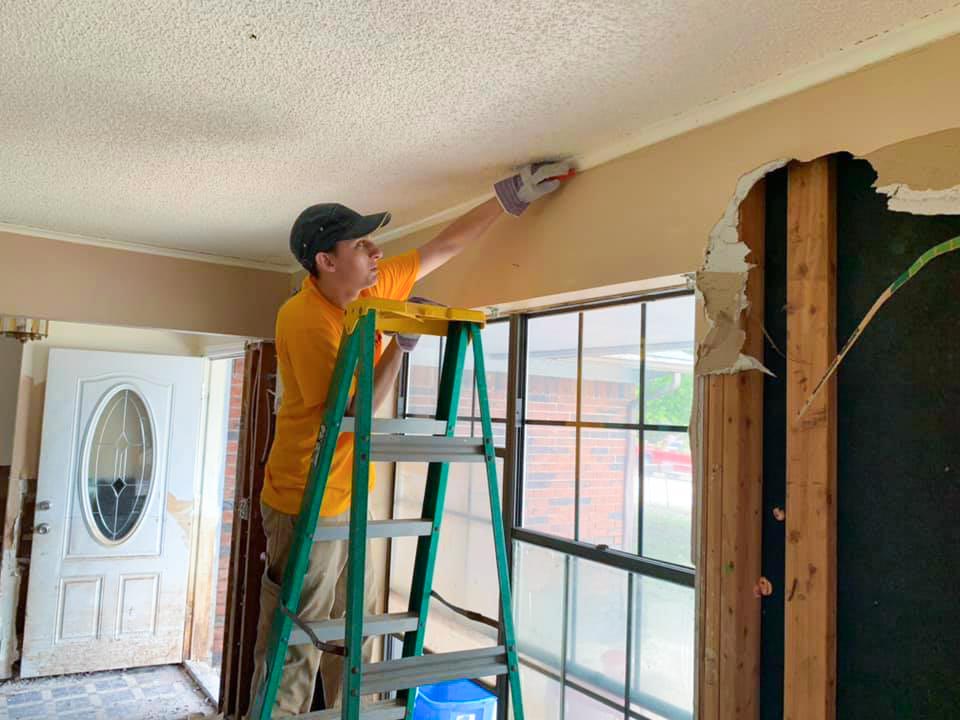 TULSA, OKLA. – Torrential rains in the month of June flooded many areas in Oklahoma. Tulsa and the surrounding areas were particularly hard hit.

James Bokovoy, district pastor and Native Ministries assistant director, started working with local authorities as the flood waters started receding. Many people were removing soaked furniture and drywall in preparation for rebuilding. One neighborhood he worked in had great need, but few volunteers. He phoned the Native Ministries Director, Jim Landelius, and asked if it would be possible to mobilize a team to help out.

A small team consisting of students from Ozark Adventist Academy in Northwest Arkansas and Parkview Adventist Academy in Oklahoma City, along with  the two pastors, met and worked for several hours removing drywall. During one break the family poured out their thanks. There was so much work to do and each day no one came to help. “We had almost given up hope anyone was coming,” one family member said. It was hard, hot work, but the team enjoyed themselves immensely and are ready should disaster strike again.