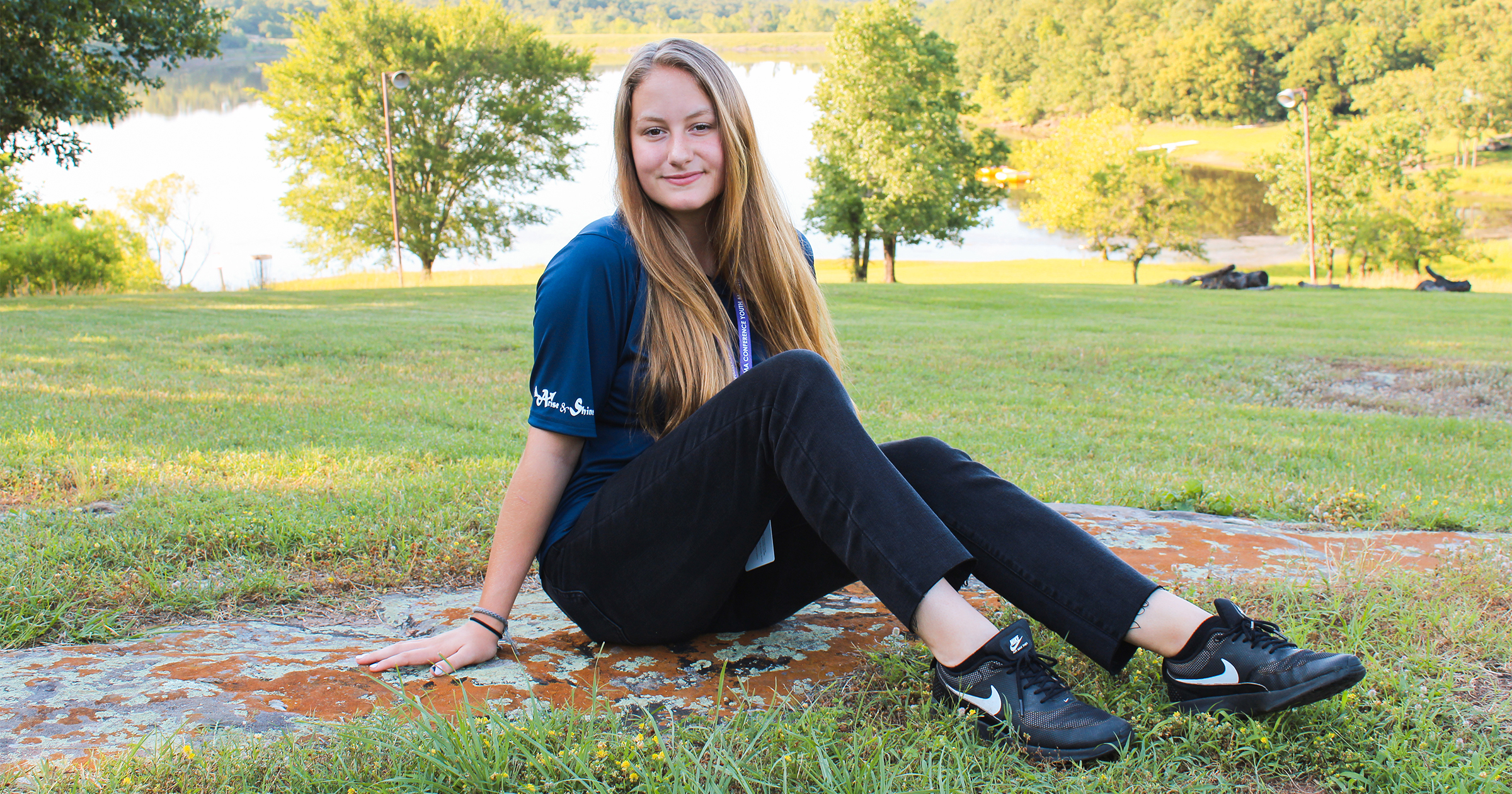 TULSA  – Brianna Reid, a student at Tulsa Adventist Academy, is only 17 years old but she has already saved a life. The incident occurred toward the end of July, 2021. Reid recalls she was driving around with her sister and “somehow we ended up in Arkansas.” They stopped at a Dollar General store to use the restroom; they went inside but didn't see anyone in there. “We were super confused, but we just decided to go to the bathroom.” As they walked to the back of the store, they saw a little crowd gathered by a shelf.

Reid’s sister wanted to leave, but “I told her I wanted to stay to see what was wrong, and that’s when I saw the man laying on the floor. There was blood everywhere. Then, everyone started backing up, and I asked if anyone knew CPR. I waited a few minutes to see if anyone would speak, and no one did. I told them I had worked at a summer camp and had my CPR certification. I asked them if I could help, and they agreed. I assessed the man; he seemed to be about 70 years old. He had no pulse and wasn’t breathing, so I opened his airway by tilting his head back. I opened his mouth and started doing compressions.”

Reid continues, “I told a lady to call 911, and the Emergency Medical Services Authority (EMSA) arrived about five minutes later. I explained everything I knew to them, and someone else told them the rest. They got the man into the ambulance and took him away. I was told by a firefighter that they were able to regain his pulse.”

Reid was scared and nervous: “After everything happened, I just felt so overwhelmed.” Her lifeguard training at Wewoka Woods Adventist Center helped her know what to do and be brave enough to help. I asked Reid if she thinks that God led her to be a lifeguard and learn the training she did so that He could use her to help in this situation and possibly others. She replied, “There was definitely a possibility that God led me to learn CPR and to go on that drive, considering we weren’t even planning on doing that or going there.” Reid recommends that everyone who can learn CPR and first aid. She affirms the idea that no one is too young to make a difference. We can all gain inspiration from her story and from her brave spirit.

By Brianna Reid and Cassidy Shaw