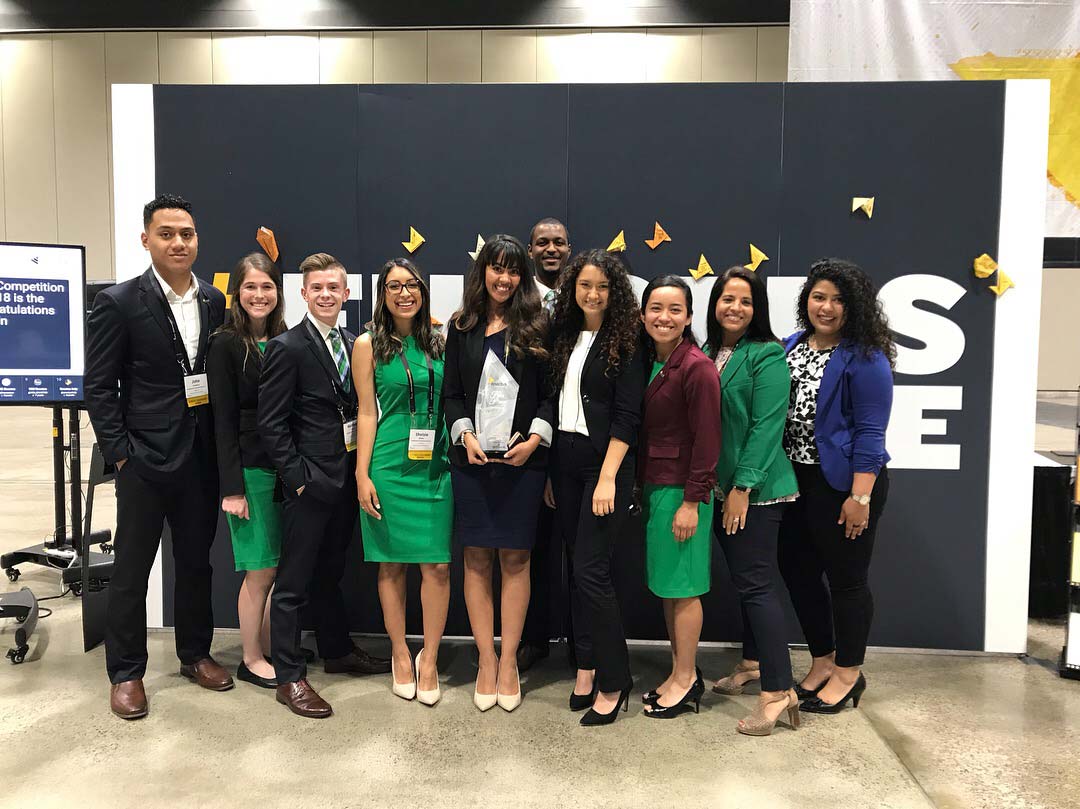 KEENE, TEX. – Students on the Enactus team recently travelled to the Enactus National Competition and job fair in Kansas City. The SWAU Enactus team placed third nationally in their league in the opening round. This places the team in the top 28% of all competing teams, with over 170 teams in the United States. They also received the Jack Shewmaker Spirit Award, which comes with a $2,000 prize for the team to use in future projects.

The competitions are challenging, team-oriented events that create a sense of accountability and motivation for teams to continually improve the quality of their community projects. The judges who assess the clubs are business professionals and executives from partnering corporations such as Walmart, CVS, Microsoft, and Home Depot.

Over the last four years the team has earned $8,600 in partnership grant funds plus over $11,750 in Enactus competition awards. Last year the team also won the Unilever Bright Future Partnership and Sam's Club Step Up for Small Business Partnership grants. Learn more at swau.edu/enactus.