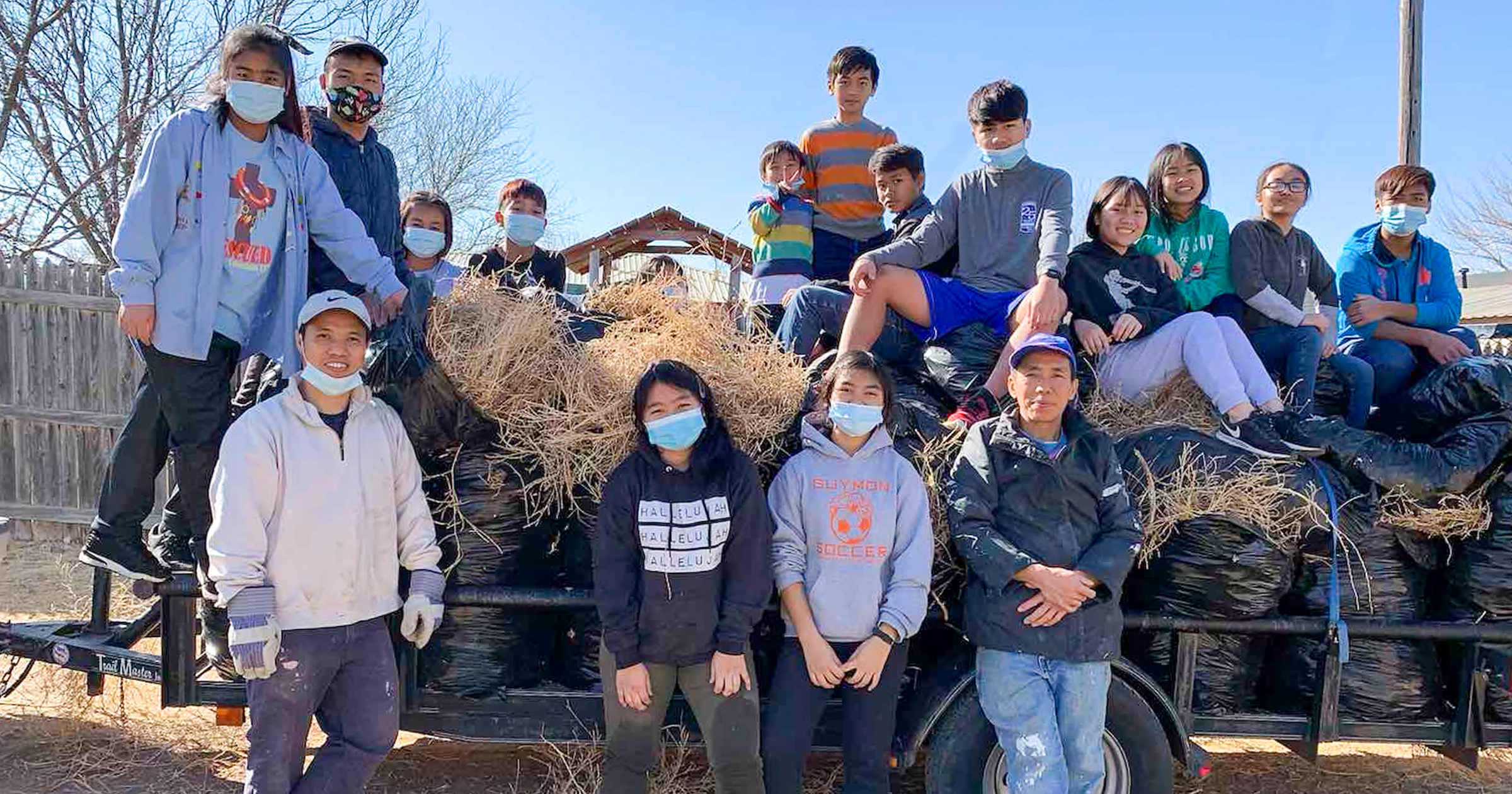 GUYMON, OKLA. – The Guymon Hornbills Pathfinder Club has an ongoing elderly service project. They have helped elderly people around Guymon with many different yard and home projects. During the pandemic they have not been asked to come help as much. In November, the Pathfinders were passing out literature and met a man in great need. Later, the spring high winds brought in large armies of tumbleweeds and had filled up yards and streets.

This man could not take care of the tumbleweeds, so the Pathfinders came to help. The tumbleweeds were up to five feet high in his backyard, so the kids came up with different ways to flatten the weeds before bagging them up. The Pathfinders jumped on them, broke them and placed ladders on them and jumped on the ladder. The bags filled with the squashed tumbleweeds filled the dumpster and a truck with a trailer, but the yard was now empty of the tumbleweeds. The gentleman was so thankful for the help and telling others that we can help them also.