A Passion for Health and Adventist Education 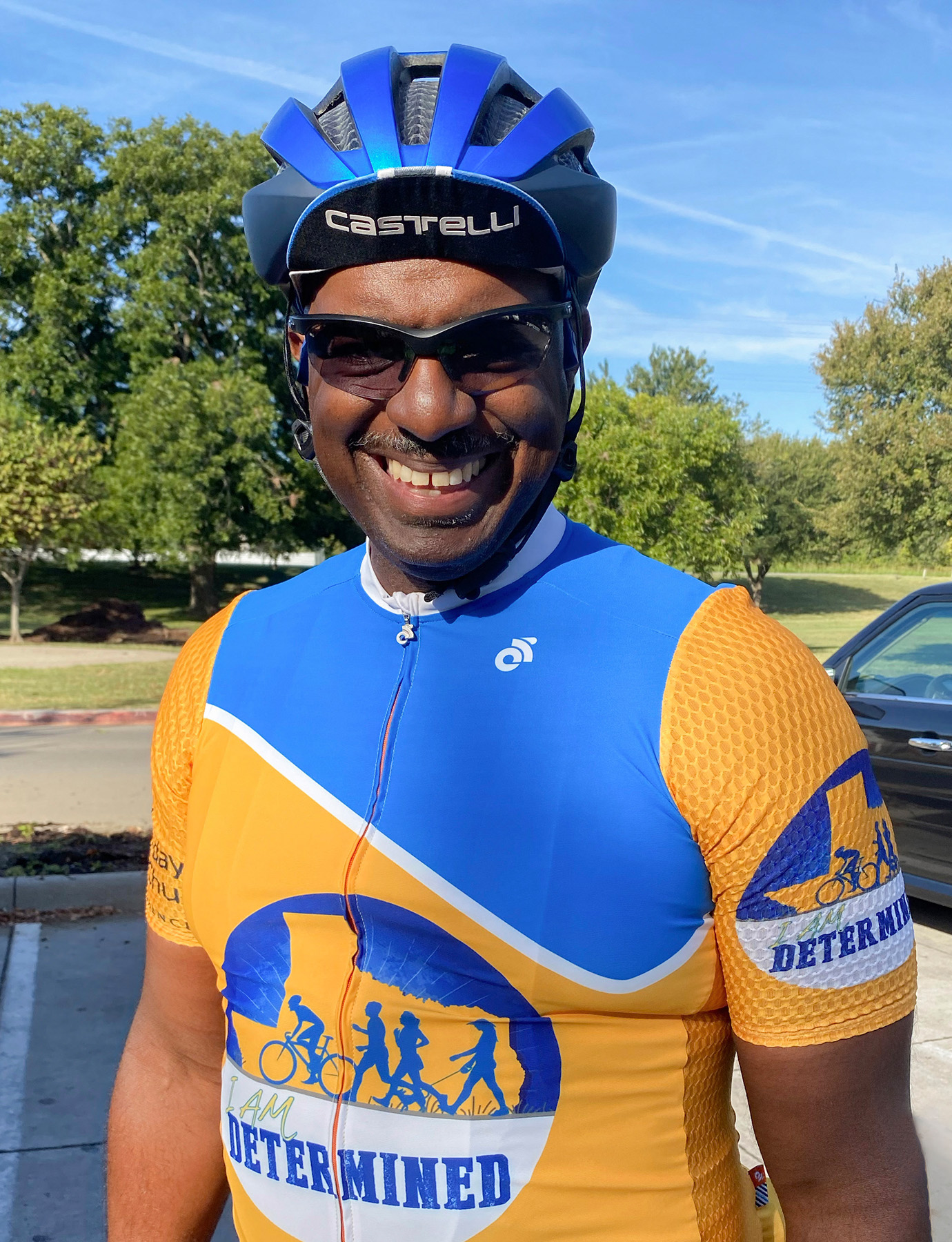 Kenn L. Dixon loves to cycle. He recently finished his sixth cycling tour he personally organized. This tour was over 400 miles from San Antonio to Arlington, in six days. He started these cycling tours in 2015 with a group riding from Dallas to San Antonio, Texas, where the 60th General Conference Session of Seventh-day Adventists was being held. Since then, he has ridden thousands of miles to promote health and raise funds for Adventist Education.

“Many think that since I am so passionate about these cycling tours and raising funds for Adventist Education that I had a wonderful school experience,” Dixon shared. “Actually, it is quite the opposite.”

Having attended several Seventh-day Adventist schools, he was surprised one month into his junior year when he was sent home to think about his actions. “I view it as a disagreement with administration,” Dixon shares about the situation. A school official called his mom shortly afterward asking if he was coming back, but she had already enrolled him in the local public school. His senior year, he changed to Bass Memorial Academy in Lumberton, Mississippi.

That year made quite an impression on him, especially his English teacher, Miss Webb. “She was an amazing teacher,” Dixon remembers, “She was battling cancer but was still willing to pour into us. I was a leader and had my own opinions, always speaking up about something, but she was willing to work with me.”

Dixon enrolled at Oakwood University but was not able to finish his degree due to finances. He then joined the Marines. “Initially, I was the guy who dropped the missiles in the tubes,” he shares, “then I transferred to security forces, protecting assets involving national security.”

He married his wife Catherine, whom he had met at Oakwood, his first year in the Marines. They have three children: Christopher, Kiera and Khari.

Dixon earned a theology degree from Washington Adventist University and served as a pastor for many years. He has worked and mentored young people on public university campuses as well as Adventist academies and colleges throughout his career. While working in the Southern New England Conference, Dixon was able to be an education evangelist, preaching about Adventist education to churches throughout the conference. “It wasn’t until I was older that I realized the value of my Adventist education and the sacrifices made on my behalf,” Dixon shares. “At one church, I was amazed at how many came forward wanting to attend the local Seventh-day Adventist high school,” he recalls. “I think it doubled the enrollment.”

Continuing his work with young people, Dixon joined the Southwest Region Conference as a youth pastor and during his time there became the communication director for the conference. This is also where the cycling tours began.

Struggling with military injuries, Dixon was limited to what he could do for exercise, so he tried cycling following a health scare. With the 2015 General Conference Session coming, someone suggested he organize a cycling tour and Tour de Youth, now referred to as Determined Cycling, began. Dixon transitioned to Oakwood University in 2017 to serve as Director of Integrated Marketing and Public Relations. There, he organized two cycling tour fundraisers for Oakwood University.

In the fall of 2019, Dixon started his ministry work at the Texas Conference as Vice President for Communication & Public Relations. “Kenn is one of the top public relations persons in the North American Division,” Texas Conference President Elton DeMoraes shared. “We are very blessed to have him leading the department. Kenn is a servant leader. One who leads as a way of serving others. When the pandemic hit, through his knowledge and skills, we quickly connected with our staff, members, churches and schools using media and technology. His passion and dedication are contagious, and it is a joy to work with him.”

In the two and half years he has worked at the Texas Conference so far, he has transformed the office worship area into a studio that broadcasts all over the world. He organized two cycling tours, raising more than $150,000 for a Texas Conference Adventist Education Endowment. The eventual $1.5 million fund will provide scholarships for those wanting a Christian education at a Texas Conference school but need additional financial assistance.

It is interesting to see how God has led his journey. Even though it has been a winding road, each step along the way has given him the knowledge and experience to thrive in what he does today. When asked how he would like to be remembered, Dixon shared, “That I love people. That I love the gospel. That I love Jesus. And I love cycling for Adventist Education.”