Anobile to Serve as Vice President for Church Ministries 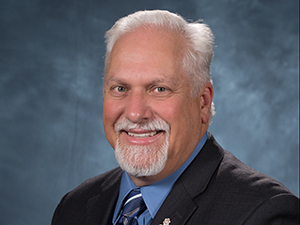 BURLESON, TEX. - Tony Anobile, currently serving as a vice president for the North American Division (NAD), has accepted a call to the Southwestern Union to serve as its Vice President for Church Ministries.

“I’m humbled and honored to serve the Southwestern Union, its conferences, and members. I’m looking forward to partnering with our conferences  and leadership to fulfill the gospel commission. It’s all about kingdom growth. The way it’s going to get done is to work together and I’m excited about the possibility,” says Anobile.

Anobile joined the NAD in 2018, serving in the area of multilingual ministries. Prior to his appointment there, he served as a vice president for the Pacific Union from 2016 to 2017, and as president of the Arizona Conference from 2008 to 2015.

He began his service as a minister in the Seventh-day Adventist Church after graduating with a bachelor’s degree in theology from Montemorelos University in 1986. Fully bilingual, he joined the Southern California Conference, working as a pastor, youth and young adult director, pathfinder director, and assistant to the president. Anobile earned his master’s degree in religion from Loma Lina University in 1993. He joined the Arizona Conference in 2003 as its youth and family ministries director and executive secretary before accepting the role of president in 2008.

As a conference youth and young adult director, Anobile says it was his passion to bring every young person into a saving relationship with Jesus Christ. As a church pastor, it was his desire to have every member involved in active ministry, and as an administrator it has been his mission to have every entity of the Division/Union/Conference involved in three specific areas: bringing new members into the church through evangelism, keep members in the church through Christian nurture, and keep members healthy and active through involvement in church and school.  He also believes passionately in evangelism having conducted series in many countries as well as at home in North America.

Anobile is married to Lisa (Bramlett) Anobile, a principal/teacher with a master’s degree in special education from Loma Linda University, and they have three children. Their oldest son, Tony, is a pastor in the Texas Conference. Their daughter, Aurianna, is a speech pathologist, and their youngest son, Andrew, is a pastor in the Georgia-Cumberland Conference.