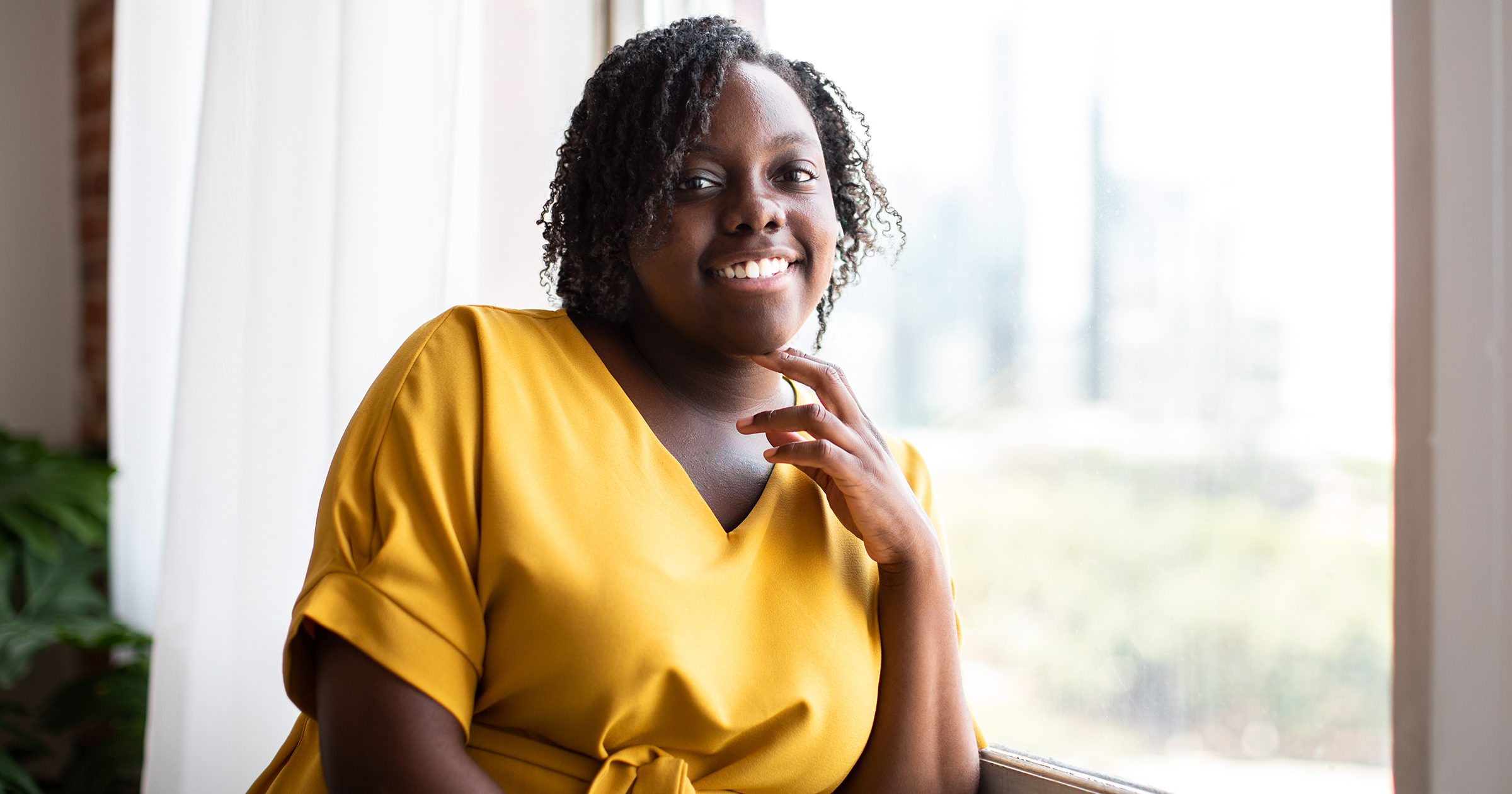 Gathering her luggage, Denee McClain put on a brave face as she prepared to move away from home for the first time. Dallas, Texas felt comfortable and safe. Friends and family surrounded her at the City Temple Seventh-day Adventist Church, where McClain grew up. Now, she was not only leaving home, but leaving Texas, entirely to attend college in Tennessee.

Because McClain struggled with severe social anxiety, she felt terrified to go somewhere completely new. Yet, through that challenge, God grew McClain’s faith unlike ever before. She learned that in spite of fears, God can use anyone if they just trust in Him. “God has done so much for me,” said McClain. “He brought me through so much. Because of that, it just seems like I can’t do anything but serve God.”

As a child, McClain enjoyed the vibrant youth programs at City Temple. At church, she spent time with friends and the leadership encouraged her.

“One of the things I want to do in church is give opportunities to different people, regardless of age,” said Jaime Kowlessar, City Temple pastor. “I’m the youngest senior pastor that City Temple has ever had. Because I was given this opportunity, I also want to give it to everyone else as well.”

Yet, McClain still felt social anxiety. For example, she worked at the local Walmart. Going to work each day took a lot of courage, due to her introverted nature. She tried several methods to overcome anxiety, but to no avail. “I would feel so nervous before a shift,” said McClain. “I would lie in my bed doing breathing exercises just to try calming myself down. Now I look back and realize that God was with me. He walked me down the street. He gave me the strength to go to a job that I was afraid of.”

McClain studied computer science at Southern Adventist University. She did not know a single person on campus. Yet, God helped her overcome her fears in that situation as well. Soon, not only did McClain become comfortable around new friends, but she also helped to lead out in small groups on campus.

These situations taught McClain to trust God’s call. So, when Southern provided mission trip opportunities, she signed up. During the summer of 2016, she preached 16 sermons at an evangelistic series in Cancun, Mexico. “It definitely got me out of my comfort zone,” said McClain. “Going into all these positions was really scary, so I had to pray through it all.”

McClain graduated from Southern in 2016 and moved back to Dallas. Although she still struggled with social anxiety, McClain’s strengthened trust in God gave her a new maturity of faith. As a result, people took notice of McClain’s potential for leadership.

City Temple Church nominated her to be Sabbath School Superintendent in 2018. No one else would accept the position, and the department had greatly diminished since McClain’s time as a teenager. “I was very much not going to do it,” said McClain. “I thought that there was no way that God actually wanted me to do that, but since I was nominated I asked God for a sign.”

“I know it sounds ridiculous,” said McClain, “but God still gave me that sign! That just showed me that, despite our fears and our silliness, if God really wants us to step into a role, He will give us strength and help us to have faith.”

McClain prayed for help. Four young people asked to join the team that very day. Then, McClain prayed that God would give her and the team creative ideas, and energy began to build. The Sabbath School program took off.

“Denee’s a child of City Temple, so to see her step up and take a leadership role has been amazing,” said Kowlessar. “I would say she single-handedly revived our Sabbath School department. She stepped into that role when nobody else wanted it and did an awesome job.”

Today, McClain is the Adventist Youth leader for City Temple. She took the position in 2020. Although she felt discouraged by the circumstances surrounding COVID-19 as she began her role, she still trusted God. The program grew, meeting virtually on a regular basis. In addition, she planned an in-person parade through the local medical district to show gratitude for medical personnel.

In her spare time, McClain also started a personal blog. She uses it as a platform to discuss the Bible, chapter by chapter. Despite setbacks and perceived shortcomings, McClain continues to trust in God’s leadership. As a result, God is working through her to do great things.

“There are so many different ways to serve God,” said McClain. “It doesn’t have to be just one way. God has something specific and beautiful planned for each of us.”

James is a freelance writer based in North Texas. Denee McClain’s blog can be found at Delicatepages.blog.