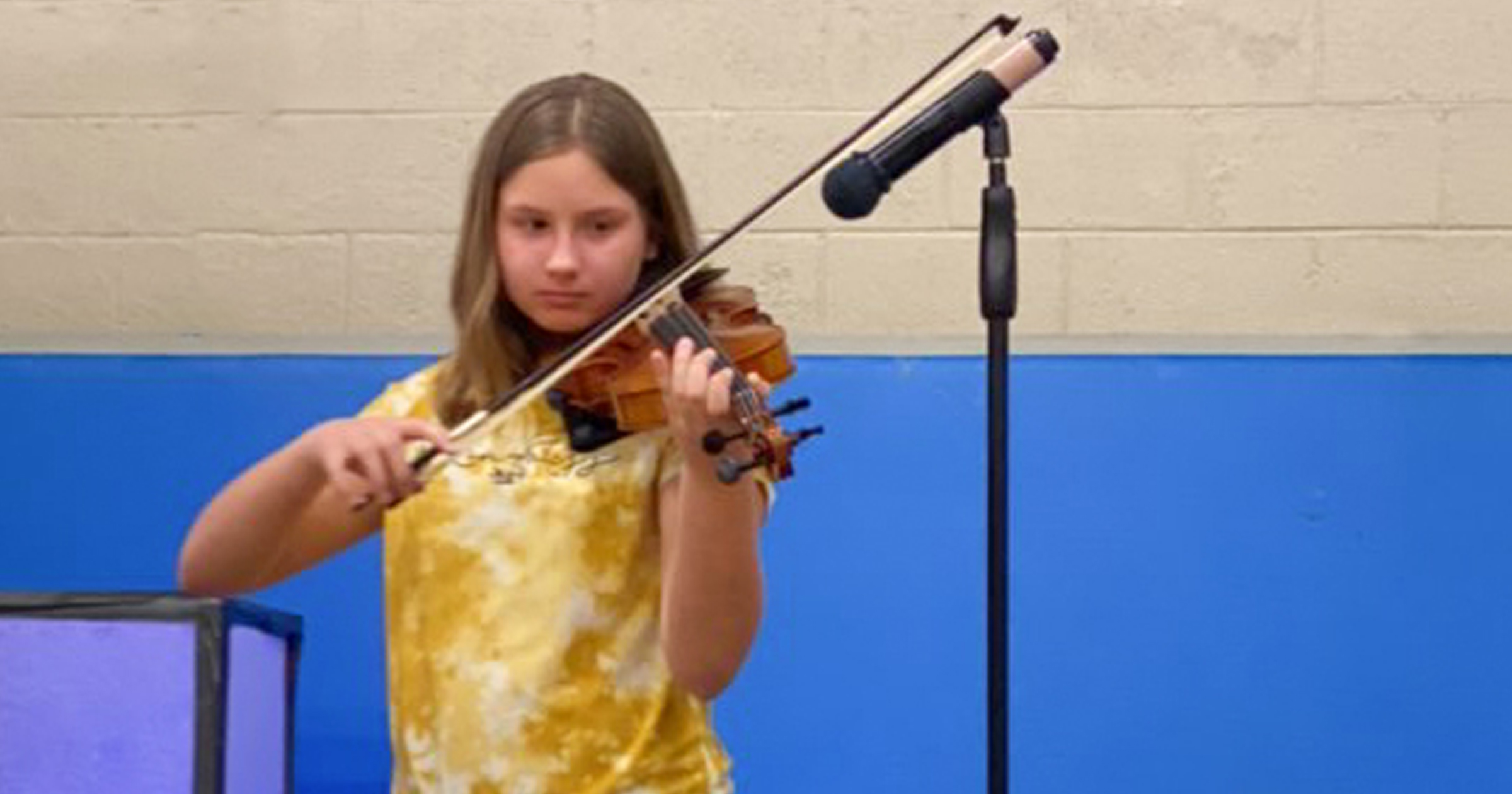 TULSA – Tulsa Adventist Academy (TAA) teachers and staff prayed earnestly: the goal was $6,500, enough to defeat a debt. The fanfare began at Tulsa Adventist Academy’s 2022 Talent Show & Silent Auction with a powerful devotional about Christian education from a man deeply impacted by it: Jim Landelius, pastor of two churches near Tulsa. His story of childhood poverty and the kindness of benevolent strangers who helped him to attend Ozark Adventist Academy, Southwestern Adventist University and Andrews University is a testament to evangelism in the schoolhouse. But that wasn’t all.

TAA students sang in two choirs. Cartwheels (one and two-handed) raced across the stage. The piano was played. A violinist played “Allegro;” and suddenly, everything changed. Anonymous donors schemed, and a match was announced that lasted for just 30 minutes. That match alone raised $4,000. Generous donors also gave goods and services such as flower bouquets, photography sessions, organic produce baskets, a handmade wooden tie and other items to add to the donations. But that wasn’t all.

Between silly classroom skits, Tulsa’s Adventist Fellowship pastor, Nic Coutet, performed theatrics on the piano (he plays a mean “Memories” from the broadway show “Cats”) and then implored the crowd to raise $1,000 in two minutes. And they did it! Ten people stood up and donated $100 each, starting with interim principal, Peggy Fisher. But that wasn’t all.

As the events were winding down, the hoopla was winding up! TAA Home & School leader, Silvia Berumen, came to the stage to announce that just over $12,000 was raised, all which not only canceled the debt but added to the Home & School budget for desperately needed improvements. But that wasn’t all! The finale of the evening was when a TAA student got to shave the beard of Ronald Arroyo-Watson, TAA’s science teacher for grades 7-12. “Mr. A” had promised he would shave his beard if the fundraising goal was met. Upon Berumen’s announcement, his fate was sealed by the hands of a 15-year-old.

At TAA’s Spring Awards Ceremony, grades 7-12 math teacher, Larry Seery, will let his hair be cut, since he made the identical promise. See photos at Facebook.com/TulsaAcademy.org and follow us on Instagram at
@TulsaAdventistAcademy.

TAA teachers and staff praise and deeply thank our donors and students for their best efforts in helping us continue our mission since 1916: to prepare students for heaven and earth!