How to Communicate in the Right Language and Experience Healing 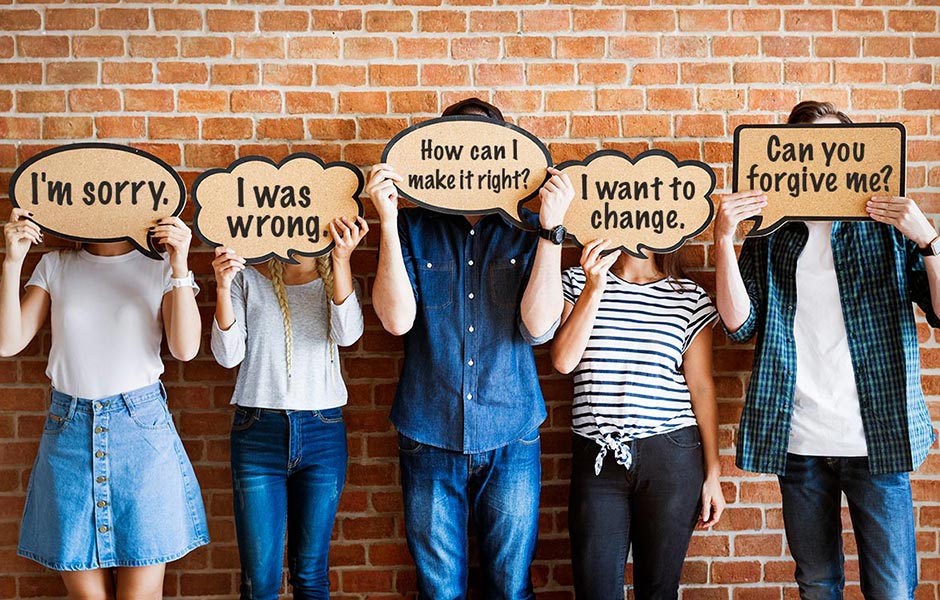 Apologizing is crucial to reconciliation. It is the first step in seeking forgiveness and it paves the way for reconciling relationships. Sometimes we are conflicted by an apology and find it difficult to move into forgiveness. Perhaps the apology didn’t seem sincere to us, didn't acknowledge the wrong that was done or didn’t actually include a request for forgiveness.

We explored the book When Sorry Isn’t Enough, previously published as The Five Languages of Apology by Gary Chapman and Jennifer Thomas. Chapman is the famed author of The Five Love Languages, and in this book he teams up with Thomas to explore a similar concept: people communicate in five primary apology languages and while most appreciate each language to some degree, a person will usually speak one primary apology language. The book states, “For an apology to be accepted, you need to speak the language (or perhaps two languages) that conveys to the offended your sincerity. Then he or she will regard your apology as genuine and will likely accept it.” These are a few snippets from each language. We encourage you to explore how you apologize to others (and they to you) as you seek to forgive and heal successfully.

“Expressing regret is the emotional aspect of an apology.” Saying the words, “I’m sorry,” goes a long way in restoring goodwill. When the offender expresses remorse and verbally recognizes their role in causing hurt, they demonstrate to the offended that they feel their pain. The absence of that specific phrase may speak volumes to the offended, and offenders may not realize they have left those words out of their apology.
Specific and heartfelt expression is key.

Accepting Responsibility: I Was Wrong.

“At the heart of accepting responsibility for one’s behavior is the willingness to admit, ‘I was wrong.’” Admitting that can be perceived as weakness, so some avoid it. Accepting responsibility for our behavior calls for humility and vulnerability; for many this apology language is the primary means by which sincerity is communicated. There should be no attempt to excuse our behavior because regardless of the intention, we caused harm and the person needs to hear us admit that.

Making Restitution: How Can I Make it Right?

“A genuine apology will be accompanied by a desire to right the wrongs committed, to make amends for the damage done and to assure the person you genuinely care about them.” Take Zacchaeus for instance. His apology included a promise to repay those whom he’d robbed and to help others. We may need to make repayment or restore something that was taken. An effective way to make amends in this apology language is to communicate restitution through the other’s primary love language. This may require discovering how that person experiences and feels love.

Genuinely Repenting: I Want to Change.

“Repentance means… an individual realizes that their present behavior is destructive. The person regrets the pain they caused and chooses to change their behavior.” Communicating our sincerity in this language must include an intent to change. Express that desire and then work on it. Developing, implementing and committing to a plan is vital (even if we slip up along the journey). Change may not come easy and may require a lot of work, but with God’s help transformation is always possible
(Philippians 1:6, Ezekiel 36:26).

Requesting Forgiveness: Can You Forgive Me?

“Verbally requesting forgiveness after you have expressed an apology using some of the other apology languages is often the key that opens the door to the possibility of forgiveness and reconciliation… ‘Will you please forgive me?’ is the ingredient that convinces [the speaker of this language] that you are indeed sincere in your apology.” This request says that you wish to see the relationship restored; you realize that you have hurt that person; and you are willing to put the future of the relationship in their hands.