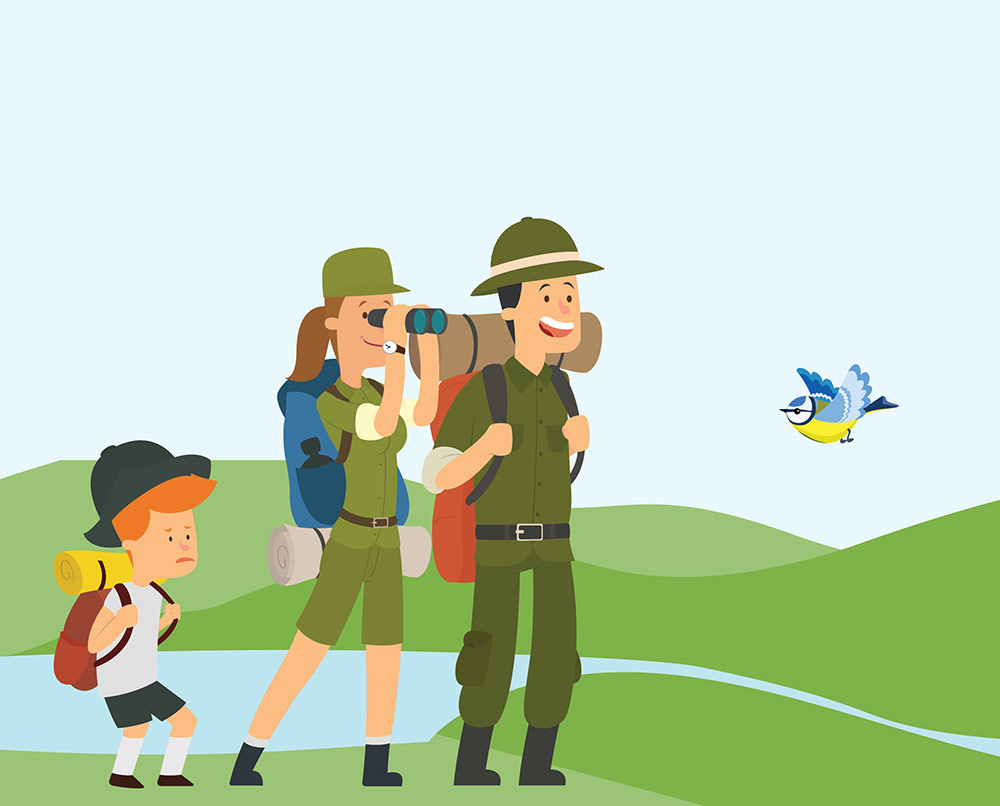 “We’re going bird watching,” my parents told me one afternoon. “Not again!” I groaned. I always had the same reaction any time my parents wanted to do something like that outside. If it wasn’t bird watching, I’d be walking through spider webs on our nature walks or being bit by mosquitos on our canoe trips. Bird watching, though, was my least favorite. For that activity, we’d have to drive from Orlando to the Florida coast and spend the next few hours just looking for birds. Whenever my parents spotted one, they would look it up in their special bird book and exclaim, “Oh, that one is fascinating!” Then, they’d start hunting for the next one. This cycle went on until the day was basically over and there was no more time for the things I thought were fun like TV and video games!

One of the most famous people in the Bible was a man named David. His life was filled with exciting things like conquering cities or entire nations, mastering musical instruments and even going from being a shepherd as a kid to the king of Israel as an adult. Still, he always remembered to look up when he was feeling down. During one of his biggest mistakes, David was discouraged and feeling bad for himself. We can see this is Psalm 103 where he talks about how God forgives sin, heals disease and loves His children even when we mess up. The interesting part is that when Psalm 104 comes around, David is praising God and talking about His incredible creation. See what David says in verse 12, “The birds of the sky nest by the waters; they sing among the branches.” Or how about verse 24, “How many are your works, Lord! In wisdom You made them all; the earth is full of Your creatures.” He finishes the chapter by writing, “I will sing to the Lord all my life; I will sing praise to my God as long as I live.” I realized that if David found healing through God’s nature, then maybe I could have a better attitude about it.

As I got older, I began to appreciate what God made a lot more. From snowy mountains to rushing rivers, I see their beauty in ways I didn’t as a bored kid during our outdoor excursions. For example, my wife and I recently visited the California redwood trees, the tallest living things on earth with some trees stretching over 300 feet! Walking among those trees helped me understand that if God cares about these giant trees and everything (including the birds) living in them, then He must care for me, too. While bird watching still isn’t my favorite thing, I know that God’s healing nature is often only a few steps away.