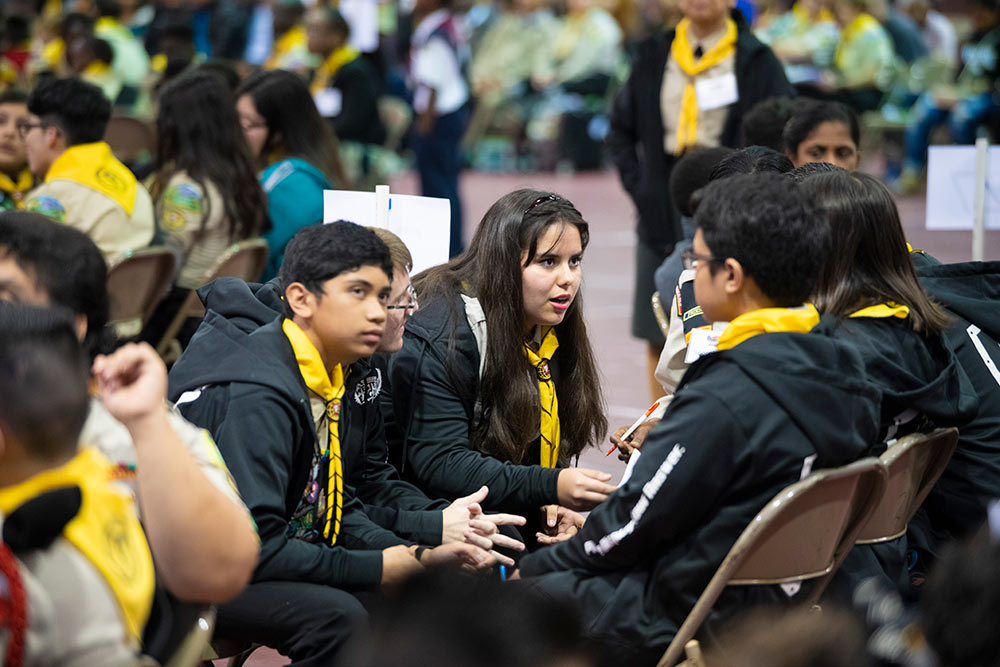 KEENE, TEX. – The Pathfinder Bible Experience (PBE) is a team challenge that focuses on immersion in the Word of God, and is the official North American Division Pathfinder Bible study program.

Each year, teams of six club members study and test on a book or books of the Bible, advancing first from an area level to the local conference level before moving on the union level, and finally reaching the division level.

Larry Moore, Southwestern Union president, and Amy Clapp, a Pathfinder leader from El Paso, Tex., were the readers for the challenge, and Gene Clapp, a Texas Conference pastor and former Pathfinder director, led the event.

Thirty-three teams from across the Southwestern Union territory arrived to compete in the challenge. Teams were challenged and tested on the the book of Luke, which they had all studied, and in the end, those teams that were able to answer 90 percent of the questions correctly were able to move on to the division level challenge.

Twenty-eight teams from the Southwestern Union were able to move on the division level, held April 26-27 in Rockford, Ill.

We are grateful for the support of the parents, coaches and leaders who came to support these young people in studying the Word of God. More than 600 came to Keene from the Texico, Texas, Southwest Region, Oklahoma and Arkansas-Louisiana Conferences.

We are also grateful for the support of the youth/Pathfinder directors from each conference who show tremendous support and dedication for the students who participate in the experience and encourage them to study the Word of God.

If you are not involved and you are a Pathfinder please consider the Pathfinder Bible Experience! Visit pathfinders online.org/PBE.