We Chose Not to Say Goodbye 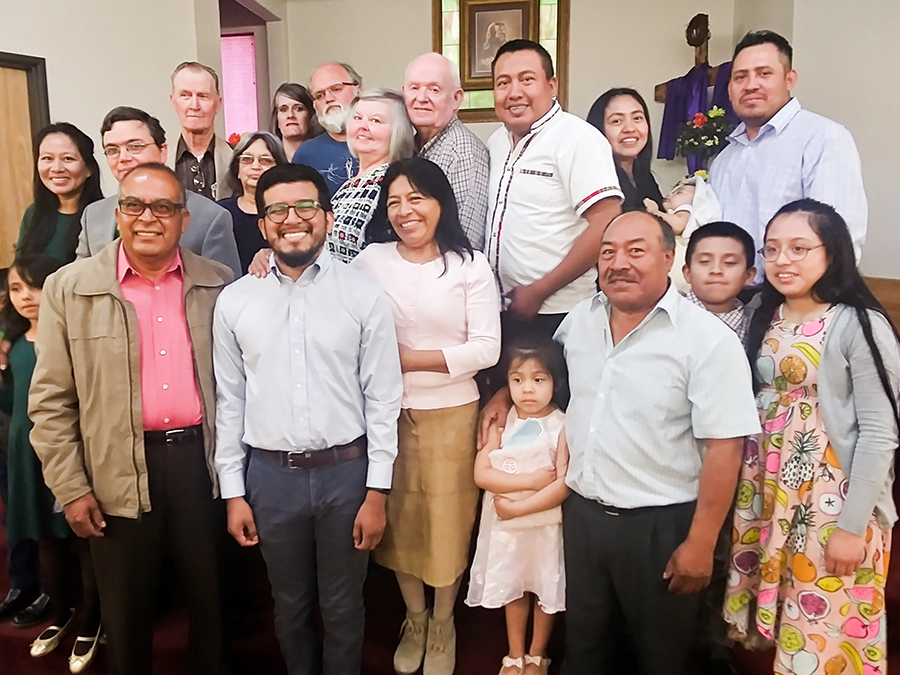 DALHART, TEX. – In the fall of 2017, Isaí Ramírez became the pastor of the Dalhart Seventh-day Adventist Church along with three other churches located throughout the Texas Panhandle and Northeastern New Mexico.

After much anticipation, the congregation felt blessed to welcome him as their new pastor. For the past four years, Ramírez has led the Dalhart church and has also been very involved in the Texico Conference Young Adult and Youth Ministries. On April 24, Ramírez preached his final sermon at the Dalhart church. A graduate of Southwestern Adventist University, Ramírez began his seminary studies at Andrews University this summer.

“It was a touching and memorable message that we can all relate to,” said Fayrine Benavidez, member. “Our heavenly citizenship on earth is something we live out each day, in real, earthly time. Sometimes the simplest pathway out of conflict is deciding to love one another,” said Benavidez. “God commands us to have this kind of love—to set aside our differences and to care for ‘the least of these’ among us. It is our desire to love like Jesus that deserves our loyalty and faithfulness.”

Following the worship service, members and friends of Dalhart gathered to bid farewell to Ramírez and thank him for his dedication and commitment.

The Dalhart church family wishes Isaí Ramírez joy and happiness as he begins a new chapter in his life. We believe farewells are windows to a brighter future, so as a church, we chose not to say “goodbye,” but “thank you.” We are confident that Ramírez will be a blessing to his next church family as well.