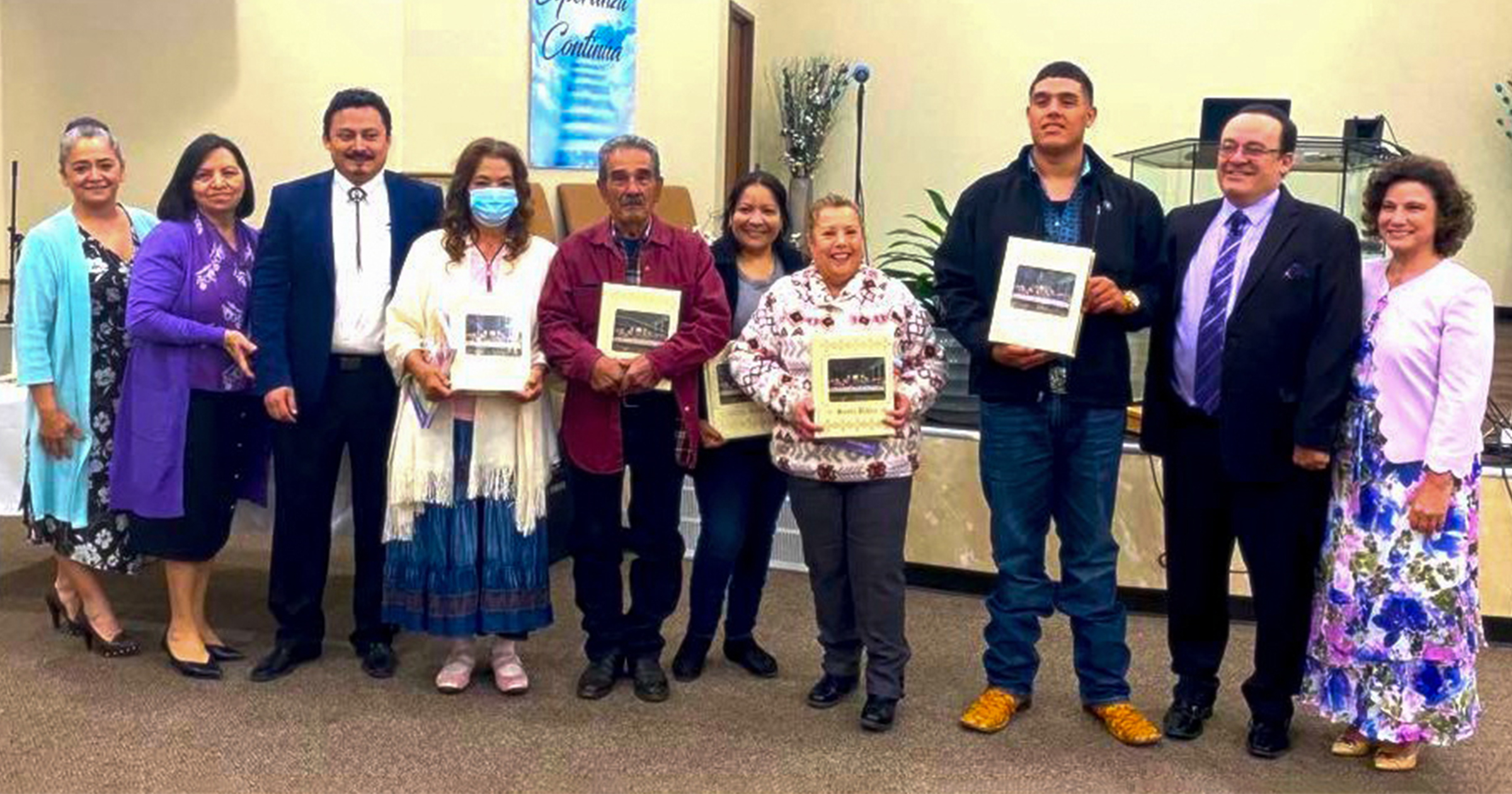 ODESSA, TEX. – COVID-19 interrupted the plans for our week of evangelism with La Voz de la Esperanza in 2020. Therefore, we were delighted to learn that Omar and Nessy Grieve would be able to come in February 2022. Amid the Delta and Omicron variants and continuing questions about our public meetings it did not stop God’s plan.

Meanwhile, the Odessa Spanish Seventh-day Adventist Church was having small groups and regular meetings, encouraging each other about God’s love. Church members were having a prayer vigil a week prior to the evangelistic event, asking God for the conversion and success of the meetings. God was about to answer.

Omar Grieve preached with love and power and his wife, Nessy, provided interesting health presentations. Invitations were given every night of the meeting for people to respond to Jesus and to be baptized. Those who attended were blessed by several guest musicians from the Odessa and Midland Spanish churches. We were very pleased that Junior Marchena, a professional singer, was able to be with us for a good portion of the meetings.

Malka was the first to come to the altar and the first to be baptized. She said, “The Lord has been good to me during hard moments, now I have to respond to His love.” In addition to Malka, there was a man who used to drive by the church on his way to work. He told us that he had left the Adventist Church decades ago but when he would go by the church, he would say to himself, “If I ever return to the church this is going to be my home church.” He and his wife became part of the Odessa Spanish church during the meetings.

There were others who were baptized, including young people who expressed the desire to be baptized in recent months. The members were very grateful for God’s blessings through these meetings as 13 people were added to the church. The meetings concluded in a celebration with a concert by Junior Marchena on the last Sabbath with more than 170 in attendance. Praise God!

One young woman said after the meeting, “It was the most spiritual week of evangelism that I have attended in my life. I enjoyed everything about these meetings.” It was indeed a great week. It was wonderful to see young people welcoming the newly baptized members. I am proud of the unity and faithful work that my churches demonstrate, every person was involved. Our unity has increased because of these meetings and all I can say is that God’s work in Odessa inspires us to be even more committed to bring the good news of His soon coming to the world.