You Saved My Life

One Small Act of Love Makes a Huge Impact 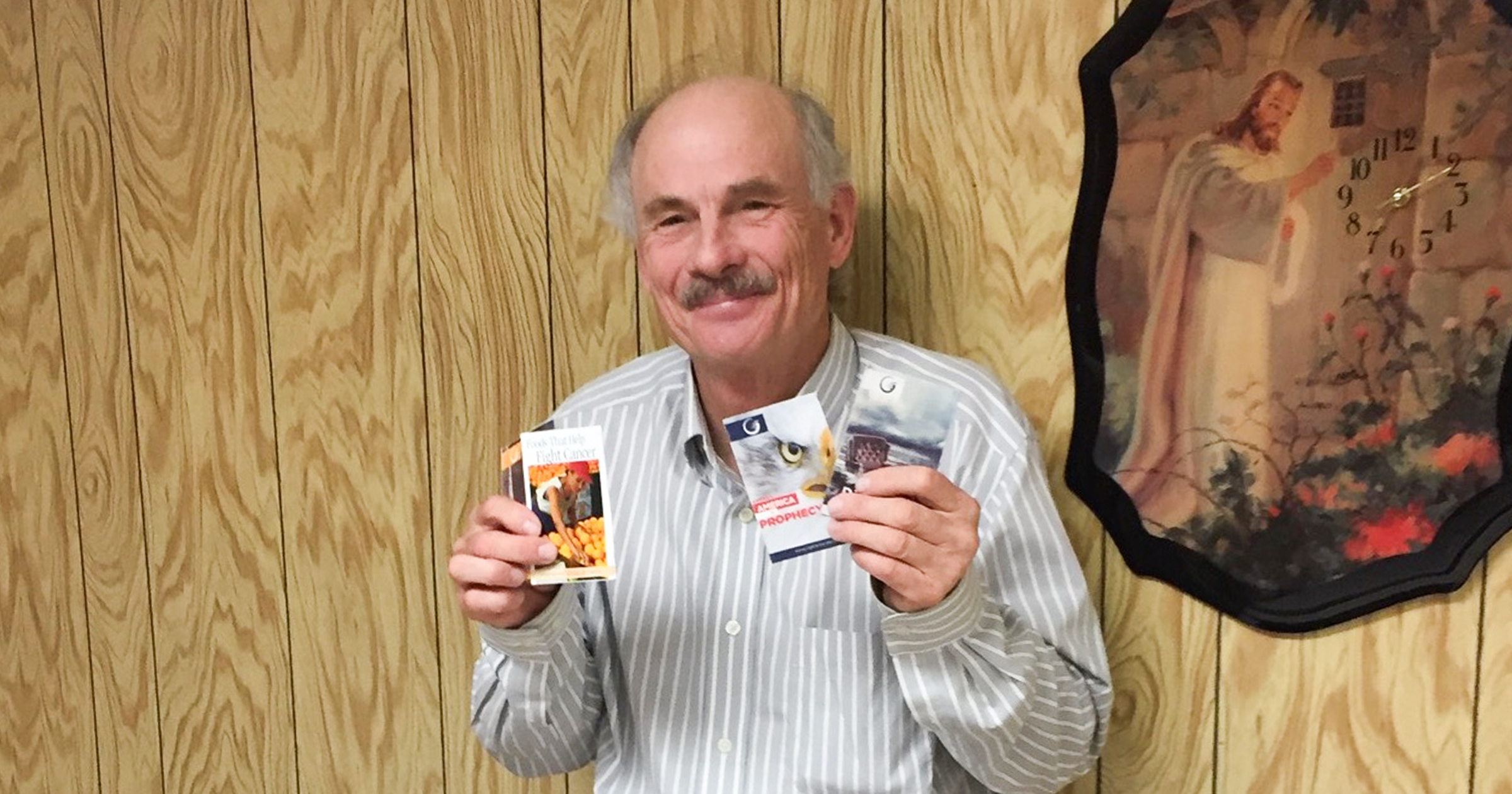 VINITA, OKLA. – Bruce Johnston has a heart for witnessing through literature evangelism. God has miraculously intervened in his life and he is eager to share Jesus’ love with others. The following is a remarkable story, told in his own words:

It was the summer of 2017. Every morning, before I leave the house to sell literature, I pray that the Holy Spirit will go before me and give me divine appointments. I had finished my work for the day, so I decided to go for a walk. I passed a stranger that was seated on a bench and felt impressed to talk with him. He said, “The end is near.” And I agreed and handed him a Glow Tract titled “A Love Letter from Jesus.” As I walked away, I sensed the Holy Spirit say, “Go back and pray with him.” I returned and told him I would like to pray for him. I shook his hand as he told me he had just recently become a believer and he really appreciated the prayer.

A couple of months passed before I saw him again. When I approached him, he said, “You’re the man who saved my life!” I said, “What are you talking about?” He replied, “The day you prayed with me, I was going to commit suicide. You saved my life!”

As Bruce returned home, he thanked the Lord for that divine appointment. Today, three years later, I am sure that precious memory spurs him on to share with others life-saving literature.

May his story inspire each of us to commit ourselves afresh to the Lord each day that He may give us divine appointments to share His love and help Him save souls for eternity.