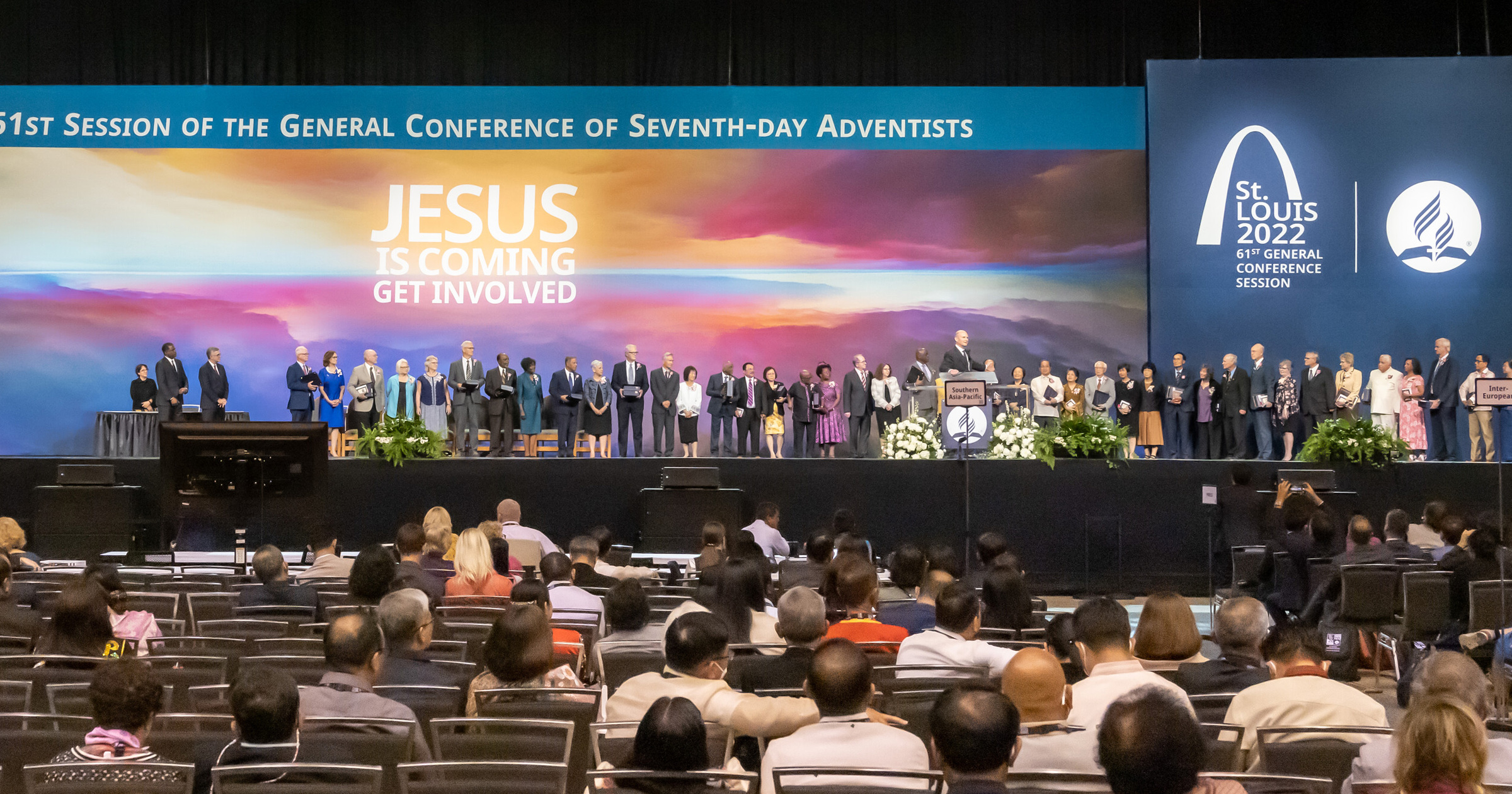 ST. LOUIS, MO. – The 61st General Conference Session of the Seventh-day Adventist Church was held in St. Louis on June 6-11, 2022. Delegates came together in person and via Zoom for the first hybrid General Conference (GC) session to discuss and vote on agenda items which included electing GC officers, officers for the 13 divisions and changes to the GC Constitution and Bylaws and the Seventh-day Adventist Church Manual.

Official reports of the 61st GC Session are available at Adventist.news and AdventistReview.org.