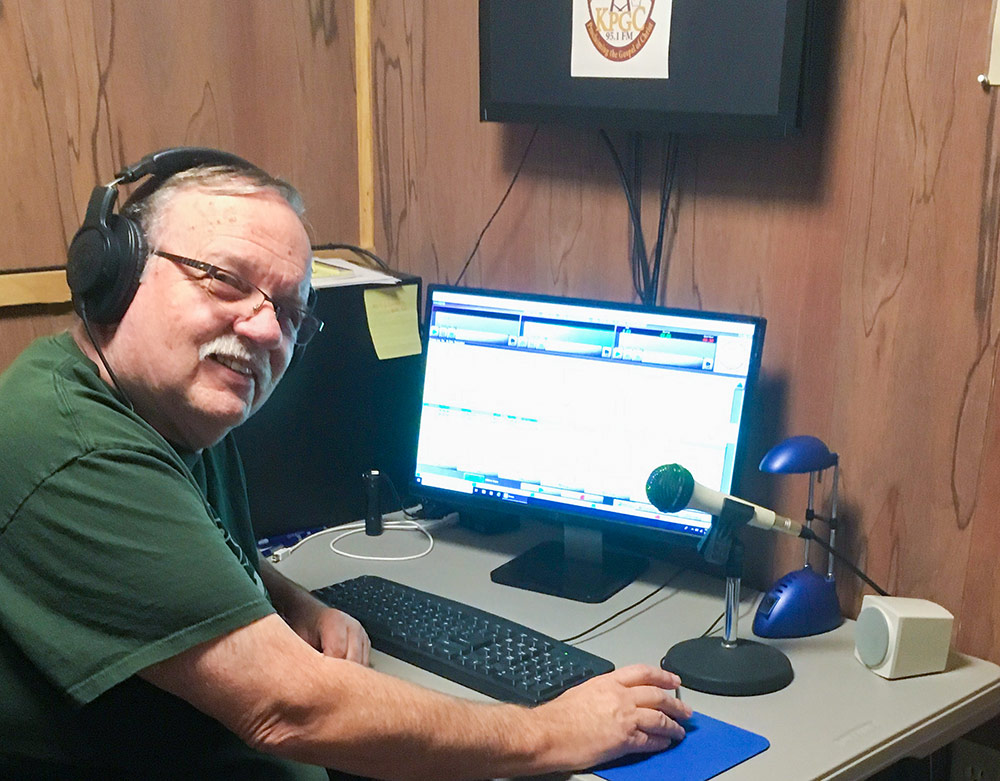 NORMAN, ARK. – The idea of starting a low-power FM station came to Len Doughty in 2013 after he read an article reporting that the FCC was accepting applications. The deadline was ending soon, so it was not clear if a station was in God’s plans or if the application could be filed in time to be accepted by the FCC. After much prayer and consultation, the decision was made to move forward. An answer to the question about God’s will came when a government shutdown extended the time for the FCC to accept application. They approved the application and granted a construction permit in January of 2014; three years later the station started broadcasting on Jan. 19, 2017. “His Will, Inc.” is the nonprofit that owns and controls KPGC. It has a long-term lease with the City of Norman for tower space on the city’s water tank and a transmitter building on city property.

KPGC 95.1 provides Christian programming as an affiliate of LifeTalk Radio from the North American Division. The station broadcasts 24/7 and the community has responded positively to the programming. Some people say they listen “all the time.” Others report that they keep it in on for their pets when they aren’t home. One family said their chickens are more content with the station on all the time. A few pastors of area churches have commented on how much they like listening to Bible Answers Live with Doug Batchelor. People who don’t live in the area express disappointment that they can’t get the station after hearing the music at the KPGC booth at the county fair.

KPGC 95.1 proudly serves the community in as many ways as possible. Free public service announcements are offered to churches, non-profit organizations and community groups for programs and fundraisers. Local high school students have announced school news and announcements have been made for the City of Norman.

KPGC 95.1 continues broadcasting during power failures, allowing the station to relay emergency announcements. Since there is no tornado warning system in the area, the automatic on-air alerts for tornado watches and warnings have been an important service to the community. A large area of KPGC listeners are in the Ouachita National Forest and local first responders have asked the station to be prepared to make immediate on-air evacuation announcements if there is a large-scale disaster like the recent wildfire in Paradise, Calif.

KPGC 95.1 plans to remodel a local structure for a station building and recording studio when funds are available. This will allow the development of local programs and give the station a local presence where the community can come to conduct business. KPGC is funded by donations and underwriting by local businesses through His Will, Inc. Contact information: His Will, Inc., P.O. Box 32, Norman, AR 71960. Phone: 870.334.2082. Email: kpgclp@gmail.com. KPGC is on Facebook: @KPGC951.