Gyla Tipgos, a senior at Sandia View Academy (SVA), first attended the academy as a freshman in 2014. 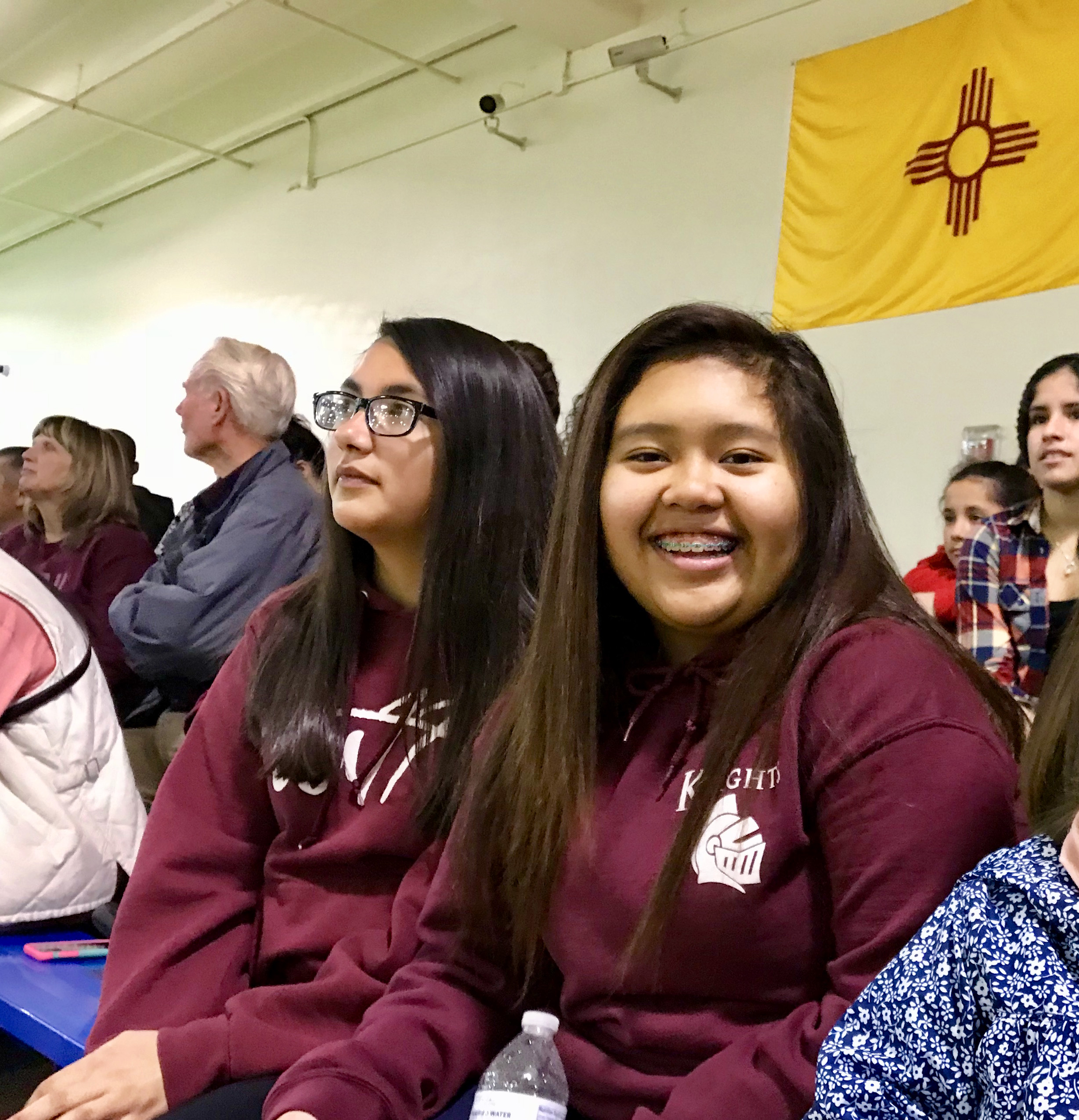 Gyla Tipgos, a senior at Sandia View Academy (SVA), first attended the academy as a freshman in 2014. At the time, her parents had transferred from Maryland to teach in the nearby town of Bernalillo.

“I really liked SVA but at the end of my freshman year my mom told me that we had to move to Zuni, N. Mex., which is about three hours away,” says Tipgos. She did not want to move but was happy that a local family was willing to take her in so she could attend SVA her sophomore year.

The following summer, Tipgos joined the Texico Youth Rush program, a summer door-to-door literature evangelism program that gives students the opportunity to share the gospel through Adventist materials and helps them earn money for school tuition.

“After that summer at Youth Rush, I really wanted to come back to SVA but I decided to stay in Zuni to spend time with my family and also help with expenses,” said Tipgos.

That decision proved to be a significant one. That school year, Tipgos started hanging out with the wrong crowd and her relationship with God began to suffer. She stopped going to church and started making poor choices.

“I no longer had a relationship with God, and because of that, I didn’t see His relevance in my life.”

Over the next few months, through some challenging situations, Tipgos began to see the value in Christian education once again.

“I missed having a community around me that shared the same values, a community that encourages and does not get in the way of your relationship with God,” she said.

When the school year ended, Tipgos did not want to attend the upcoming Youth Rush because of the state of her relationship with God.

“I didn’t feel worthy to stand in front of people and talk to them about a God that I didn’t have in my heart.” However, one afternoon while she was driving around with her mom, she heard Christian music playing in the car. “I was suddenly flooded with Youth Rush memories and I felt a tug at my heart and it made me want to go back. I contacted Derrick Williamson, the Youth Rush Program Director at the time, and he gladly accepted me.”

Tipgos felt unmotivated and tired that summer, often wondering why she was there; but in the end, she realized several important things. “God really worked on my attitude and my perspective. He showed me that I should care more for others than for myself.”

Initially, she struggled with the thought of going back to SVA because she did not want to feel like a hypocrite with those who had seen her make bad decisions the previous year. “However, I really felt that God was telling me to go back to SVA. I prayed about it and asked God to make a way for me to go.” And indeed, He did. By the end of that summer, Tipgos raised enough money to pay for most of her tuition and she even encouraged other participants from Youth Rush to attend SVA.

Today, Tipgos is happy to be back at SVA with the people who support her and continue to be instrumental in her spiritual growth. “My spiritual journey is not over but I feel God brought me back for a reason and I now have a great relationship with Him.”

Tipgos has advice for those who may be wanting to attend an Adventist school but are facing challenges: “Put God first, let Him take control, and everything will fall into place.”

Texico
Love is the Answer
Texico
My Value to God?
Texico
A Long-Awaited Moment
Texico
For Such a Time as This
Texico
Run the Race
Current Issue