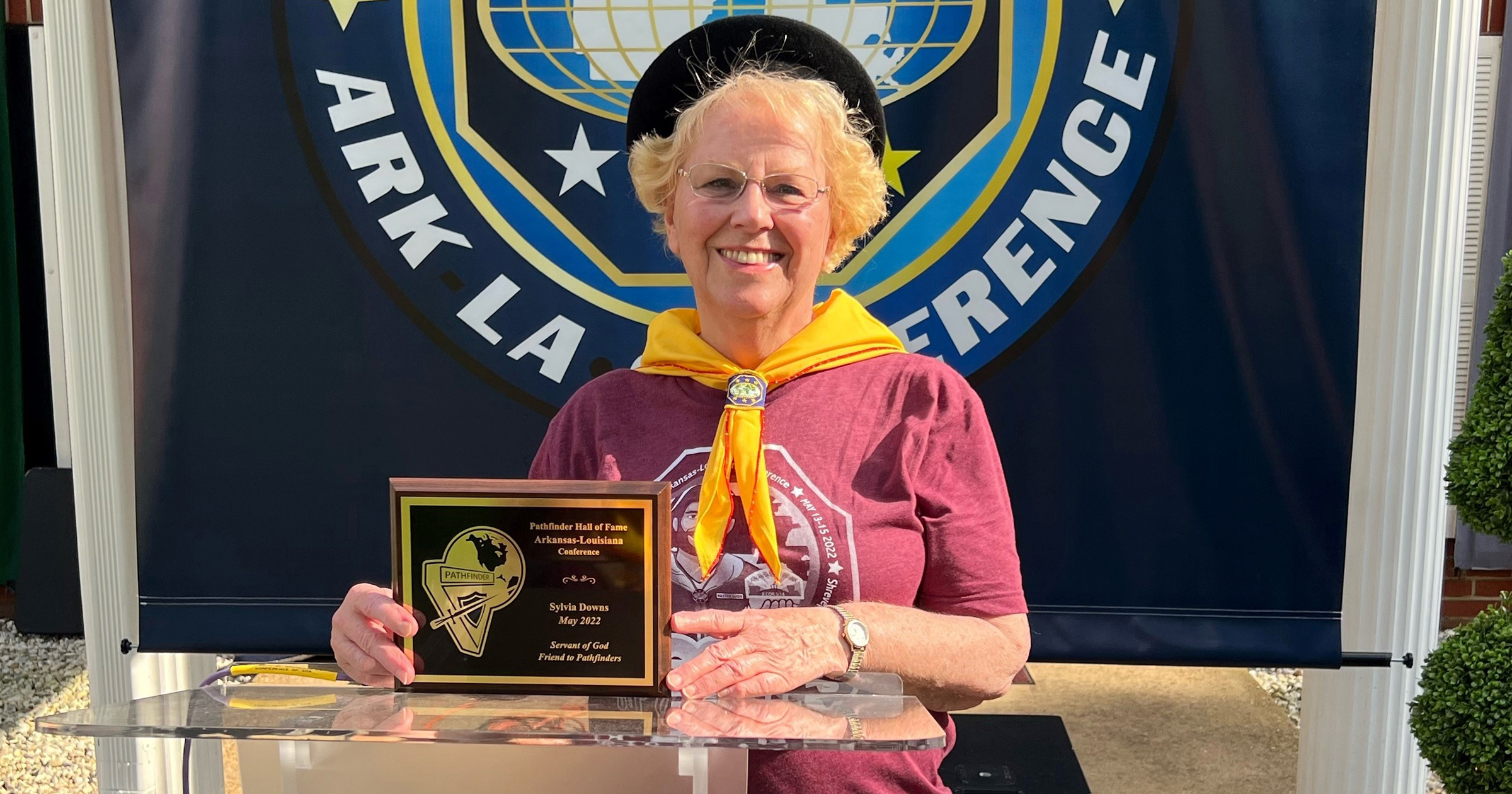 SHREVEPORT, LA. – On May 13-15, nearly 200 Master Guides from 10 clubs across the Arkansas-Louisiana (ARKLA) Conference convened for a historic, first ever Master Guide camporee of the ARKLA conference. It was a blessed weekend. The event took place at the conference office headquarters in Shreveport, where clubs camped under the beautiful pine trees on the grounds. There were many activities and honors that took place, including marching, knots, Roman cars and more. Worships were led by the special musical guests “In the Promise We Stand” that came from Dallas, Tex. Arkansas-Louisiana Conference Youth Director David Craig was the speaker for the weekend, with Multilingual Ministries Director Jose Pagan translating.

One of the highlights of the camporee was the investiture of long time Youth Department Administrative Assistant Sylvia Downs. Downs began her Master Guide training in 1961 and recently became motivated to complete the requirements to become an invested Master Guide. That became a reality as she received her final requirement signature in 2022. She was invested as a Master Guide at the camporee and was also inducted into the Pathfinder Hall of Fame. Down’s words of wisdom for others: “Don’t ever give up; if I can do it, anyone can.”