God Intended it for Good

Seeing God’s Blessings Through the Struggles 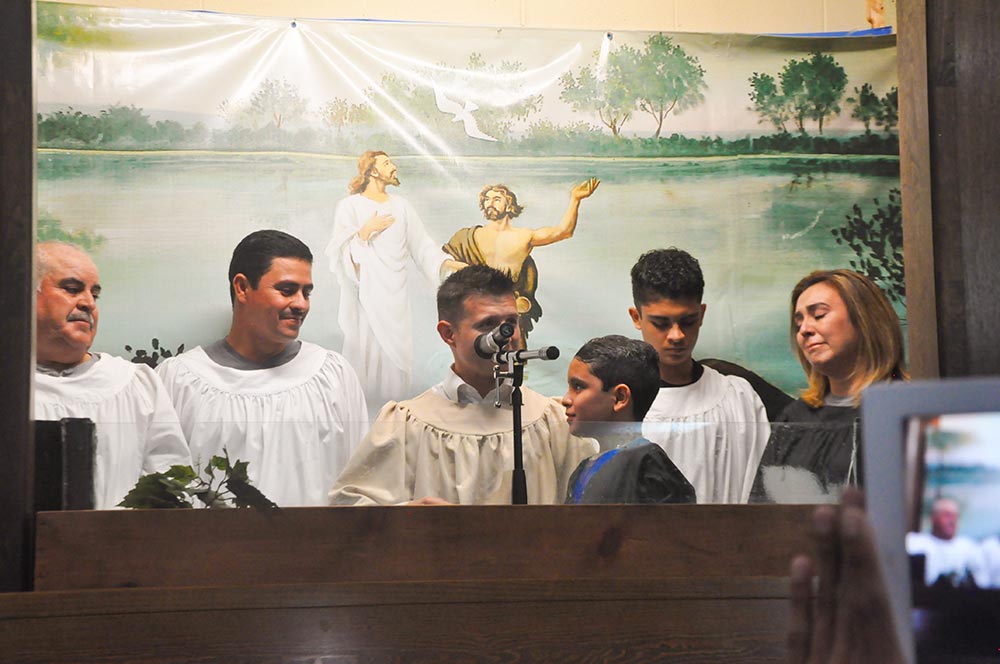 HOBBS, N.M. – We have received many blessings in southern New Mexico. The members of the Hobbs Spanish Seventh-day Adventist Church have been sowing the seed of the gospel and so far, we have seen many lives changed.

One instance in particular in which the hand of God was, and still is, being seen at work is in the lives of the Suárez-Rico family. Although evil has tried to overcome this precious family, it has not succeeded.

In 2018, Yahir, the youngest son of the family was diagnosed with brain cancer. As the medical bills began to pile up and the debt grew, so did the family's faith. God blessed the Suárez-Rico family in many ways, including financially, and they began to see that He was in control. At the end of 2018, the entire family—Lizeth, Obed, Jason and Yahir—gave their lives to God through baptism. Surprisingly, Lizeth's father, Eduardo Rico, who attended our church for many years without becoming a member, entered the baptismal waters the same day.

I am happy to report that Yahir has been recovering quickly. Doctors are amazed at how he has reacted to chemotherapy treatments. Yahir's faith, strength and courage have inspired and encouraged us all. In fact, some of the young people from the Hobbs Spanish church have admitted that as they see Yahir fight cancer, they are not taking things for granted and they are learning to depend more on God. God has also used this tragedy to unite the church. It has sparked a new sense of closeness, acceptance and motivation for evangelism. The members have also gone above and beyond to support the Suárez-Rico family. In addition to praying fervently, on many occasions, members have visited Yahir in Albuquerque where he receives his treatment.

We are thrilled that a church that once had low attendance is now a vibrant multicultural church that has 125 people attending regularly. Praise God! We have seen Genesis 15:20 before our eyes;what Satan intended for evil, God intended for good! This tragedy was a catalyst for unity and now Yahir’s greatest desire is to regain his physical strength so that he can share his testimony and continue to tell others that Jesus is coming soon!