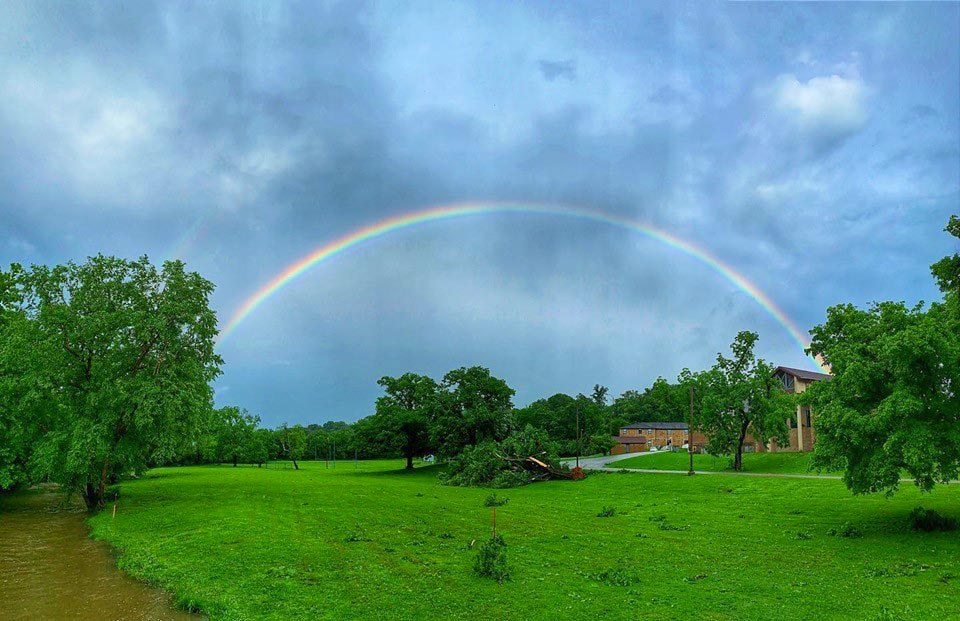 GENTRY, ARK. – The Arkansas-Louisiana Conference 2019 Northwest Arkansas camp meeting, held May 28 to June 1, was like none other. Even before it began, two important contributors made selfless decisions that blessed the program. Although her father-in-law died unexpectedly just before camp meeting, Shawna Mason, cafeteria manager at Ozark Adventist Academy, made the decision to stay on campus to supervise meals. Paulet Howard, one of the scheduled speakers, also had a difficult decision to make with his wife, Kathy, in the hospital awaiting a kidney transplant. Howard decided to come, and on opening evening, following the powerful testimony of James Black of the North American Division, Black invited pastors to surround Howard as they implored God’s special blessing of healing on his wife.

Wednesday morning meetings went well until a storm hit right as Alex Rodriguez of the Voice of Prophecy began his session. The electricity went off and suddenly everything was pitch black. Although he tried to continue, it was just too noisy with the raging storm. Small groups gathered throughout the church sanctuary praying for God’s mercy over the camp meeting and the campers in the valley below the church.

We serve a mighty God. By 2:30 p.m., the electricity was back on. Several trees were down, but there was no damage to the facilities. The campers were spared and there was no flooding in the valley. The service that night ended with a beautiful photograph from member Josh Ray, which served as a reminder of God’s promises.