Trusting Him with the Big and the Little Things 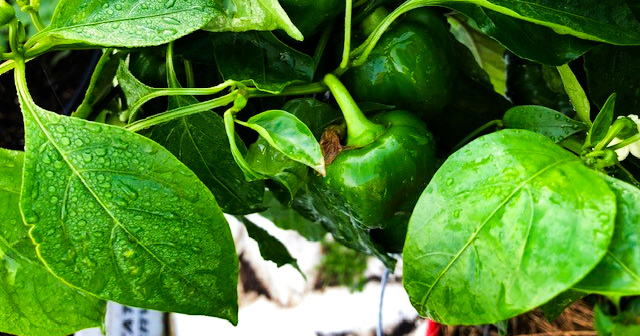 SHREVEPORT, LA. – I planted my garden in early March this year because of the shelter-in-place directive issued by the State of Louisiana. I wanted to have fresh produce to enjoy and enough to freeze for later, so I planted early. I knew I was taking a chance because there could be a late freeze, but I dedicated the garden to the Lord and asked that He would bless it, not only so my wife and I could enjoy them, but also so we could share the bounty.

In late April, we took a short walk. After we returned, the sun was still high in the sky, so I watered my garden. I picked a few tomatoes and broccoli. I noticed that my squash and zucchini plants were starting to bloom and already had many baby squash on the vine. My pepper plants were peppered with bell peppers. The green bean vines were starting to flower, the purple hull plants were growing and our okra plants were about five inches tall.

That night a storm brought heavy rain and hail. I watched the yard turn white with the small hail. I reminded the Lord that this was His garden and asked Him to please shield it. The next day, I went out to the garden, and tears were held in check as I surveyed a miracle! God had protected every newborn plant in His garden! Despite the pain and suffering during this pandemic, know that our omniscient, omnipresent, omnipotent and loving God is in total control of our universe! Psalm 34:4 says, “I sought the Lord, and He answered me; He delivered me from all my fears.” He even preserves a garden during a hail storm!