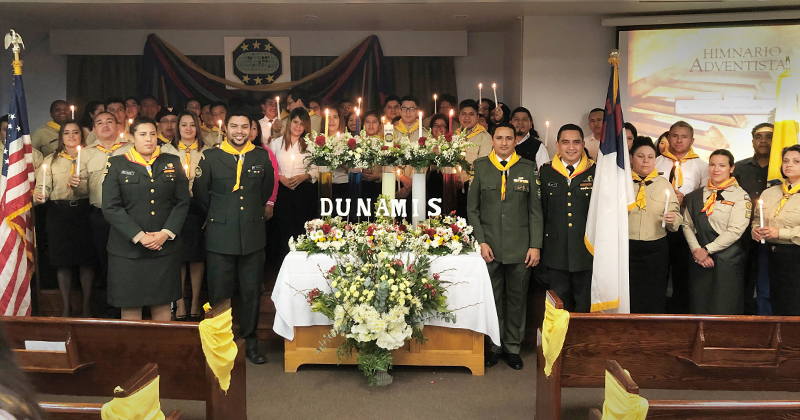 SHREVEPORT, LA. – Young adults from Southern Louisiana desired to grow and develop as God-fearing leaders who would be there for each other and for younger generations.

The idea materialized as the first official Master Guide Club in Southern Louisiana. The area is mostly composed of smaller churches, so they decided to come together from their various churches to form one club initially. That way they could learn, strengthen and encourage each other, and at the same time, develop their leadership skills. The end goal would be to take these tools back to their local churches and either start or grow their local churches’ club ministries programs.

There are 67 Master Guides from seven churches officially registered in the new club, named Dunamis, which means power! They chose this name as a reminder that with God and His power, the club has the potential to do great things for Him.

The Club had its official induction ceremony on Feb. 15 and then, on the weekend of March 7-8, they received their first training, courtesy of Texas Conference Master Guide directors. The training included everything from how to properly start and organize a club ministry to classes on how to be effective leaders. The 67 members are committed to completing every requirement expected and hope to continue developing as Godly leaders, rightfully trained to help finish the work!