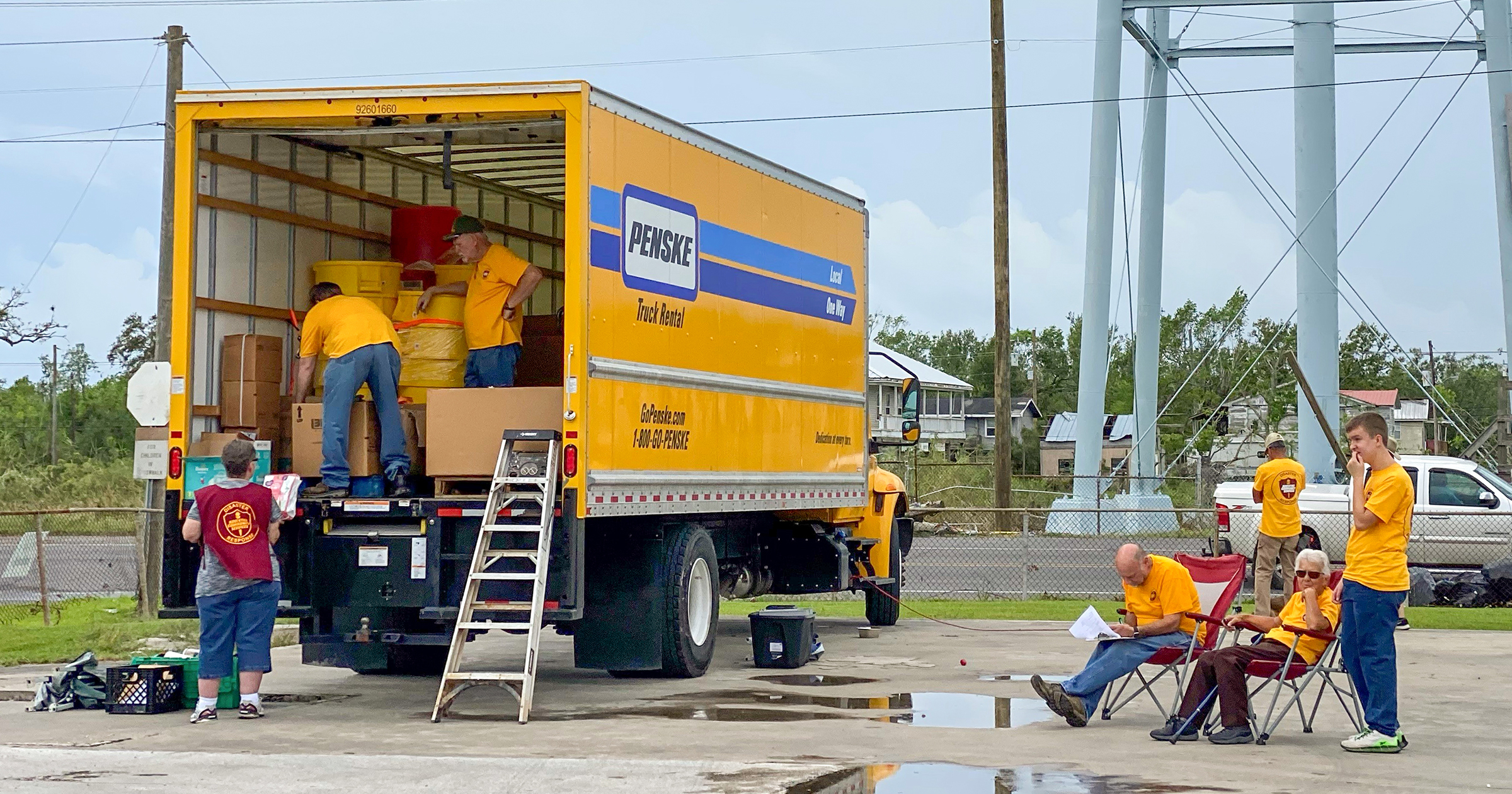 HAMMOND, LA. – Some of us from the Hammond Seventh-day Adventist Church have had the privilege of spending the day with Adventist Community Services (ACS) “down on the bayou” in Dulac, La., helping with disaster relief. I know it has been several months since Hurricane Ida made landfall, but even with so much time having passed, the needs are still great. I am reluctant to share the few pictures I was able to take because they don’t do justice to what we witnessed. Not only the devastation I could see with my eyes, but the heart wrenching stories from the lips of the survivors as they continue to try to move forward. The roadsides are nothing but piles of debris that used to be possessions. Things that used to be important to someone are now reduced to rubble.

Most of the people I spoke with were still displaced from their homes. Some were in tents because their houses were too moldy to be habitable. Some were living in their cars, many were staying in FEMA provided lodging, while others had been staying with friends and family. The neighborhoods (the lucky ones) are a sea of blue tarps, while others have no roofs at all. Many people told us their homes are unrepairable and a complete loss.

But the spirits are surprisingly upbeat. Many organizations are helping where they can. The local fire-station provided free lunches as did several churches we passed. A boy with a four-wheeler was making deliveries to people who couldn’t come get their free meal.

Our group helped in a less expected way. We had volunteers from Arkansas and Louisiana and even Michigan. We showed up in a Penske truck and handed out large trash cans, buckets, cleaning supplies, toiletries, blankets, cots and boots. These are all needed items in “Hurricane Central.”

I can’t tell you how happy people were to get trash cans. It seems like a little thing, but a trash can means you can clean up, you can start making a difference. It represents starting over… a new beginning. The same for buckets and cleaning supplies. Apparently, people were hard pressed getting their hands on supplies like that, and when they found out we had them, they came.

A number of people showed up barefooted or with nothing but sandals. They were overjoyed at the free boots. One lady said she was tired of the mud squishing up between her toes because all she had to her name were flipflops.

Just because Hurricane Ida is now old news, doesn’t mean everything is back to normal. It’s not! Please continue to keep South Louisiana in your thoughts and prayers, and consider making a donation or volunteering. The needs are still great… anything helps.

The Arkansas-Louisiana Adventist Community Services Disaster Response (ARKLA ACS DR) team is on the ground in Louisiana and in Arkansas. Before we are finished with one area another area is experiencing difficulty. You can donate online anytime and if you would like to volunteer, contact Lavida Whitson, ARKLA ACS DR director at 501.317.9007.