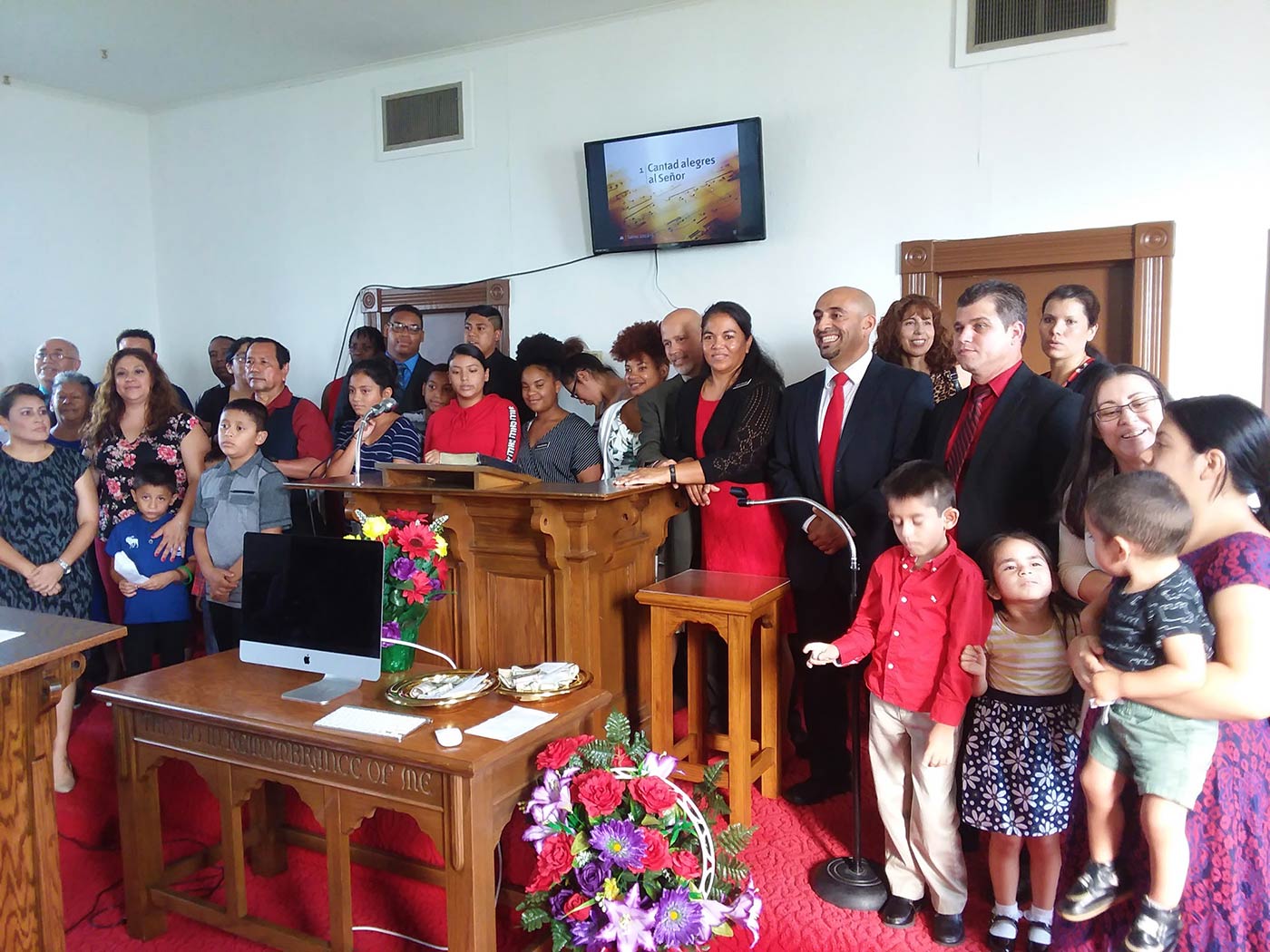 HAVANA, ARK. – Church bells rang out at 4:00 p.m. on Aug. 18, alerting the community that something special was taking place in Havana. The surrounding community had been invited to join with the Ola Spanish Seventh-day Adventist Group as they gathered to celebrate both the organizational transformation from a group into a company as well as the the welcoming of a new facility in Havana. Thus, the Ola Spanish group met for the first time in a new church building, which had previously been an old Presbyterian church, while also becoming the Havana Spanish Seventh-day Adventist Company. Aymer Plana, pastor, officiated the event. A ribbon cutting kicked off events which included a message from Arkansas-Louisiana Conference Executive Secretary Juan Borges, special music and more. Finally, 37 individuals from the Ola Spanish group made their way to the podium to sign the book as charter members of the Havana Spanish Company. Joyous fellowship with a meal followed.