In Concert at Ozark 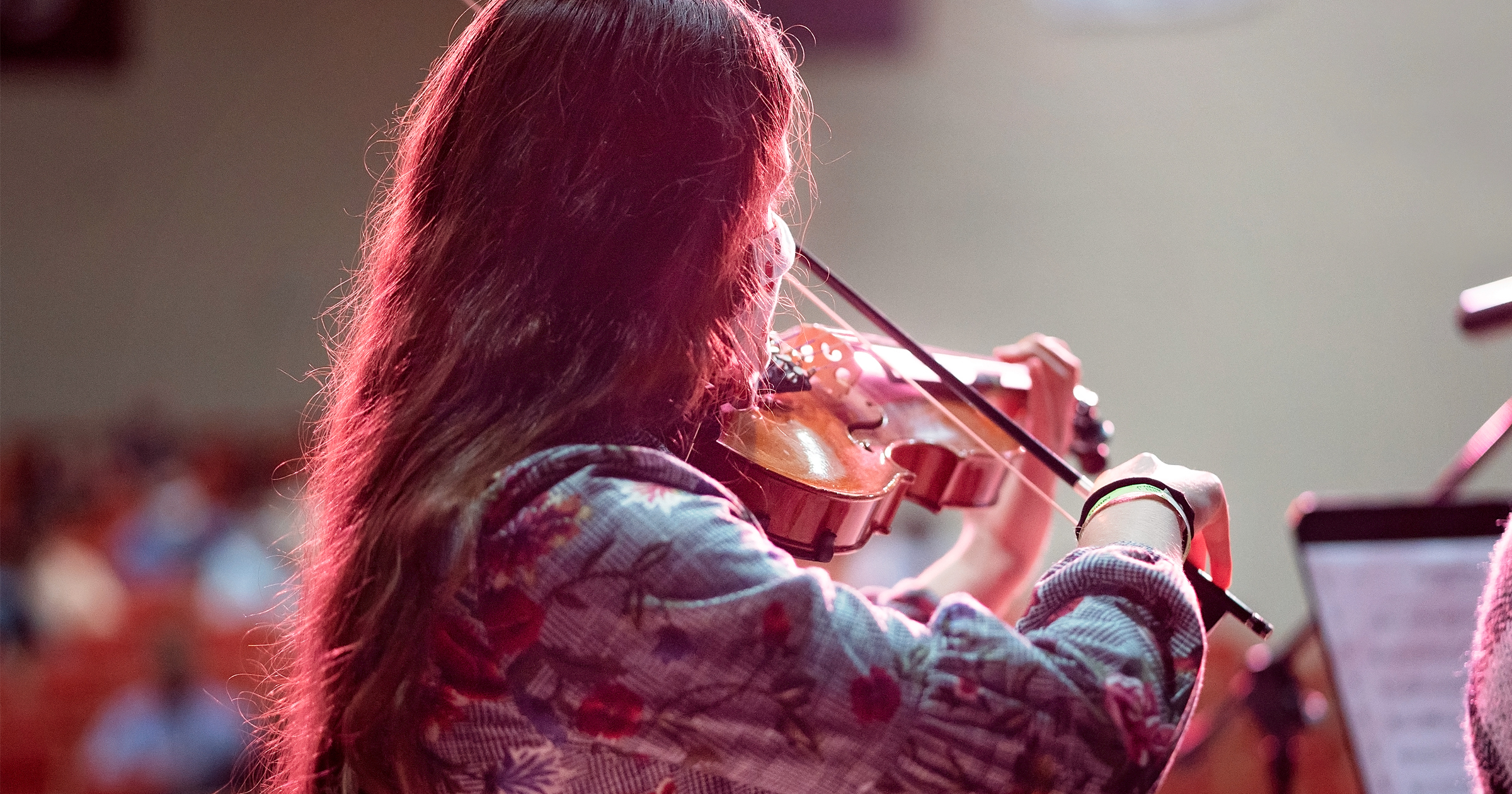 GENTRY, ARK. – He stood there on the stage, his cheap little violin clasped in his ten-year-old hand. Whether or not he was trembling in that nearly empty concert hall that day, he did not say. But as he lifted his violin and the notes from Beethoven’s Violin Concerto echoed across the room, he didn’t just play for the two gentlemen auditioning students for their conservatory. He played for a heavenly audience. As the notes struck the hearts of his listeners, he did not see then what he can see now. He didn’t see how that one movement from Beethoven’s Violin Concerto that he had learned without a book or a teacher, but only by practicing with an old donated record player and a single record, would gain him a full scholarship to the conservatory. He didn’t see that one of the judges had been a student of the violinist on that record.

Jaime Jorge, now a master violinist himself, told this story during the vespers service at Ozark Adventist Academy on Oct. 16, 2020. His concert was combined with personal stories of God’s guiding hand in his life. He shared that, at times, the path in front of us may look as if our life is falling apart and God is not working on our behalf. But it is just as it says in Romans 8:28, “That in all things God works for the good of those who love him.” Towards the end of the concert, nine students grabbed their instruments, from violins to saxophones, and joined him for several songs. It truly was an awesome evening and was a reminder of the words of the hymn, “Surely the presence of the Lord is in this place.”