Adventist Community Services On the Ground in Louisiana 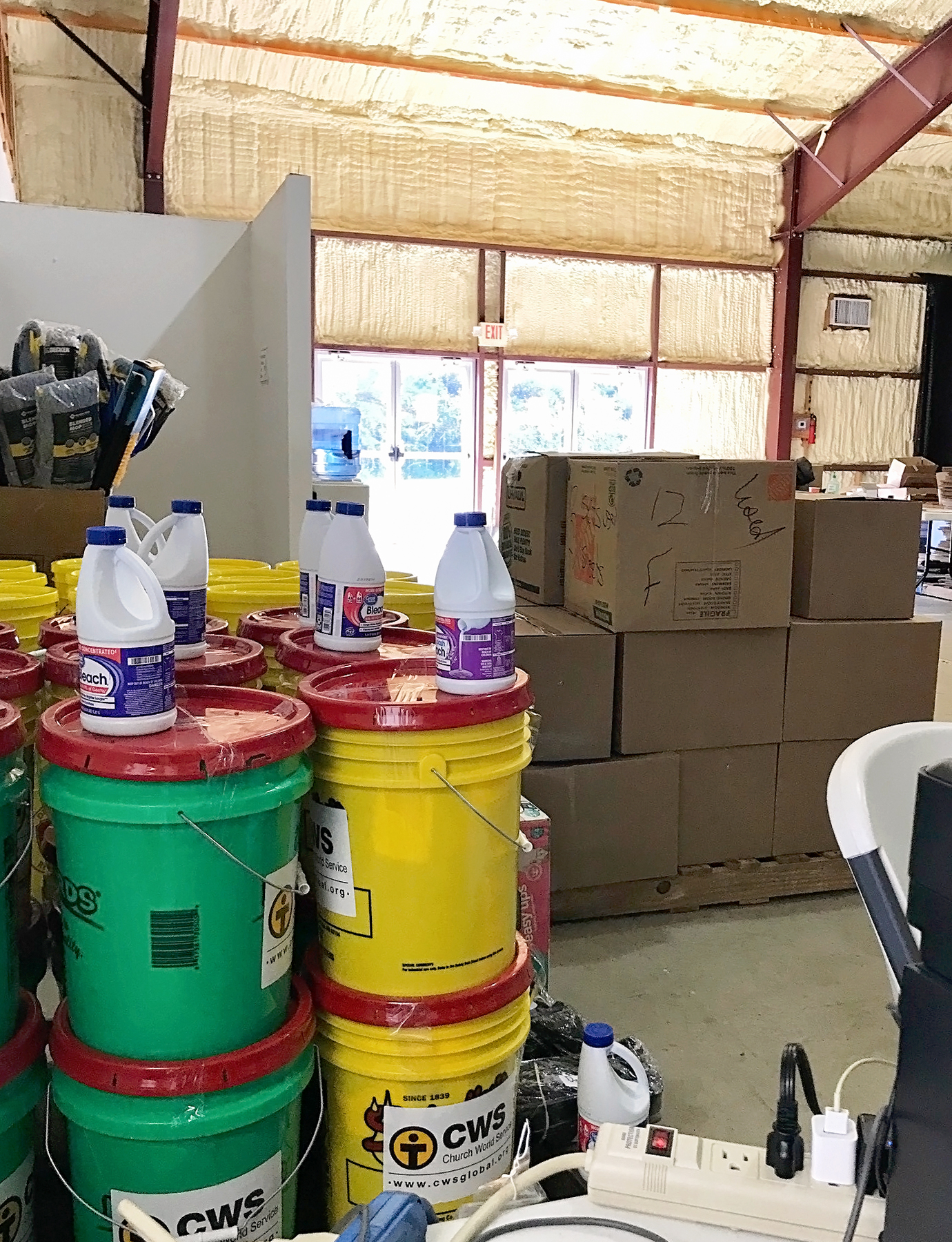 SHREVEPORT – It’s interesting that while the COVID-19 pandemic slowed down a lot of things in the world, it didn’t seem to faze the winds and waves of destruction of natural disasters on the southern Gulf Coast.

During the summer and fall of 2020, Arkansas-Louisiana Conference Adventist Community Services Disaster Relief Director (ACS DR) Lavida Whitson and her team had to adapt to some of the new safety regulations put in place by the government due to the COVID-19 pandemic.

Instead of running a warehouse for supplies for other teams and entities as they normally would do, they themselves had to become a mobile unit and take the needed supplies to the affected areas for direct distribution. Volunteers became the manpower to take supplies out to the ravaged areas.

During this time, our team was contacted by Southwest Region Conference members in the Lake Charles, La., area. We learned that their new ACS director had a stroke and they were in need of assistance. One of their Pathfinder directors came to the warehouse in Hammond, La., and was given a crash course on how to screen callers and take down the proper information on paper in order to satisfy state requirements; then they formed a new team of volunteers to help get supplies out of the Hammond warehouse to the disaster sites. It was a wonderful working relationship.

Three Southwest Region Conference churches banded together and hired a U-Haul to work as a mobile unit. They served 21 families that were in need of supplies. We had eight donated pallets of all new clothing: gym shorts, t-shirts, dress shirts, new shoes and some baby clothes. It is difficult to put these things on the mobile units for distribution, but the Southwest Region Pathfinder Clubs in the area were able to plan a successful local giveaway.

During a drive-through distribution that we held in Rayne, La., we met one woman who shared that she’d had minor damage with Hurricane Laura, but then when Hurricane Delta hit, she’d lost a large number of shingles from her roof, allowing rain to damage everything in her home. She was very grateful for the cleaning supplies we were able to give to her.

Another woman in Lake Charles reached out for help after she lost her home. Her mobile home had been severely damaged by Hurricane Laura and she’d had to evacuate. When she could come back to her home, she’d found that, beyond the storm damage, people had broken in and stolen everything of value. They had broken her doors and windows. Everything was wet and scattered and just an overwhelming mess.

She had no family nearby to help, but she remembered that Adventist Community Services had helped rebuild homes in New Orleans after Hurricane Katrina. While cleaning up the mess, she found a phone number for Minnie McNeal, who was an ACS director from the Columbia Union Conference, who has now retired. Minnie called the Arkansas-Louisiana disaster team in Hammond and told us of this woman’s plight. Another friend whom we worked with during the rebuild had a vacant rental home. We all worked together to provide her with a place to stay and needed items. She is so thankful and wanted to share her gratitude with everyone who helped with the relief efforts. We have been able to give her blankets, bed linens, towels, dishes, silverware, pots and pans, kitchen utensils and a knife set. Others have found her some furniture and two beds.

“Whatever you did for one of the least of these brothers and sisters of mine, you did for me.” Matthew 25:40.