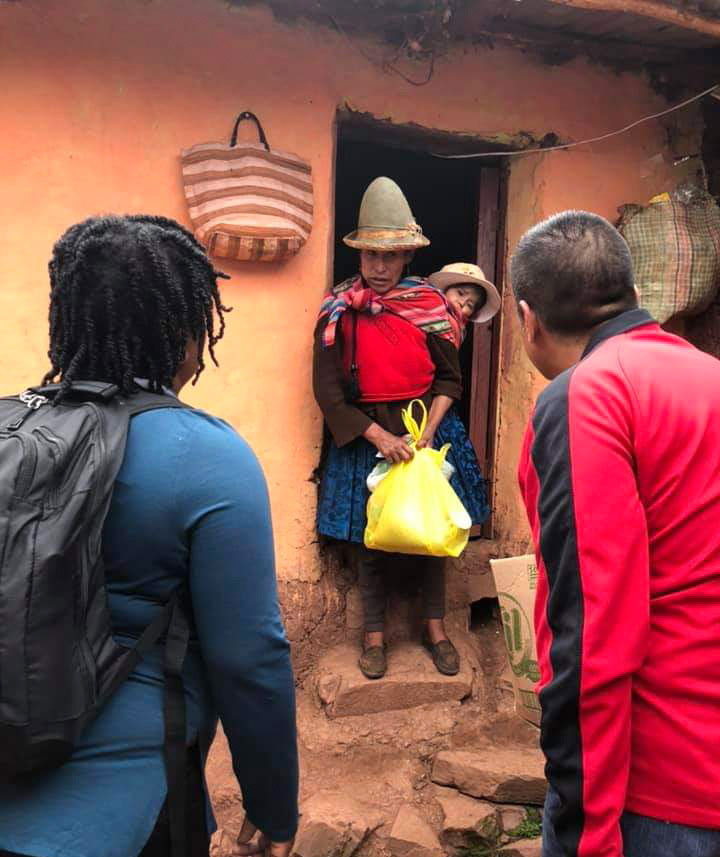 SHREVEPORT, LA. – Thirty-eight Arkansas-Louisiana youth and young adults finished a two-week mission trip to Peru during the winter holidays. The group made the long journey to Cusco, Peru where they had the privilege of sharing Jesus. Over 250 showed up for the children’s program where they learned about the armor of God. The children did crafts, played games and received a bag filled with crayons, pencils, erasers, notebooks, candy, glue and balloons.

The group assembled food bags with rice, lentils, sugar, pasta, canned milk and cooking oil. Over 800 bags were shared and it was a blessing to see how people directed us to the children and families who needed it most. That touched us because we knew they all could use the gifts we were offering.

Ken Blundell and the Grant family were assigned to a small country church, the furthest away from Cusco, where they sang and did a puppet show. The church enjoyed the group so much they persuaded them to hold a second meeting in another church in Estookachi, about 15 minutes away.

This group was so far out of Cusco they had their own van and a driver named Juan. One night during the meeting in Estookachi, Blundell talked about baptism. Juan came to that meeting and sat in the back as Blundell made an appeal to give your life to Jesus and be baptized. Juan stood up and made that awesome decision and began taking Bible Studies! On the last Sabbath of the trip, Blundell had the privilege of baptizing six wonderful souls at a lagoon; there was a total of 14 baptisms from their efforts in Peru.

The trip was a life-changing experience for the group. The food we gave out did not cost as much as was expected, so the extra money was divided among the churches we served. The Quechuans group has been diligently saving money to build a church of their own. They had raised about $200, and were thrilled at the $3,800 they received. They are ready to build!

The country was beautiful and interesting, but the people were the jewels that God loves. We encourage you to join a mission trip this year. God can touch your life in an incredible way as you serve others.