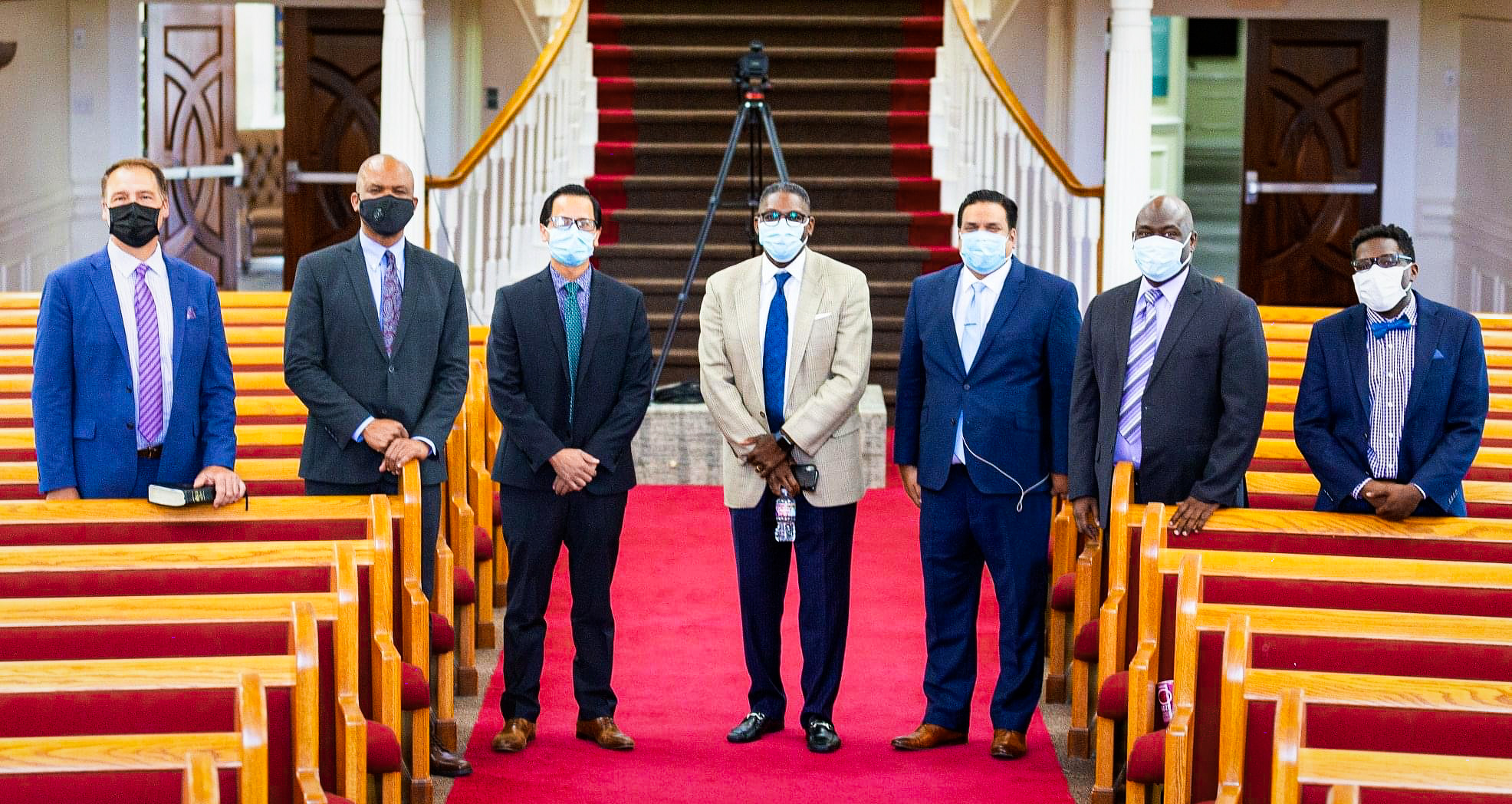 HOUSTON, TEX. – “Recognizing the restlessness of the country regarding race relations and the seeming indifference from the Christian community, local pastors in the Houston area said, ‘enough is enough, it is time to talk,’” shared Kenn L. Dixon, vice president for communication and public relations.

The inaugural Houston Pastors’ Roundtable was held on June 13 at the Houston West Seventh-day Adventist Church. The emotive and complex subject of racism was discussed in depth.

Panelists represented different parts of the city of Houston from both the Texas Conference and the Southwest Region Conference. This multicultural group of pastors and friends featured in the photo above include (from left to right) Eric Smith, Denton Rhone, Salomon Espinoza, Keith Goodman, Ashwin Somasundram, Roderick Bishop and Jifiah Reeves. This historic and interactive event was streamed live via Facebook and YouTube and was watched by thousands of viewers.

The rationale for this program was based on the horrific racist murders of George Floyd, Ahmaud Arbery, Breonna Taylor and countless others at the hands of the police. In the aftermath, we noticed something profound taking place as thousands upon thousands of diverse protesters in every city in the nation, indeed, in the world, stood up and spoke out against racism towards Blacks by the police, which has tragically ended in death.

The conscience of the nation had been awakened and we were witnessing a seminal moment. Hence, as pastors and friends, we felt it important to gather together and speak to this watershed moment, speak to this moment with the purpose of bringing healing and racial reconciliation to our churches and communities, for many of our church members and friends in our communities were struggling with how to respond to this social crisis.

The response to this event was overwhelmingly positive from members, pastors and church administrators. They appreciated the panel framing this discussion within a biblical and Adventist context, sharing their personal experiences of police racism and harassment and sharing words of hope for the future. The program was an important first step on a journey that will include regular monthly Round Tables that will tackle hot subjects such as racism and the Seventh-day Adventist Church.

From Los Angeles to Miami, Dallas to New York, our nation is trying to make sense of the recent deaths of Ahmaud Arbery in Georgia, Breonna Taylor in Kentucky, George