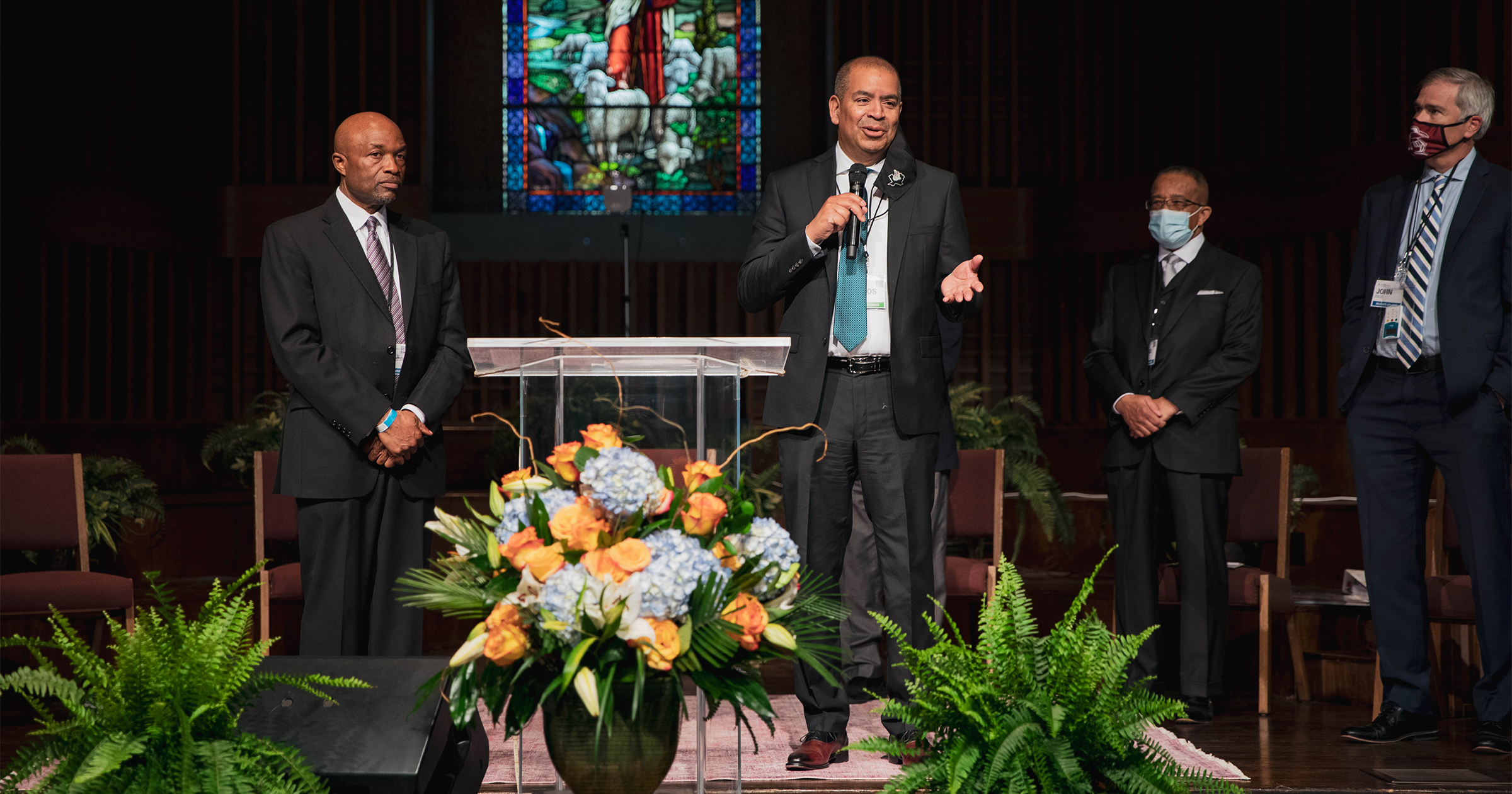 KEENE, TEX. – Carlos J. Craig, having served as president of the Texas Conference since June 2011, was voted to the position of president of the Southwestern Union Conference at its 31st Constituency Session, held April 25, 2021, at the Keene Seventh-day Adventist Church in Keene, Tex.

Upon his election, Craig shared that it was a “daunting honor to accept the nomination. It’s a new stage for me, but I’ve always been open to God’s leading. Thirty-four years ago, when God gave me a chance in ministry, I promised Him to do whatever He asked me to do. Sometimes you have to be careful when you do that...God has an interesting sense of humor in asking me to do this, but I prayerfully accept, by God’s grace."

Craig was born in Wichita, Kan., in 1961, and was adopted at three days old into the family of a Seventh-day Adventist minister. He spent his youth in Kansas, Florida and Colorado before studying theology at Montemorelos Adventist University in Mexico.

Craig and Leticia reside in Cleburne, Tex. They have three adult children, Danette, David and Daphne, and three grandchildren.

At the close of the constituency session, the newly-appointed Craig shared closing remarks with the delegates, saying “As we close this session for the Southwestern Union, we want to acknowledge the presence of God that has been with us throughout the day. We go forward with the promise that He is with us always until the end of the age. And so, continue to pray for us as we pray for you.”

Craig will assume the duties of the presidency in May.