Pastor and a Faithful Few 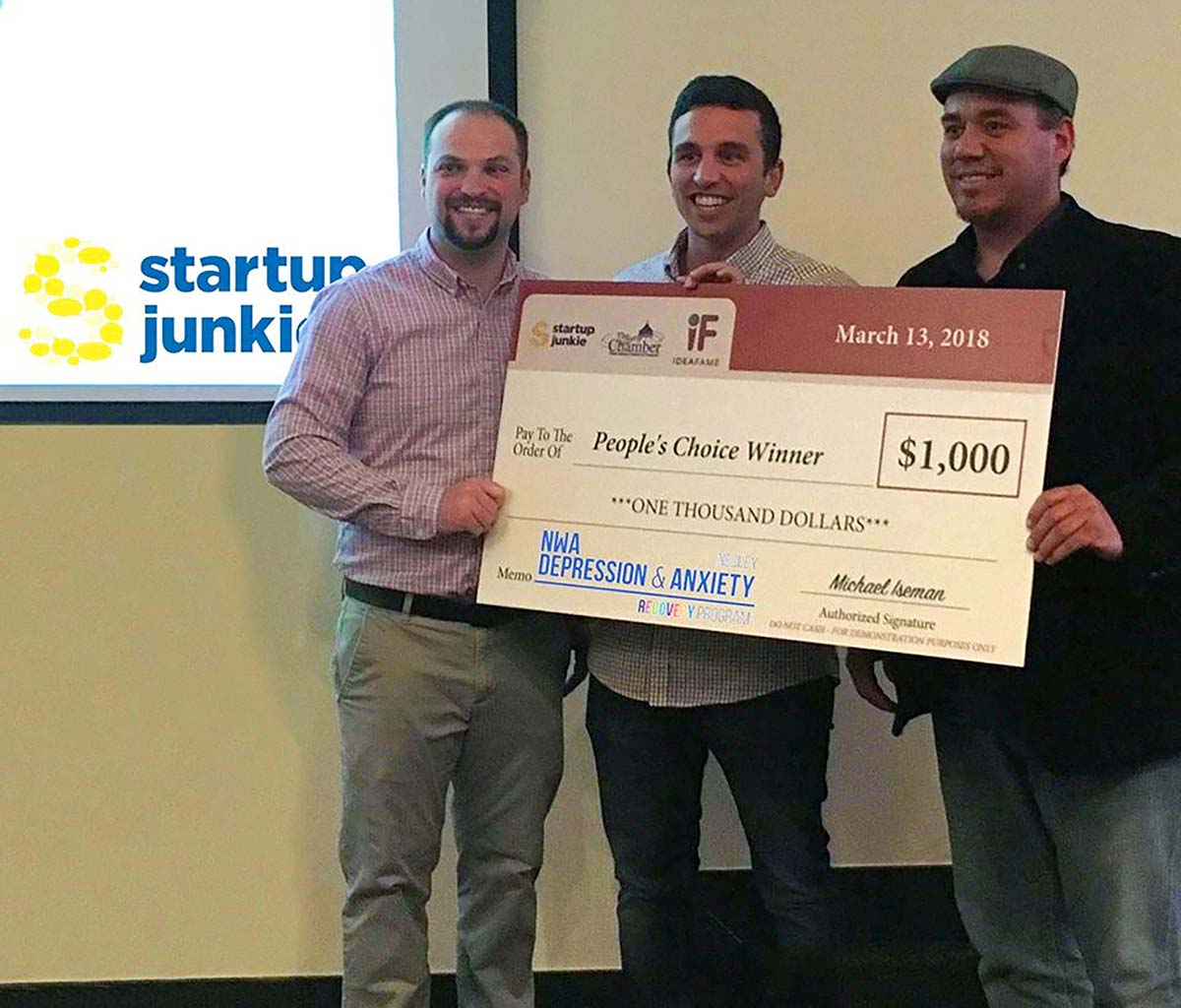 BENTONVILLE, ARK. – In Judges 7, Gideon starts out with 22,000 Israelites to take on the Midianites in battle. At God’s command, that number is reduced to 10,000 and then again to only 300. With a faithful few, God can accomplish miracles! The Bentonville Seventh-day Adventist Church recently experienced such a miracle.

This success prompted the church members to look for ways to continue, but on a larger scale. The goal was to find more money for seminar scholarships to help grow the program and reach more people in the community.

In a brainstorming session for fundraising ideas, one church member suggested taking part in a local idea pitch contest where we might be awarded $1,000 for our depression recovery program idea. With only a few days to implement this idea, we reached out to church members. We hoped to get enough church members to attend the event and cast their vote so we might win the award by popular vote.

On the night of the contest, we only had eight church members present in a crowd of over 100. The odds didn’t look to be in our favor for the popular vote. We started praying that God would help us take home the award for our program anyway.

As contestants began to come forward and deliver their 60-second idea pitch, our faith was stretched even further. Many of the contestants had great ideas and were well prepared to give their pitches. We wondered if we’d have a chance. Through faith and prayers we requested a miracle.

Finally, it was time for Belew to pitch our idea. As if speaking with good friends, he delivered his 60-second message to the crowd. He sincerely shared with the audience how our depression recovery program can help people live to their full potential. When he finished, we were encouraged and knew that the Lord had indeed spoken through him just then.

It took some time for the votes to be tallied, but, soon the winner was announced. Belew had won the people’s choice award and the $1,000! It was truly a miracle! With only a faithful few church members in the crowd to vote, we still won! God had indeed moved the hearts of many in the crowd to cast their vote in our favor. These funds will substantially help in growing the depression recovery program at the Bentonville church.