Performing for a Cause 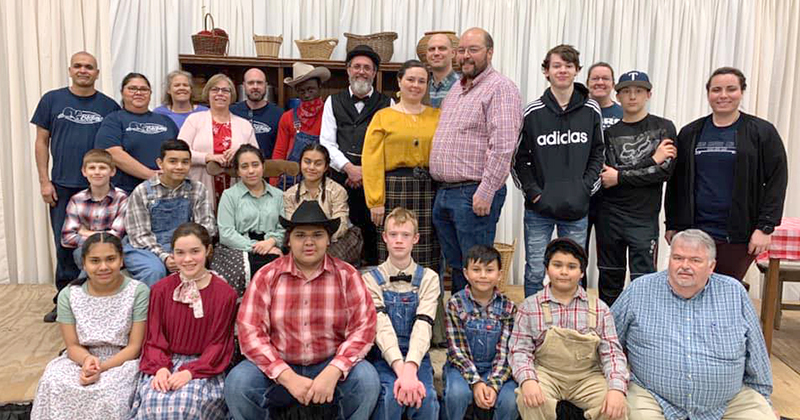 BENTONVILLE, ARK. – The Bentonville Beavers Pathfinder Club held its 19th annual Valentine Dinner Theater fundraiser on Feb. 16. The event’s live stage drama, entitled “Sarah,” was set in 1910 in Kansas and followed the story of a well-known classic children’s book. The cast members for the drama included staff and members of the club.

Nearly 100 guests from the community and neighboring churches attended. A country picnic-inspired dinner was served during intermission. Also, booths were open where guests could learn pioneer-style skills such as butter churning, rope making, candle dipping and more! There was also a country store where guests could purchase home-baked goodies, homemade jams and jellies and crafts made by some of the staff members.

The program began with only one or two children attending and has now grown to more than 10 children who come to each meeting. The Pathfinders plan to start an official Adventurer Club at the church this summer, which will be kick-started by a week-long kid’s day camp.

The performance and more can be viewed on our YouTube channel, “Pathfinder Strong Channel.” You can also follow our mission project on Facebook by searching for “Sulphur Springs Kid’s Day.”