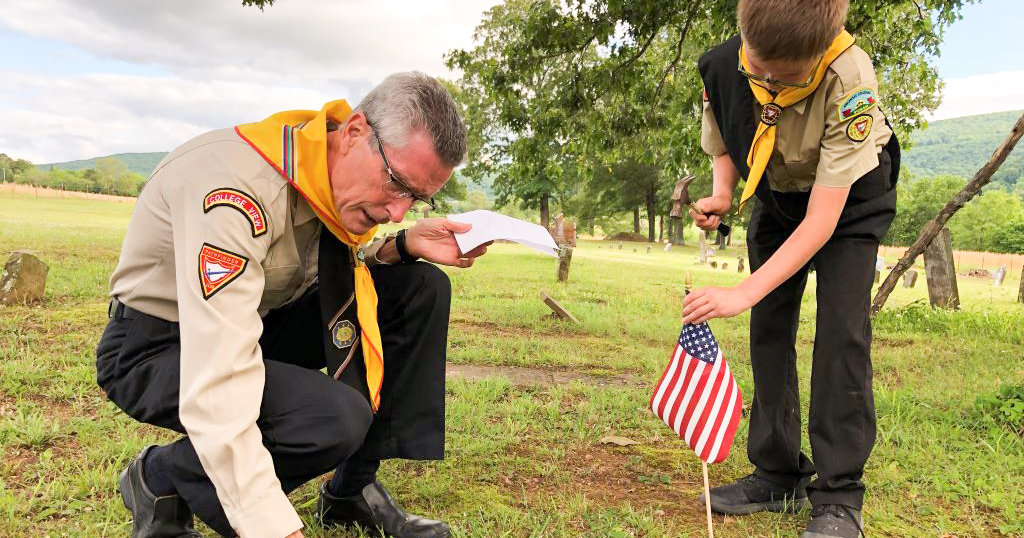 MOUNTAIN VIEW, ARK. – Each year for Memorial Day, flags are respectfully placed at every veteran’s grave in cemeteries all across the United States. Due to the pandemic and many people staying home, the local Office of Veterans Affairs was in desperate need of volunteers who would plant flags at such resting places across Stone County in North Central Arkansas.

The Mountain View Pathfinder Club jumped at the chance to make this one of their community service projects.

The club was given flags and a list of veterans for three different cemeteries. As it turns out, two of the cemeteries were well known to one of the Pathfinders, who had family buried in them. She had the privilege of placing flags to honor her own great-uncles who served the country in the military.

The Pathfinder club had not met in person for some weeks, so they were delighted to be able to meet again in person, serving their community in a socially distant activity in the great outdoors. Parents and siblings of the Pathfinders also participated. Club members learned about their local history, as well as American history as they discussed the various wars. They also learned the protocol for flag placements. Stones were studied, sometimes examined closely with use of fingers, to try to determine names and dates as they searched for the right graves.

The Pathfinders found this community service project a solemn activity, but a very enjoyable one. They all agreed that they wanted to do it again the following year.