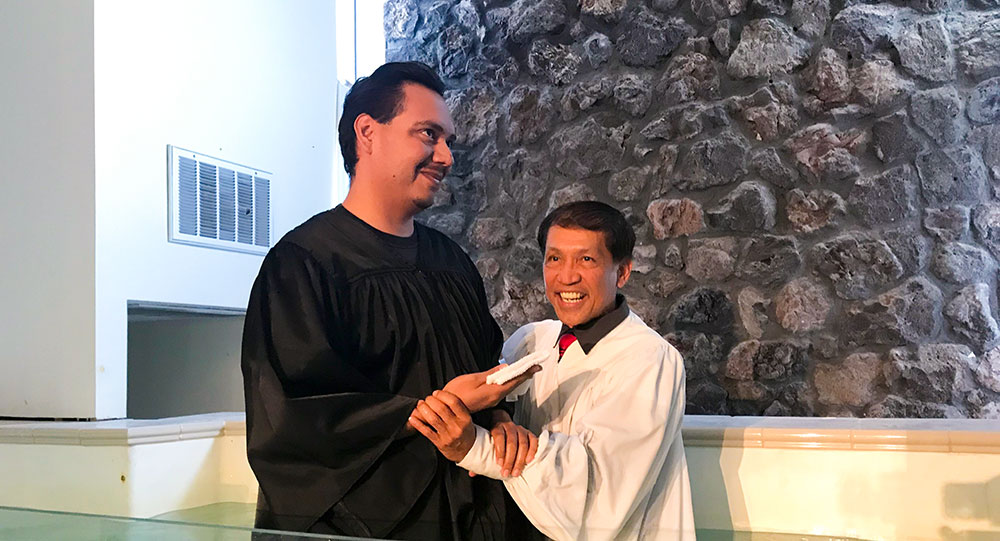 EL PASO, TEX. – “Don’t you have a saying, ‘It’s still four months until harvest’? I tell you, open your eyes and look at the fields! They are ripe for harvest.” John 4:35

I have heard it said many times that the hearts of this world are too cold for evangelism to work. However, what I have come to understand recently is that this statement couldn’t be further from the truth.

On Aug. 3, 2019, the city of El Paso, Tex. experienced a terrible tragedy as a lone gunman entered a crowded Walmart and unloaded his weapon into a crowd of back-to-school shoppers. As a result, 22 people died while many others were injured.

As the events of the El Paso shooting unfolded, I was only a few miles away preaching. Alerts of an active shooting filled the cellphones in the sanctuary and the church was temporarily put on lockdown.

As unreal as that was, the days following the tragedy weren’t any easier. There was a sense of fear and hopelessness that permeated the city of El Paso. However, what Satan means for evil, the Lord is always able to turn into good. For it was in that moment that the city needed to hear that this world and all of the pain it causes is not our home.

The evil things of this world were never intended for us to endure but because of one man’s sin, death spread to the entire world.

I truly believe that it was divine providence that God foresaw that the El Paso Central Seventh-day Adventist Church would be hosting an evangelistic series a month after the shooting.

We would be preaching the hope that Jesus will return to first resurrect those who have died in Christ and then we who are still alive will be gathered with them! As a result, we will be with the Lord forever, never to feel the awful effects of sin ever again.

I admit that on the opening night of the evangelistic series, I was not as optimistic as I should have been. An hour before the meeting, the senior pastor and I were discussing details and I encouraged him to put some chairs aside so it would not look empty when the program began.

But with patience and wisdom, he responded, “Don’t worry, they will come.”

Minutes before the program, the gym was practically empty. However, it was not long before people began to flood the room. What had once been an empty gym, to my amazement, quickly turned into a room full of hungry strangers longing for the hope that is found in the Word of God!

I could feel the anticipation from the audience. Night after night, the Holy Spirit showed up and inspired the evangelist’s messages of Christ’s imminent return and what we should do when we see evil and experience pain in this world.

Five weeks after the evangelistic series began,19 people gave their lives to Christ. Since then, the newly baptized members have continued to cultivate their relationship with Jesus through Wednesday Bible study.

What I learned from this experience is that what is impossible for man is possible for God. No matter what may be going on in our world today, we have this hope that gives us peace that surpasses all understanding.

I can say that evangelism is not dead! It is up to us to carry out the mission that Jesus confidently entrusted us with. It is an honor to share the hope that is found in the life, death and resurrection of our Lord Jesus Christ with our brothers and sisters that are longing for that hope!

Five weeks after the El Paso Seventh-day Adventist Church began an evangelism series on hope in the wake of the El Paso mass shooting tragedy, 19 people gave their lives to Christ through baptism.