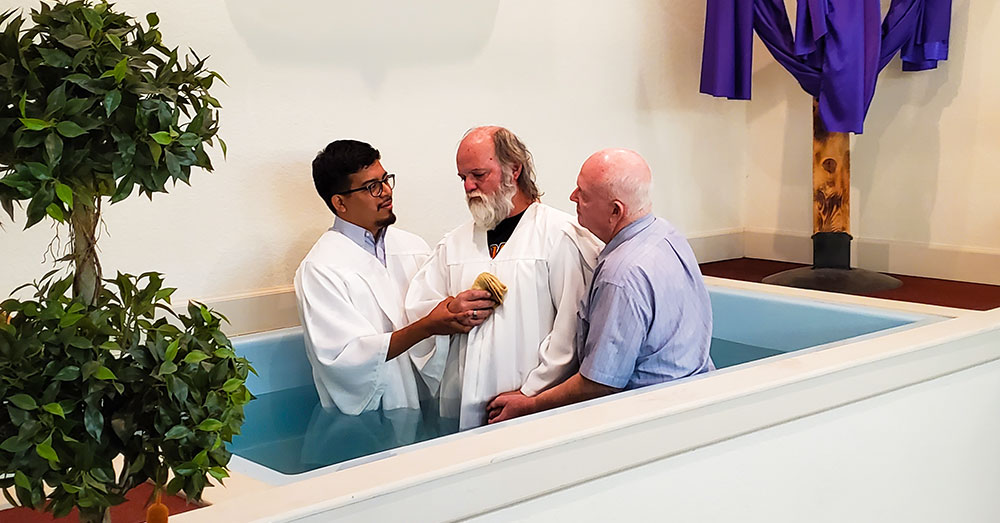 DALHART, TEX. – On Nov. 30, 2019, extended family members Bill, Lynnae, B.J., Ashley and Bryan Ballew were baptized at the Dalhart Seventh-day Adventist Church. The church was blessed to witness their declaration of love for Jesus. These five individuals’ baptisms and their commitment to Jesus were not a result of an evangelistic series or community outreach but rather from remembering what their parents and grandparents had taught them years before.

Bill grew up spending lots of quality time with his paternal grandparents and learned about Jesus at a young age. His father, Russell Ballew, Dalhart church’s head elder, also taught his family about God’s love. As Bill grew older he drifted from God, but the Holy Spirit often reminded him of what his grandfather taught him on the days he worked with him on his farm. Over the years, as his grandparents grew older, Bill and his wife, Lynnae, took care of them. At their passing, Bill and Lynnae were deeply impacted and realized the need of God in their lives and marriage.

“Losing someone so close to you is really hard,” said Bill. “But I was reminded of my grandparents’ example. They led a Christian life and depended on God.”

B.J. and Ashley had experienced difficult phases in their lives, but now as parents of two little girls, they realized they wanted to put their kids in God’s hands and dedicate their lives to Him.

“We want the best for our daughters,” said B.J. “We realized that our great-grandparents felt the same way. They loved us. That’s why they prayed for us and taught us about God’s love.”

The Ballews’ testimony is a beautiful tribute to the power of prayer and a reminder that God continues to work in the hearts of those who stray from God’s path. Intercessory prayer is powerful and, as members of the Dalhart church, we know that the Ballews’ did not make their decision for Christ out of sheer coincidence or a random epiphany. No, their family had faith in the promise of God and He answered their fervent prayers. Parents, grandparents and great-grandparents never give up on their children and neither does God!