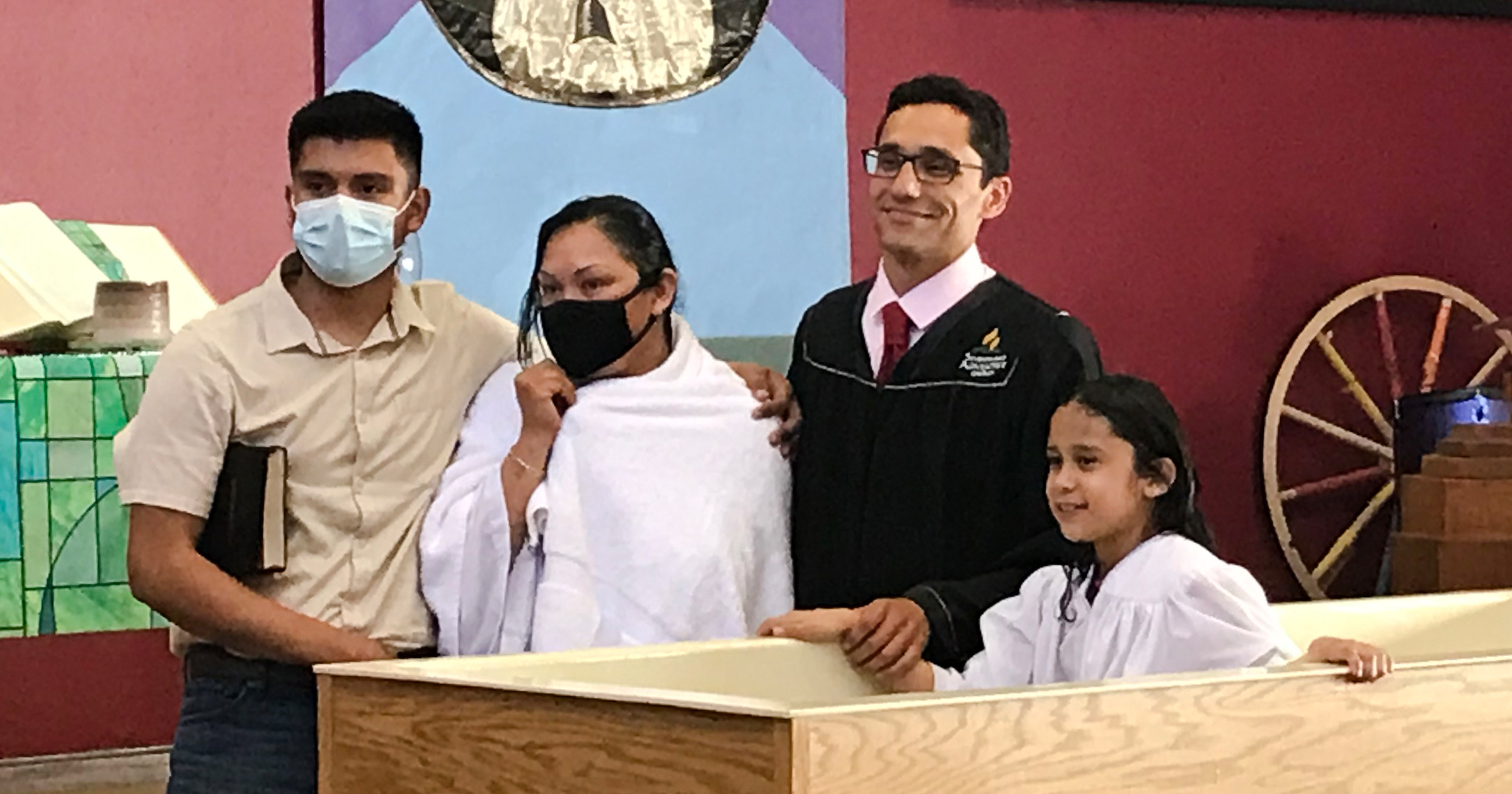 SANTA FE, N.M. – Two years ago, at the start of the pandemic, the Spanish Seventh-day Adventist Churches in Santa Fe joined to create a prayer group that started meeting via Zoom each morning at 6 a.m. Since then, the group has not missed a day to intercede for church families and friends of the community. They also study God’s word and enjoy sharing stories of the work God is doing through their prayer ministry.

“Pandemic is a terrifying word, and it has impacted us in different ways,” said Laura Terrazas, member of the prayer group. “However, we have experienced many blessings, and witnessed miracles, during this time of things we thought were impossible.”

In late 2020, the group prayed for Luis Tena who had received Bible studies from his wife but was still undecided about giving his life to Christ. At the time, Luis was hospitalized with COVID-19, and his condition was critical. He later told the prayer group that one night, when he was struggling to breathe, he told God that if his health was restored, he would give his life to Him. That night, his condition improved, and he was sent home a few days later. Over several months, members continued to see answered prayers. A mom in the group prayed for her son one morning then later found out that he had been spared from a life-or-death situation that day. A wife who had been praying for her husband for a year, shared that he had decided to be baptized. A daughter whose mom was told by doctors that she only had a few months to live, enjoyed her mom’s presence for two additional years, then found comfort and peace after her passing. Youth who had stopped coming to church were starting to visit again. These are just some of the testimonies the prayer group has witnessed since they began to meet.

Moreover, in early 2021, their ministry expanded to more than meeting to pray. The group heard about Dori, a newly baptized single mother who was sick and had several needs. The prayer group collected groceries from church members and took her food.

“When we arrived at the house, we saw that her bedroom windows were sealed with cardboard. We could not believe it. It was cold, so it made sense why she was sick and suffering with bone and joint pain,” said Terrazas.

This need opened a new opportunity for ministry that we call “Manos al Rescate” or “Rescue Hands.” Members of the prayer group, along with other church members, jumped in to help purchase and install new windows while singing and praising God. The “Rescue Hands” ministry is still helping those in need today, repairing homes and working with emergency projects. The ministry not only helps with local projects but has expanded to assisting people in the neighboring city of Albuquerque, even going as far as Dimmit, Tex., to assist people.

The prayer ministry is growing, and they now have several groups that pray for more specific concerns like marriages and youth that have left the church. “It is an honor to be part of this prayer group,” said Terrazas. “In spite of the challenges of the pandemic, it has brought hope to our church. Our goal is to reach those in need of prayer, love and support, and to learn more of what God can do in their lives.”

The group continues to be encouraged by what they have witnessed, and they are committed to let God work as He leads them in their ministry. Nevertheless, the group has learned firsthand that God has no limits and when we go to Him with an earnest heart, His power has an eternal impact.