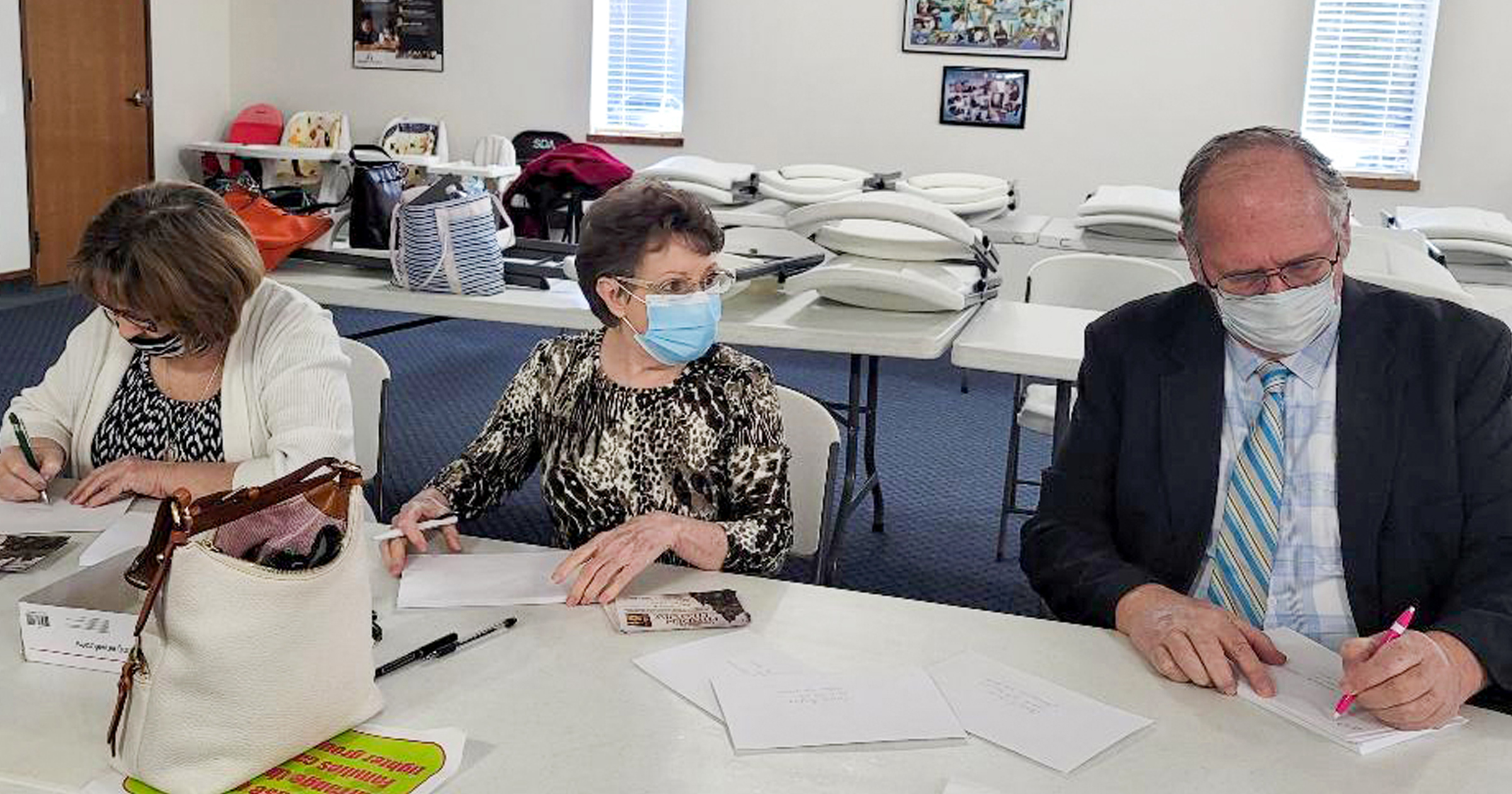 TEXARKANA – With the onset of COVID-19 and the resulting shutdown of our annual fair ministries, the personal ministry director, Brenda Litchfield, and husband Dennis, prayed about a different way to reach people with books and magazines. Then their Amazing Facts magazine arrived with an ad for doing mailings in the local area and Dennis was inspired. The Litchfields discussed their own personal donation and opened it to the church as a project.

To take advantage of the special pricing, they stepped out in faith and started the project with the intent of supporting it on their own. However, the Texarkana church board was enthusiastic and agreed to cover two zip code areas. The idea was shared with the congregation and the board agreed that if the effort proved successful, they would extend it to other zip codes. W.D. Weitzel printed a rough draft insert to place inside the magazine offering The Great Controversy book and asked Amazing Facts to include it in the mailing. They not only agreed, but offered to print it also.

We distributed in the first two zip codes and the church has plans to cover the rest of Texarkana. Amazing Facts called Weitzel for permission to use the insert in other areas where they are distributing the magazine. There are now cards coming in from everywhere, with some as far away as Alaska. Members helped address envelopes for those responding to the magazine, which included a letter introducing the enclosures of The Great Controversy, Hope for the Hurting and The Three Angels’ Message, along with a Bible study request card. The church requests the prayers of the entire conference family.