The Passion of Pursuit

Running the Race with Endurance 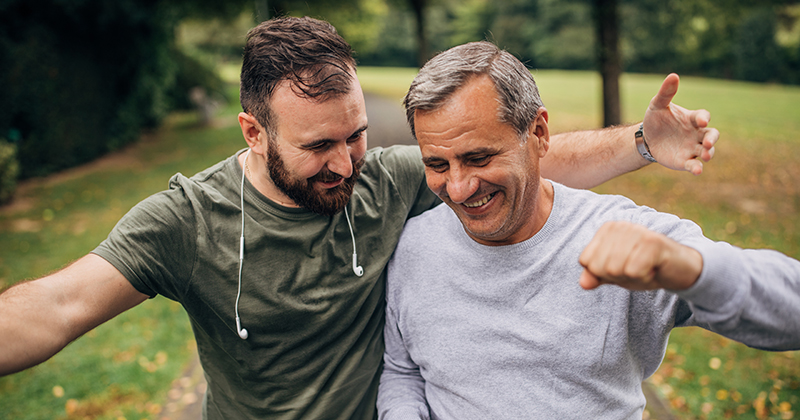 I was reminiscing recently and remembered my youngest son’s senior class trip in academy. Graduation was not far off and I know he was anxious to get finished. The pressure was on. Steven had been diligent and did his level best to see things through to completion. However, I watched him relax during those days on the class trip. He seemed carefree and the simple, little things were important. He and I had a lot of fun on that trip, including our afternoon at the go carts.

I grew up with racing in my blood and I loved to share that passion with both of my boys. And so, when Steven saw the go carts, he was ready to race. I asked him if he wanted to do that by himself or if he wanted me to join him. He quickly replied he wanted me to race as well. When we lined up to start, Steven was in the pole position. I was on the second row behind a young lady. Then a lot of others finished out the 16 cars in the race.

The flag dropped and Steven took off in the lead. I was stuck. The young woman didn’t know what pedal to push for several seconds. Even one of the track personnel had to point out what to do. Finally, she got going. Here I was in last place. Everyone else was long gone. I quickly passed her and off I raced to catch the other 14 ahead of me. One by one I began to pick them off. A little bumping here and there. A fake move and then a swing under passing move and I continued. I used every ounce of racing knowledge to pursue those ahead of me. I kept thinking to myself, what would Dale Earnhardt do next?

On the last lap, all that was in front of me was Steven. He looked back at me and I smiled and then passed him before I took the checkered flag. I remember what he told me after the race. “I saw you stuck behind that girl and I knew you were going to try with everything you had.”

I share that with you to remind that is the passion and the pursuit that is needed in our relationship with God. The apostle Paul says it this way in Philippians 3:13,14 (NASB): “Brethren, I do not regard myself as having laid hold of it yet; but one thing I do: forgetting what lies behind and reaching forward to what lies ahead, I press on toward the goal for the prize of the upward call of God in Christ Jesus.”

In Hebrews 12:1-2 (NASB) he shares, “Therefore, since we have so great a cloud of witnesses surrounding us, let us also lay aside every encumbrance, and the sin which so easily entangles us and let us run with endurance the race that is set before us, fixing our eyes on Jesus, the author and perfecter of faith.” This is the passion and the pursuit that is needed now more than ever before. May Jesus be the pursuit of your life!